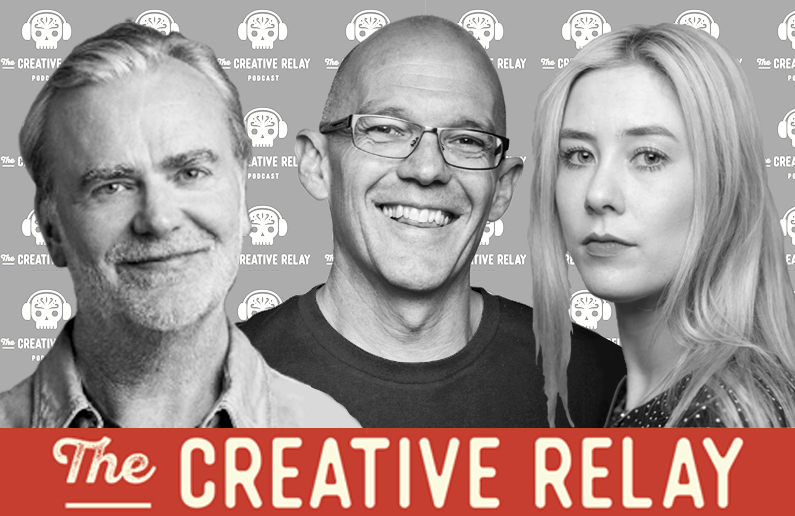 Smith & Western, makers of the highly successful and critically acclaimed podcast The Creative Relay, have pulled the trigger on the starting gun and proudly announce the launch of Season 3 with not one but two podcasts to start the relay off with a bang.

Recorded at the beginning of the year, the latest episodes of the popular industry podcasts are refreshingly free of any mention of COVID-19. According to Dan Higson, podcast creator and producer at Smith and Western, the changes over the past few months delayed the latest release.

Says Higson: “We considered re-recording to put the conversations in the context of COVID. But they are such great episodes – and really, does anyone need more talk about COVID-19?”

In Episode 1 the new relay begins with regular podcast host Paul Dunne firing off some challenging questions to Ben Welsh DDB CCO. Welsh moved to Australia to become a winemaker but ended up in advertising and 30 years later he is still there. He began his career as a junior copywriter at McCann before moving to DDB Melbourne and then M&C Saatchi for 19 years before landing back at DDB in 2016.

In this highly entertaining podcast, Welsh talks about his career in advertising which was nearly brought to an horrific end when he suffered an appalling bicycle accident where his back was broken. Welsh tells Dunne that he rekindled his passion for painting and writing during his recuperation. Finally finishing his novel before returning to work as CCO at DDB.

For host Paul Dunne, listening back to the episodes convinced him it was even more relevant in the current circumstances: “Ben’s brilliant and his observations still apply. Even though there’s been some pretty drastic changes recently, his chat reminds me there’s a post-COVID world ahead.”

Welsh agrees, saying that the themes of the discussion relate to the broader trends of the industry: “None of the creative issues we face have changed, they’ve only intensified. And creativity as a tool to solve business problems is essential now more than ever.”

In Episode 2, Welsh invites Mietta McFarlane from Droga5 New York in for a chat.

Recorded on a recent return visit to Australia, the New York-based McFarlane talks candidly about her career to date, Droga5 and what the future could hold.

Says McFarlane: “I was just so happy to have the opportunity to sit down and talk with Ben. We’ve known each other for years, so the conversation felt very natural and honest.”

For Welsh, choosing McFarlane as guest was an opportunity to talk about their shared history as well as current events – specifically her experience at Droga5 in New York.

Says Welsh: “Droga always seem to do work that is right for the moment. And from Mietta’s groundbreaking work on the New York Times, to spear-heading a campaign for Philadelphia Cheese to change a bagel emoji, she’s lived that.”

Higson says the podcasts featuring Welsh and McFarlane will help set the tone for this season and tap into a new source of inspiring guests: “We ended our last series with the legendary Sir John Hegarty. So we wanted this season to have its eye on the industry’s future.”

The Creative Relay is recorded at Smith & Western’s purpose-built podcast studio. Welsh and McFarlane’s conversation, along with all previous episodes, is now available on iTunes or at thecreativerelay.com.