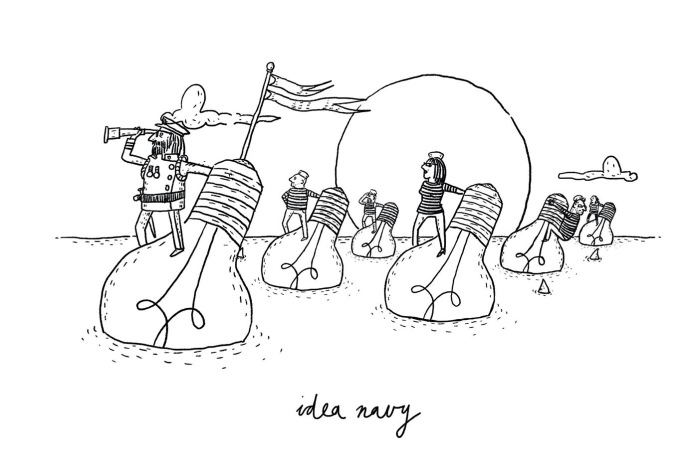 “It may well be that creativity is the last unfair advantage we’re legally allowed to take over our competitors.” – Bill Bernbach

This isn’t scientific. Just a hunch. A feeling. Remember those?

It is a new year, so I decided to do a new little experiment. In a single day, I would observe what all the articles and blogs on my various feeds where about with regards to advertising. Was there an overall narrative? What are we talking about as an industry and more importantly what are we not talking about?

To explain, let me go back a bit. Advertising has always been about using creativity to create an unfair advantage for your client. In essence, creativity was how you broke the rules. You tried to find a new way, a more memorable way of communicating or getting noticed. You did not do what everybody else was doing. You looked for an angle or a spark. You broke the rules and created new possibilities.

This has always been the magic of advertising. Advertising has a kind of alchemy at its heart and when practiced well it can create the impossible out of nothing.

You would think something that precious would be important as a cornerstone of what we do. You would think as an industry we would protect it at all costs. But lately, it feels like the end product, ideas and even creativity have been lost in the noise.

Back to my very unscientific experiment. In a single day, I counted about 40 articles on my various feeds. They were about many topics but often they were about rules. Rules about optimisation, speed, efficiency, big data, cost and structures for the new models of advertising. Five were about diversity and only two were about the importance of creativity. Two. The first piece was about the lack of creativity in our industry today and in this particular blog the writer argued that advertising was getting worse. Awesome.

The second piece was from a planner called Craig McLeod who was arguing that art trumps numbers. Here is a paragraph I really liked.

“The decision to use a subservient chicken to sell burgers ain’t easy. Nor using hatred to sell diesel cars. Van Damme doing the splits to sell trucks. These ideas owe far more to immeasurable and inspired serendipity than numerical logic. In short, creativity gets you what money can’t buy.”

So, 33 out of 40 articles were about the rules and direction of advertising. Almost none of the thinking was about ideas, the end product or creativity. What we actually make. What we do to create value. Rules, however, were everywhere.

Now, you could argue this is happening because we are changing rapidly as an industry. We need direction and parameters. Yes, we do. However, we also need inspiration and creativity. We need to remember we have always broken the rules. We still need magic and new ways of doing things. Now more than ever. If you don’t have these things, you create an imbalance in our industry that moves us away from magic to mediocrity. Perhaps, as an industry we have had creativity for so long we have begun to take it for granted.

I would argue if the prevailing narrative in our industry is predominantly about rules we could begin to stop loving ideas and begin to care far more about other things. We might start to think the process is as important as the outcome.

I tried to think of analogy to explain my uneasy feeling. I will try and be topical. It’s a bit like advertising is a country that is obsessed with the theory, structures and processes of democracy, but often is not really bothered about who ends up becoming president. In short, we are talking about everything except the end product.

The danger going forward is we will value only what is certain, measured, proven and has been done before. We will begin to forget that ideas can get you what money can’t buy.

Ideas and creativity are beyond definition. They don’t fit into boxes or processes because they are a magnificent leap. That is their purpose. And that is why they are so valuable. There was nothing and then there was something. We should hold onto doing impossible things with both hands. Advertising should not give up on uncertainty so easily because that is how ideas are created. That is how ideas work.

And, advertising having lots of rules but no ideas, well, I am not even sure what that is.