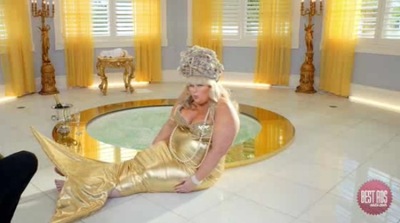 Stan has today announced that its new subscription video-on-demand service will launch on Australia Day, offering unlimited access to Stan’s entire library of both TV shows and movies for the single price of $10 a month, with a 30-day free trial.

Says Mike Sneesby, CEO of Stan: “We know there’s been some speculation around Stan’s launch date, and while we’ve had to keep it under wraps we’re really proud to be able to announce that Australia’s new streaming service will launch on Australia Day.”

Rebel Wilson, an Australian superstar who has made it big in Hollywood, will be the face of Stan’s advertising campaign which will be in market this weekend to coincide with the launch. A teaser of the campaign was released recently, as reported by CB.

The most anticipated new TV show of 2015, Better Call Saul, the prequel to the award-winning Breaking Bad, will premiere on Stan on Monday, February 9, fast-tracked from the US. While fans wait for Better Call Saul, Stan will be the only SVOD service where you can binge-watch all five seasons of Breaking Bad.

In an Australian television first, Stan will present a special screening of the first two episodes of Transparent on the Nine Network on Tuesday, January 27, at 10.00pm, giving viewers a sneak peek at the Golden Globe-winning show as the entire season is made available first on Stan.

Also available first on Stan, as another SVOD exclusive, will be the entire season of the critically acclaimed Mozart in the Jungle. All episodes of Fargo, recent winner of two Golden Globe awards, will also be an SVOD exclusive available at launch.

Joining the lineup of exclusives will be an extensive range of award-winning TV shows including Masters of Sex, Hannibal, Ray Donovan, Californication, The Good Wife, Sherlock, Call the Midwife, Top Gear and Doctor Who. A selection of quality Australian programming will also be available on Stan, such as Ja’mie Private School Girl, Redfern Now and Rake, plus all seasons of Underbelly, House Husbands and Love Child.

On launch, the entire collection of James Bond films will be available as an SVOD exclusive, as well as recent releases including The Hobbit: An Unexpected Journey and The Hobbit: The Desolation of Smaug, plus more of the biggest film franchises including The Lord of the Rings, The Matrix, Robocop, Rambo and Terminator. Showcasing the best in international cinema, Stan will be the SVOD home of SBS World Movies, while award-winning Australian films such as Animal Kingdom will also join the movie lineup.

With something for everyone, Stan will have the biggest kids TV shows including Dora the Explorer, SpongeBob SquarePants, The Wiggles, In the Night Garden, Sarah and Duck, Charlie and Lola and iCarly. Stan’s dedicated kids zone will enable a safe and controlled viewing environment for kids, with the ability to set up individual profiles for everyone in the family based on classification.

All titles will be available to watch instantly in up to full HD on multiple platforms including television, tablets, computers and mobile phones.