To celebrate the launch of Daniel Ricciardo’s latest DR3 fine wine collab with St Hugo, they have launched a handcrafted glass Decanter inspired by his famous trademark podium celebration, part of a campaign via Emotive.

The limited edition ‘Ricciardo Decanter’ is modelled precisely on one of Ricciardo’s actual racing boots, and was unveiled to the press on 4th April in the lead up to the Formula 1® Australian Grand Prix in Melbourne. With just 1,100 made, the limited edition Decanters will be sold for $700 a piece alongside the new 2018 Cabernet Sauvignon and 2020 Shiraz wines from Riccardo’s and St Hugo’s critically acclaimed DR3 brand on StHugo.com/DR3.

The finely contoured glass decanter was designed by industrial designer Andrew Simpson and his team at Vert. Digital sculpting techniques were used to ensure every facet of Daniel’s racing boot was rendered in meticulous detail, followed by multiple rounds of prototypes to translate and refine the shoe profile from on-screen to in-hand. 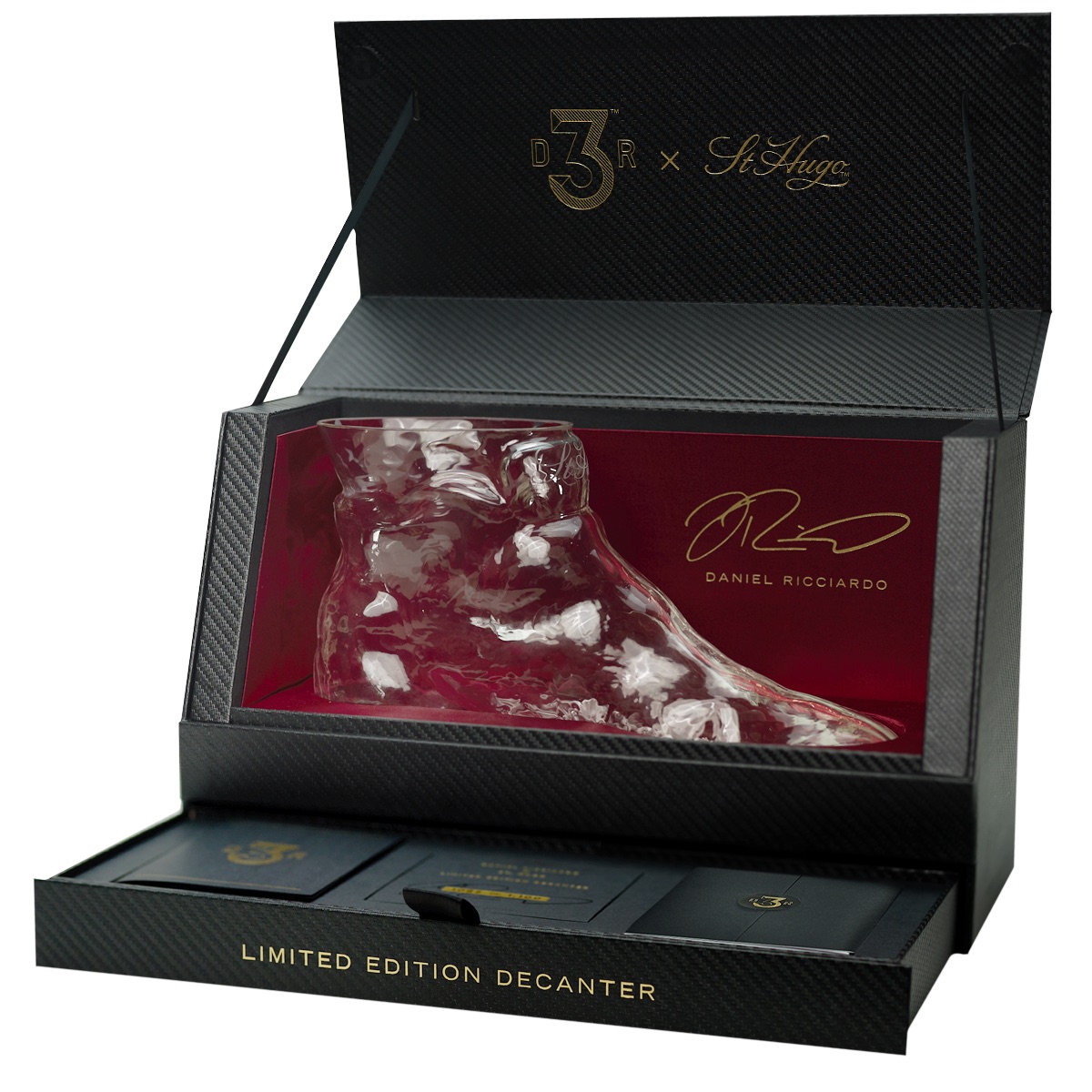 The decanters, which hold one bottle of DR3 wine, are designed to deliver an exceptional experience by ensuring the optimal release of the wine’s flavours and aromas. Painstakingly hand-blown and moulded by Australia’s leading glass artists Canberra Glassworks, each decanter required 5 artists working simultaneously to create the unique form.

Taking inspiration from sneaker drops, the launch of the decanter and two new DR3 fine wines were teased through Riccardo’s social channels alongside a comprehensive PR outreach program.

Says Riccardo: “I’m so proud and overwhelmed by the reaction we had for the launch of DR3 x St Hugo. When St Hugo approached me with the idea of creating a piece to showcase our wines at their best, I was excited to see the creative inspiration, and so the Ricciardo Decanter was born.” 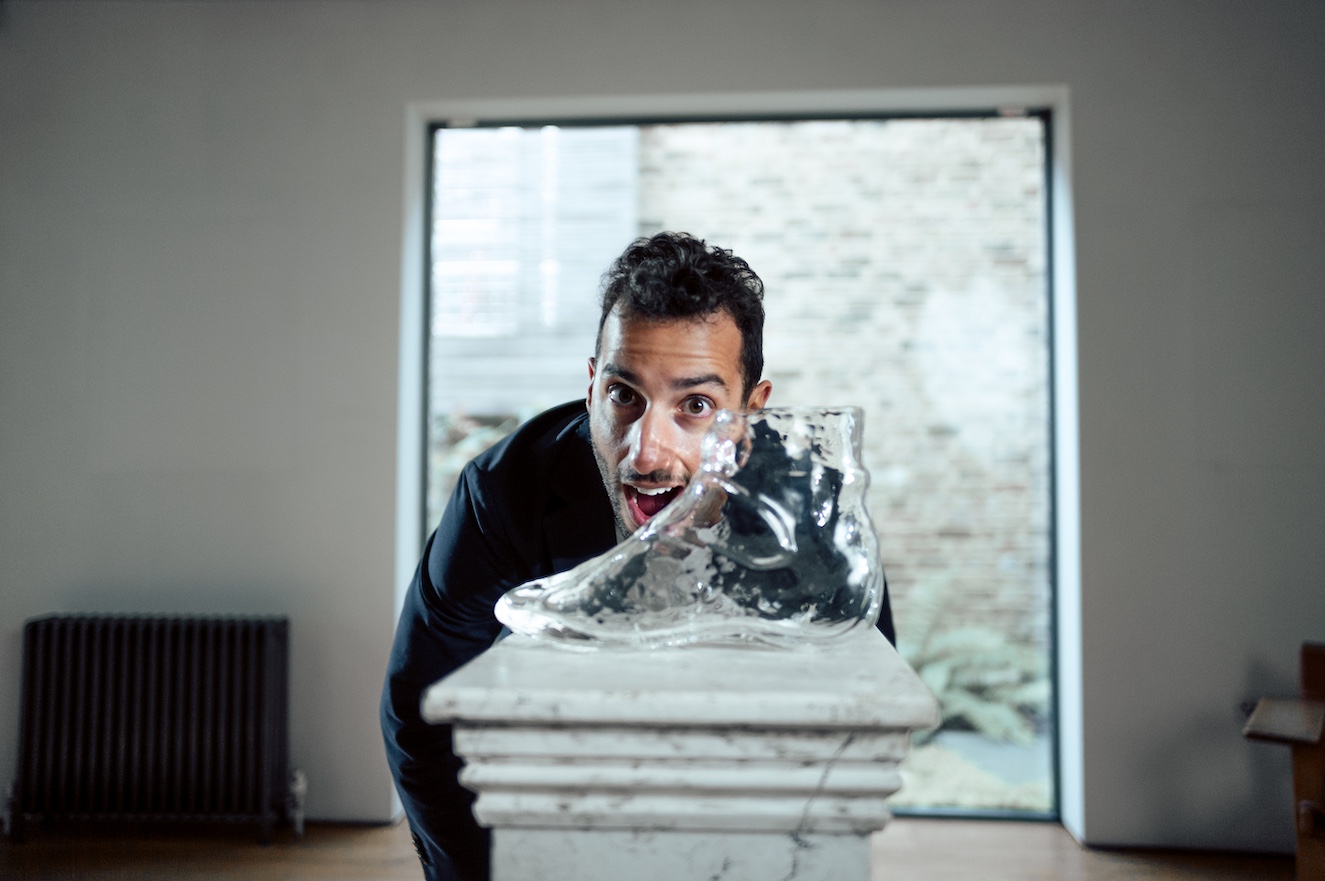 Says Celest Kenny, head of fine wine at Pernod Ricard: “Year 2 of DR3 has been all about getting Daniel even more involved in the process as travel would allow. He and Peter (our chief winemaker) conducted extensive blending sessions online and of course the Decanter is as Daniel as you can get! Fans have been asking for this since day 1, so it’s incredible to finally see it become a reality.”

Says Ben Clare, creative director, Emotive: Sequels are a tough act. Last year’s DR3 release was a massive success, so we needed to step it up a gear this time around. Judging by the public’s response, I’d say Christmas has come 8 months early for a lot of people. It’s been a great collaboration with St Hugo and the teams at Vert and Canberra Glassworks.

DR3 represents a partnership between Daniel Riccardo and St Hugo. DR3 is a passion project for Riccardo, so close collaboration was required on every element of the brand from the ground up. Pernod Ricard and Emotive have worked together since 2020 on DR3, with the launch being one of the most successful in St Hugo’s history.