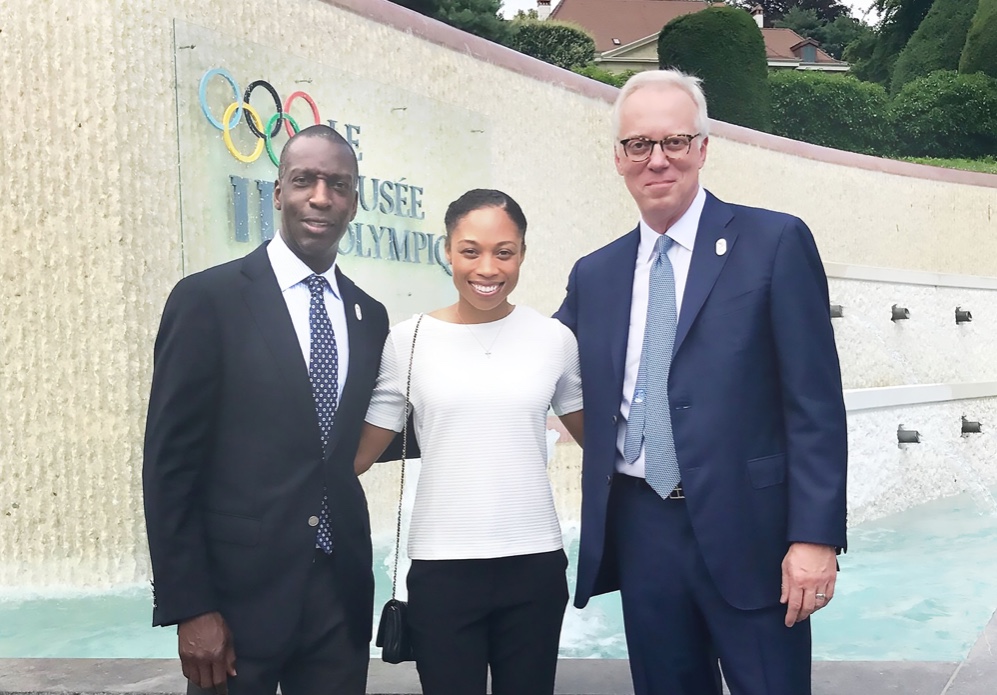 Rumbletown, Queensland’s leading wholly local and independently owned advertising and communications group, has welcomed one of the world’s leading authorities on global sports marketing in readiness for the 10-year runway to the Brisbane 2032 Olympic and Paralympic Games.

Terrence Burns (above far right) brings to the team 30 years of global sports and events marketing experience, including five years with the IOC as senior VP marketing, working in Lausanne, Sydney, Nagano, Salt Lake City and Athens in preparation for those Games.

He has also been responsible for marketing the Olympics to global sponsors that include the world’s biggest brands.

Says Nancy Hartley, co-founder and creative partner, Rumbletown: “Our first meeting with Terrence was both revelatory and inspiring – a masterclass in Olympism and the Olympic and Paralympic Games. Terrence authored the IOC’s first ever four-year marketing plan and helped manage its first global positioning campaign ‘Celebrate Humanity’, voiced by the late, great Robin Williams. We are so fortunate to be supported by his unrivalled knowledge and passion for the Games.”

Says Burns: “Being part of the Rumbletown team has only reaffirmed my love for Australia and Australians. The Games are a generational opportunity for every Host City and it’s imperative that the voice of that city is an authentic one. On our first project together, Rumbletown has brought together an incredible team of artists and storytellers, representing local, international and First Nations perspectives. I’m on tap to bring the team my decades of knowledge and experience in all aspects of the Olympic and Paralympic Games.”

Just what is the essence of the Olympic brand, according to the man who wrote the book?

Says Burns: “The Olympic and Paralympic Games are not just about sport. They are about universal values such as hope, optimism, friendship and fair play, embodied in sport, and in each of us. The challenge for Brisbane 2032 is to embrace the Olympic brand’s 3,000- year-old history and embue it with the modernity of Brisbane and Queensland’s own voice, own values and own soul. An opportunity like no other.”