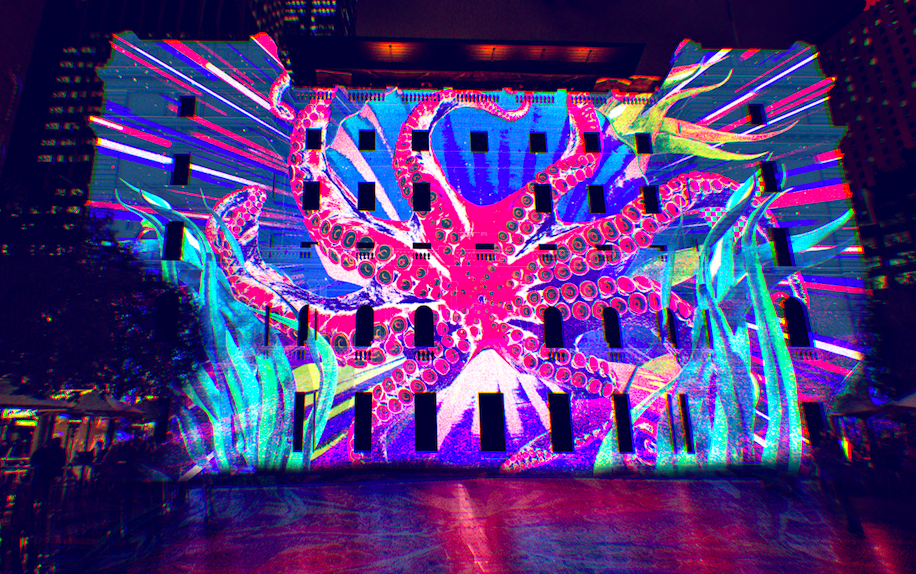 Sydney Harbour is arguably the most beautiful harbour in the world. People come from far and wide to admire its shimmering beauty, but how often are you able to dive into its emerald depths? Using the architecture of Customs House as a canvas, award-winning Experiential Content Agency and producer of imaginative, interactive and immersive media experiences, Spinifex presents Under the Harbour as part of Vivid Sydney.

Under the Harbour is the creative vision of Spinifex’s Los Angeles-based design director Ben Alpass. A surreal underwater encounter, it sees a hyper-coloured multi-verse splash across the façade of the historic building. As a rainy twilight gathers across the harbour, a giant octopus bursts out of the water and wraps its tentacles around the sun, dragging it under. This watery world is alive with neon sea creatures, botanical wonderlands, and unclassified oddities.

Says Alpass: “Under The Harbour is a piece created to ignite the imagination by exploring the unknown possibilities of what exists in the depths of the harbour. Inspired by surrealism, escapism, an over-saturated psychedelic colour palette and my own personal artworks, it attempts to pause the reality of the sobering world around us—allowing ourselves to be immersed in a vibrant neon underwater wonderland, full of the unexpected.”

Will Skinner, creative lead at Spinifex described the creative challenge of bringing to life the intricate details of an incredibly rich underwater wonderland: “The real challenge was maintaining the integrity of the design in the animation and balancing this with the technical aspects of projection mapping to ensure that it would be a successful piece.”

This year’s event marks Spinifex’s ninth year of collaboration with Destination NSW on the festival that last year attracted a record 2.25 million attendees.

For more, please go to:
https://www.vividsydney.com/event/light/under-harbour 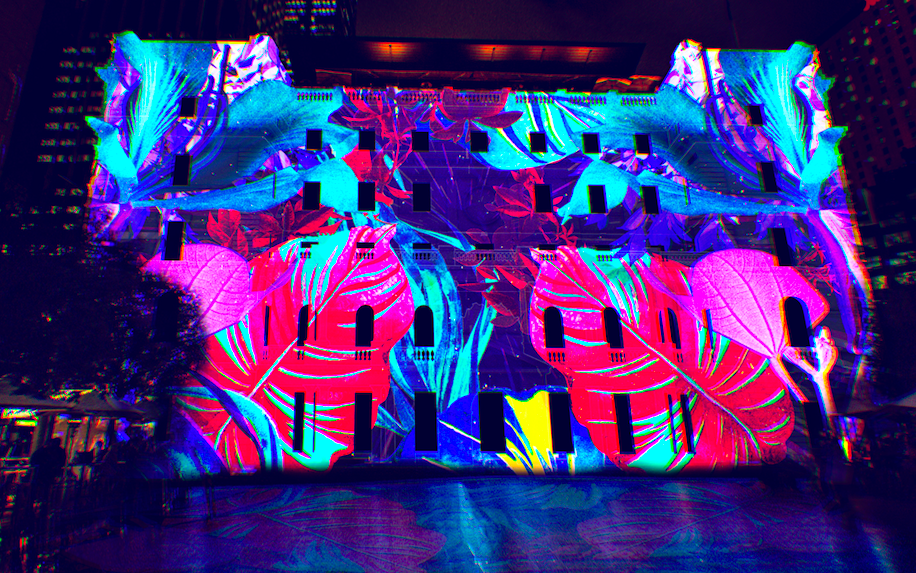 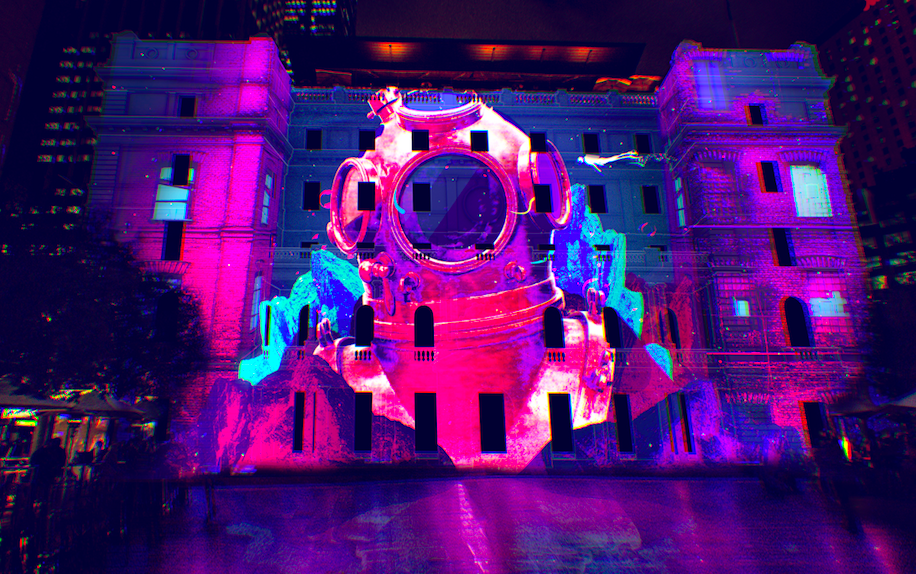