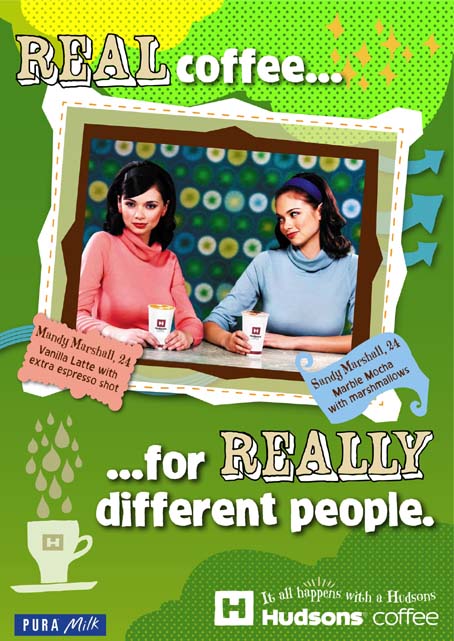 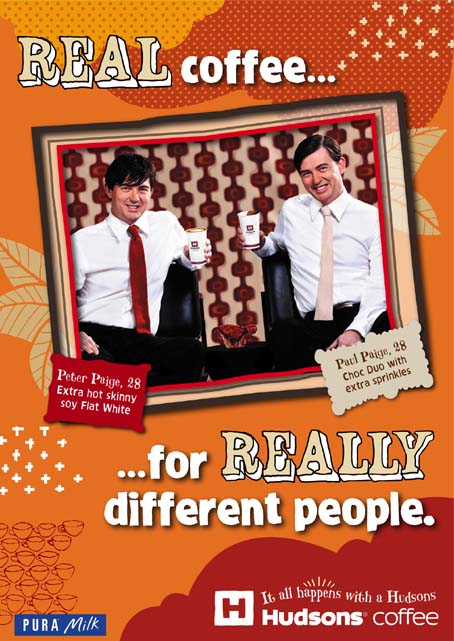 Fresh from the recent launch of Nando’s ‘Portugasm’ campaign, The Sphere Agency has picked up a sizeable chunk of new business with café franchise Hudsons Coffee.

Set to roll out over the next few weeks, Sphere’s work includes a rebrand of Hudsons Coffee that will see the brand adopt a more fun and colourful feel in the lead up to the franchise’s crucial winter period.

“There are some really interesting and colourful illustrations thatform part of the environment within a Hudsons Coffee store, and we tookthese elements and incorporated them into the new campaign to delivergreater consistency for the brand at all touchpoints,” says SphereCreative Director Darren Fishman.

“The way people have their coffee is a very personal thing. Under thebanner of ‘Real coffee for really different people’ the messaging ofthe campaign is designed to portray that although Hudsons Coffee is achain, they do make great coffee – and can do it with an extremely widerange of beverages on offer. This mean’s no matter the consumer’scoffee preference, we’re letting them know they’ll be satisfied.”

Sphere Managing Director Michael Abdul adds: “Our media strategy wasbuilt around targeting coffee drinkers as close to their purchasingdecision as possible. So we have utilised morning radio, transit, metropress and mid-morning online to so this.”

“It’s a highly targeted campaign that also looks at stretching HudsonsCoffee’s appeal from the obvious morning period to later into the dayas well. At the same time, there’s extra tactical activity to cover thebrand’s airport and hospital locations.”