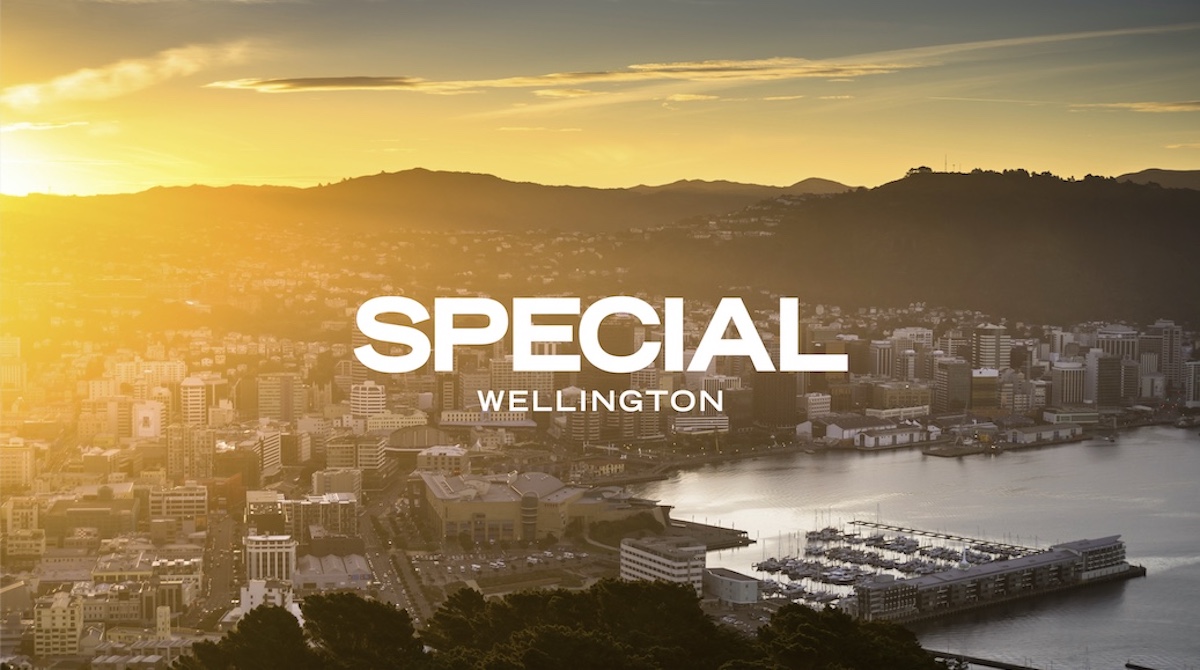 Special – the New Zealand founded global advertising group with offices in Auckland, Sydney, Melbourne and Los Angeles – has announced its next office will be a little closer to home.

The award-winning ‘New Zealand Agency of the Year’ has announced it will open an office in Wellington to help drive more effective campaigns for government and businesses.

Says Tony Bradbourne, founder and CEO/CCO, Special New Zealand: “We believe that if you want a different result you usually have to try a different way. That’s one of the reasons we founded Special fourteen years ago. To create better results for brands and companies with more effective strategic approaches and more ambitious creative thinking. To create a better place to work, to attract and inspire the very best talent in the country. And maybe, just maybe, to help create a better New Zealand.

“Special Wellington might not ever be our biggest office, but we believe it could create the most positive change.

“We deliver a lot of incredible work for clients around the world, but with the opening of Special Wellington it’s time to use this world-class group of creative and strategic brains to try and create better outcomes for many of the challenges we face here in Aotearoa.”

From humble beginnings Special has grown to become one of the world’s most admired creative companies – this year being named ‘Global Creative Agency of the Year’ by the world’s most prestigious industry title Campaign UK, as well as being named ‘Asia Pacific’s Most Effective Agency’ by APAC Effectiveness Awards and in another first for any New Zealand agency, Special was unanimously named ‘New Zealand Agency of the Year’ by all three major industry titles Campaign Brief, B&T and Campaign Asia.

Says Bradbourne: “We’ve dreamt of starting an agency in Wellington for a few years now and are excited to see that dream finally come to fruition. At Special, we know the most creative work is also the most effective work, and can’t wait to deliver more innovative behavioural change campaigns for government and business alike.”

Special already works with many clients who have offices in the capital – including Kiwibank, Contact Energy and Education New Zealand and as part of its launch, Special is recruiting for a general manager, strategists, creative director, senior creatives, and account service leads.

The launch of Special Wellington is guided by Special’s three core values – Open, Brave and Kind – and the agency has announced a range of social and cultural initiatives to contribute to the vibrant Wellington creative sector.

This includes the sponsorship of events such as Semi-Permanent Wellington. Last year Special was a major sponsor of Semi-Permanent’s return to Auckland, where all 2700 tickets were given away, including to students of over 20 secondary schools.

“We wanted to help create a bright spot for the creative industries, in an otherwise pretty dark year.” said Bradbourne at the time. The launch of the Special Pathways Programme will continue this by providing paid internship and mentorship to Wellington youth; as well as a national educational scholarship for Māori or Pasifika students.

Says John Marshall, Ngāti Maru, Ngāti Maniapoto, general manager of Special Auckland: “We’re genuinely committed to creating a positive impact on our communities, embedding diversity and inclusion at our core, and operating to the highest health, safety and sustainability standards.”

Special Wellington pledges to be an equal opportunities workplace and will include internal and external cultural advisors to ensure creative outputs and strategic approaches authentically represent the values of Te Ao Māori and live up to the principles of Te Tiriti o Waitangi.