Special was named ‘Global Creative Agency of the Year’ by Campaign in 2021, and recently named ‘#1 Most Effective Independent Agency in the World’ by Effie Global Rankings.  This is Special’s seventh office, following Auckland, Sydney, Melbourne, Los Angeles, Wellington and London.

Dom Dalton (ex Johannes Leonardo) and Kelsey Karson (ex Deutsch LA) have joined as general manager and head of strategy respectively, alongside another 10 new hires, and the office is already working with Virgin Voyages and Uber Eats US & Canada.

Dalton started her career in London working on iconic English campaigns for brands like Sky, Halifax and Morrisons at DLKW Lowe and Brothers and Sisters before coming stateside in 2014 where she was group account director at Johannes Leonardo delivering the Cannes Lions Grand Prix winning campaign “Original is Never Finished” for adidas.

Says Dalton: “Neither Kelsey nor I were looking for a move, but there seemed to be a unique momentum and energy at Special, coupled with a real opportunity to build and shape how we bring Special’s global values to NY.”

Says Karson: “From my earliest conversations with the Special team, it was clear that this agency is building something different. We all want to do more of what matters and do it really well. That commitment to independent creativity has blessed Special with ambitious clients to match.”

Says Cade Heyde, who co-founded Special in Australia and is now the partner and CEO leading the US business: “There are only a few truly global independent networks, and not many that can claim that they have world class creative offerings in every market they play in. We continue to hunt down the most talented independent thinkers in different geographies and prove that we can build a fluid creative model that connects our talent, without the unnecessary hierarchies, outdated ways of working and the politics that often exist in other businesses.”

Says Lindsey Evans, partner andCEO of Special Australia:  “The strength and success of the Uber Eats work and relationship has afforded us immense opportunity to work in many markets around the world. To be able to extend Special further into the US is super exciting – and it’s especially exciting to have Cade lead the US business and export the Special culture to both the LA and NYC offices.”

Says Tony Bradbourne, the founder of Special: “Special’s aim is to be the best in every market we enter, and to create work that truly lives up to our name. What our whole team have created in America so far is amazing, and we’re confident the New York expansion will only fuel that success.” 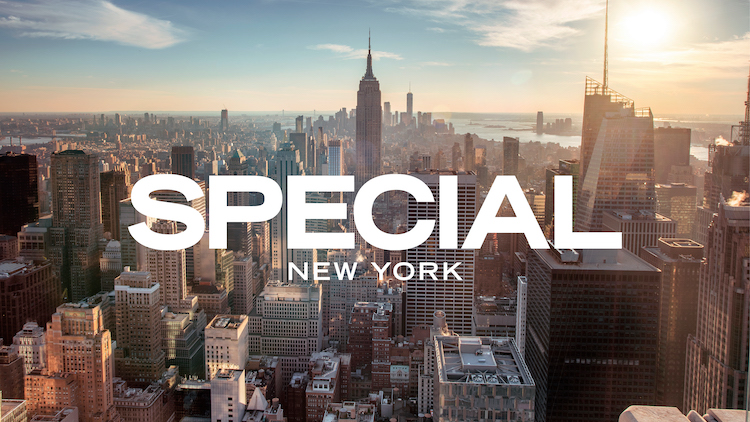