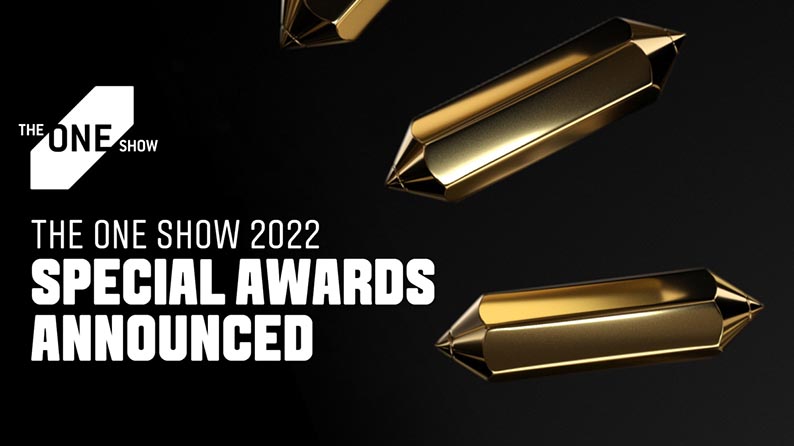 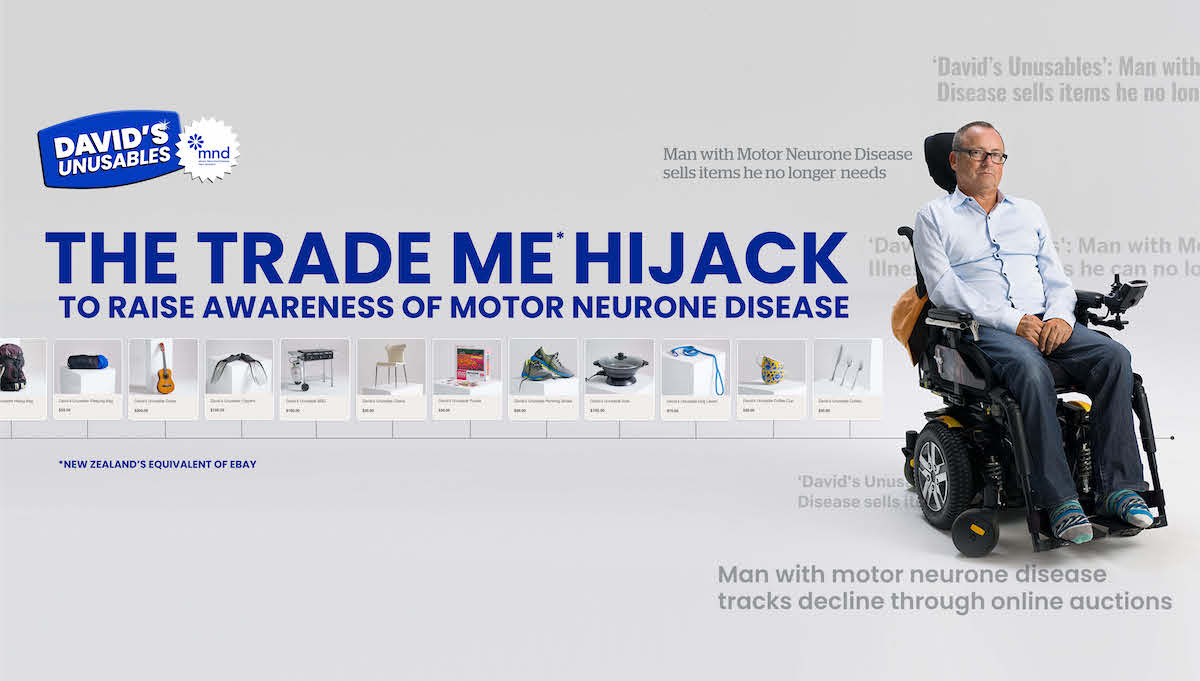 Special New Zealand has been awarded the Best of Discipline in Pharma for “David’s Unusables” on behalf of Motor Neurone Disease New Zealand (MND NZ) at The One Show 2022 awards ceremony in New York.

Sitting above Gold & Silver pencils, Special took out ‘Best in Discipline’ in the Pharma category for an innovative idea that told the story of New Zealander David Seymour, a man living with Motor Neurone Disease. David ‘hijacked’ TradeMe and slowly sold his personal belongings as the body wasting disease stripped his ability to use them. In the process he created a digital timeline of his deterioration that educated the public on his condition and raised funds to help those living with it. MND gradually causes the muscles that enable us to move, speak, swallow, and breathe to stop working – and as they do, we lose our ability to use everyday items.

Says Seymour: “I’m proud my story continues to raise awareness in New Zealand, and now around the world. I wanted to share my story in this unique way because I strongly believe we need more awareness, understanding and funding to battle this silent, debilitating disease.”

In a joint statement, Executive Creative Directors Lisa Fedyszyn and Jonathan McMahon added: “At Special, we’re guided by a philosophy to deliver work that makes a difference – and we’re pleased to make a difference helping New Zealanders such as David. It’s been heart-warming to see the reaction the world has had to his story. MND is such a slow disease, capturing it in the palm of people’s hands when they’re shopping on TradeMe managed to disrupt behaviour, and the full skillset at Special helped bring it to life.”

The award was accepted on stage by Special Los Angeles Executive Creative Director Dave Horton who said “We’d like to thank David Seymour for his bravery and allowing us to amplify his story to bring much needed awareness and understanding to Motor Neurone Disease. It’s a crippling disease but the more awareness we can raise of it, even via award shows like this, the better. So thank you.”

This year’s top One Show honors, based upon cumulative scores for Pencils and Merits won across all disciplines, are:

The One Show 2022 Best of Discipline winners:

This year marked a departure for The One Show CMO Pencil, which honors the brand-side marketer behind the world’s single most impactful idea on a brand’s business from the past year.  For the first time in the history of the CMO Pencil, The One Club honored co-winners at the brand.

Lorraine Twohill, CMO at Google, received the award along with Florian Koenigsberger, Image Equity Lead, Google for “Real Tone”, a collection of technical improvements to the Pixel 6 camera and Google Photos that more accurately and beautifully highlight the nuances of all skin tones.  The exception made this year to include Koenigsberger as a co-winner is in recognition of the critical role he played in making this innovative and important technology a reality.

The prestigious One Show 2022 Penta Pencil, awarded to the agency and brand who together have created outstanding creative work for the last five years, was presented to Ogilvy UK London and Dove.

The One Show Fusion Pencil, the industry’s first global award to recognize great work that best incorporates DEI principles and underrepresented groups in both the creative content of the work and the team that made it, was awarded to:

There were two One Show Green Pencil winners, recognizing the most environmentally conscious creative work for the year:

The One Show Sustainable Development Goals (SDG) Pencil, created in cooperation with the United Nations Office for Partnerships and nonprofit PVBLIC Foundation to reward agencies and brands for work that betters the world and contributes to securing a sustainable future for all, went to:

The One Show Cultural Driver Gold Pencil, recognizing influential ideas and executions that had a major impact in their respective cultures and environments, and exist outside the traditional categories in advertising and design, was awarded to McCann Paris Neuilly-sur-Seine with McCann Health London, McCann Worldgroup Germany Düsseldorf and Weber Shandwick Neuilly-sur-Seine, “The Bread Exam” for Spinneys and the Lebanese Breast Cancer Foundation.

All One Show 2022 Gold, Silver, Bronze and Merit winners were announced yesterday.

Globally, Leo Burnett Chicago capped off a hugely successful year tonight at The One Show 2022, picking up Best of Show, three Best of Disciplines and 20 Gold Pencils for Change the Ref “The Lost Class”.  The work was the most awarded entry at The One Show 2022, winning 20 Gold Pencils, four Silver, five Bronze and seven Merits.  Hungry Man Los Angeles took home one of the Silvers and Merits for the work.

McCann Paris Neuilly-sur-Seine picked up nine Gold Pencils, all for “The Bread Exam” for Spinneys and the Lebanese Breast Cancer Foundation.  Africa São Paulo won eight Golds, including four each for House of Lapland “Salla 2032” and Folha de S.Paulo Newspaper “The Most Valuable News”.

The showcase of all One Show 2022 Pencil and Merit winners can be viewed here.

The One Show 20221 Global, Regional and Country Creative Rankings will be announced on May 23.