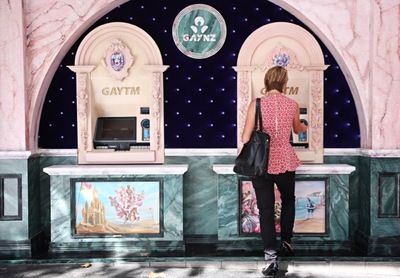 The win for Special Group, CB’s reigning Australian Agency of the Year,  comes 10 years after TBWA (then Whybin\TBWA) took the business from M&C Saatchi, which had held the account for 14 years.

Over the last 25 years, ANZ and their agencies have consistently produced major award-winning campaigns, including ‘GAYTMS’, which was included in Campaign Brief’s Australian Campaigns of the Decade. The campaign won the 2014 Cannes Lions Outdoor Grand Prix and was also named the ‘Best Direct campaign in the World for 2014’ by the Big Won and #1 ‘Best of Print/Outdoor/Design for 2014’ by Creativity-online.com. It went on to win many other international awards that year and the next.

M&C Saatchi, Melbourne’s award-winning work for ANZ was a major contributor to their 2001 CB Australian Agency of the Year win.