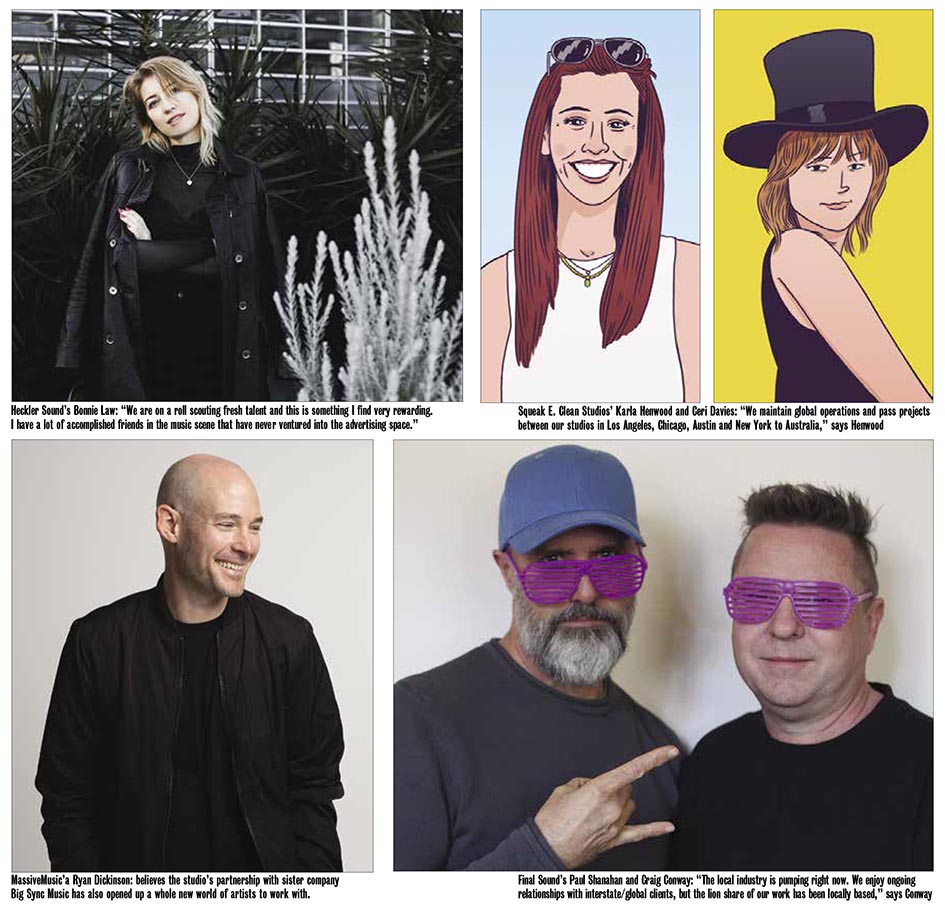 Sound houses across the country have reason to celebrate as the industry begins to recover from the Covid-19 pandemic great disruptor. This year studios are re-opening their physical doors and placing greater emphasis on the importance of personal connection, clear communication and creative collaboration. Australia’s leaders in sound catch up with Campaign Brief for a rundown of the year.

Working in a very sociable industry where creative relationships are often forged on the job, Uncanny Valley co-founder and head of music & innovation Charlton Hill believes less face time together has put a strain on those starting out in the industry.

“Companies with existing client pipelines and international affiliates may have buffered the storm but I think it has been very hard for new entities to gain traction,” he says. “Things are opening up of course so it will be an interesting year ahead – we’re all bored of the word, but stay agile people!”

For established sound shops facing more time pressures and tighter schedules, Hill says a family of talented, driven musicians and composers, along with an intuitive, reliable core logistics team is the strongest solution.

“Tough as it’s been it’s amazing to watch people in our industry rally against the odds, after a very emotional and difficult two years, and come out firing with inspiring creativity.”

Whilst not specific to the sound industry, Rumble Studios partner and executive producer Michael Gie believes the biggest challenge facing sound houses is maintaining personal connection. He says: “With networks expanding and staff being based interstate and overseas, or working from home, it’s now more important than ever before to make the effort to connect with people on a human level and to foster a sense of camaraderie.”

For Gie, communication remains everything: “It begins with truly understanding the creative brief, asking the right questions from the start and feeding that knowledge through to our team. If everyone is on the same page we can execute and deliver high quality work even when the pressure is on.”

Sonar Music executive producer Sophie Haydon agrees communication is key: “Our industry is all about the art of communication. Technological advances have allowed us to maximise workflow efficiency, however, this comes with the expectation that changes can be made instantaneously. Music comes down to creative output, and while technology has helped to hasten the process, time is essential in getting the best and most considered creative approach.”

Haydon admits clients often want a scattergun approach to cover all bases, which has the potential to dilute the original intent. “We find the best jobs are when the client trusts the agency, which in turn, results in a stronger and clearer vision.” 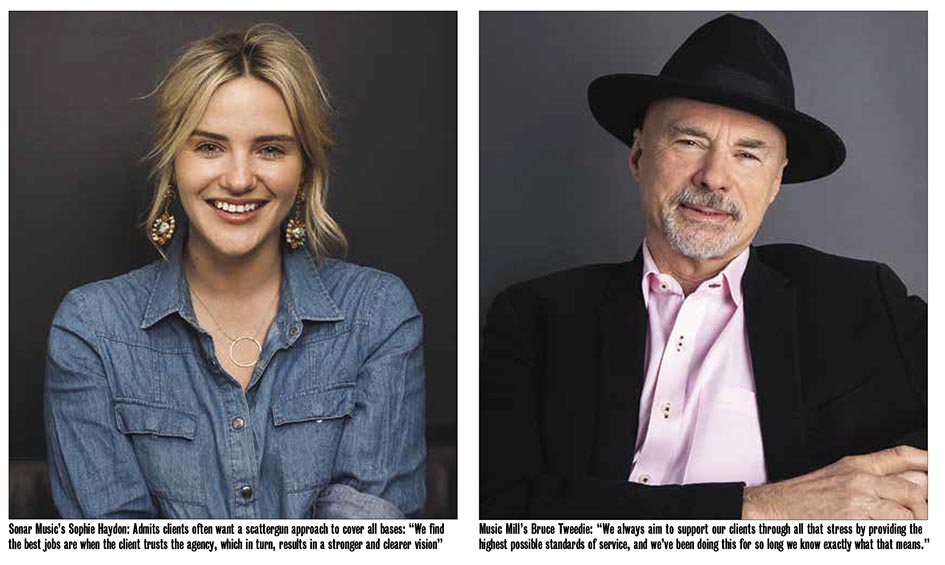 For Smith & Western Sound executive producer Dan Higson, this year’s greatest challenge has been the fast rise of cheap subscription-based library music sites. Higson explains: “Clients are able to buy music for their TVCs for as little as $12 which is completely ridiculous and there’s no way we can compete with that. Also, I can’t tell you how many times a producer has finished an email to me with ‘…and we’ll just find some royalty-free music to use on this’. It’s just too easy to use a piece of cheap music off-the-shelf.”

He says 10 years ago creatives would not have let this happen. Of course, it doesn’t mean commissioned music is off the table completely. Smith & Western Sound has composed more music for more clients this year than over the past few years.

“We always aim to support our clients through all that stress by providing the highest possible standards of service, and we’ve been doing this for so long we know exactly what that means.”

“We maintain global operations and pass projects between our studios in Los Angeles, Chicago, Austin and New York to Australia. This system speeds up our pipeline while offering all of their workers a fair work/life balance, thereby avoiding ‘crunch’. The flexibility of this system allows our Australian studios to react to tighter timelines and offer more creative diversity tapping into more international vocal and musical talent.” 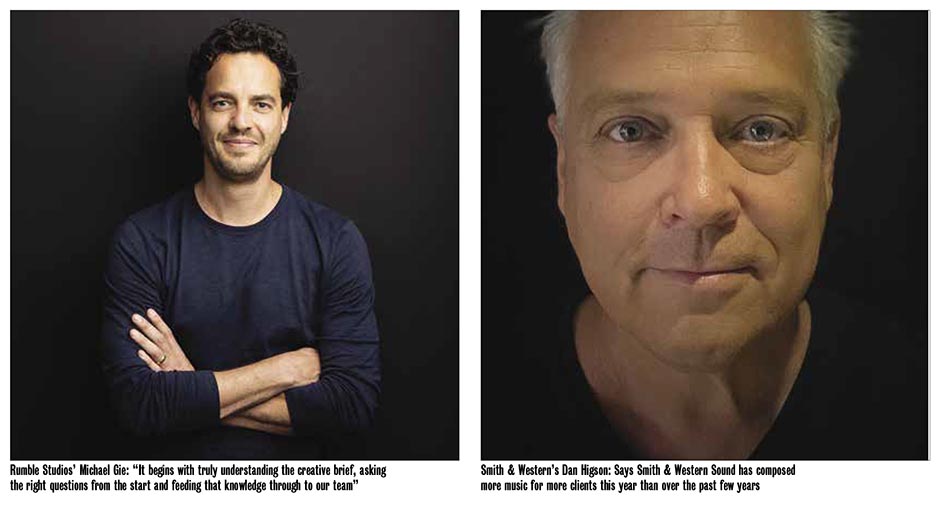 Final Sound producer Pip Wright thinks the briefing process, from agency side, remains the most critical factor when it comes to tackling time pressures and tighter schedules.

She says: “The earlier we get a brief, the more prep we can put into strategically working out the best way to deliver what the client loves. Now that we’re all used to remote working, even though at times we miss the world of a face-to-face meet, the briefing process feels a little easier and quicker. Short of time machines and cloning devices, keeping up our level of craft relies on much of what has always been the case – collaboration, creative thinking and good old-fashioned hard bloody work!”

Launching in October 2021, and located in the iconic Paramount Building in Surry Hills, Heckler Sound has enjoyed a steady stream of international work with briefs and scripts arriving from Los Angeles, Shanghai and Singapore.

Moving into sonic branding, with six major brands under its belt within the first year, Heckler Sound is currently working on a big scale brand campaign direct to client and is arranging parts to be recorded by an orchestra, with part of the deliverables being sheet music for a quartet.

Says Heckler Sound executive producer Bonnie Law: “We are on a roll scouting fresh talent and this is something I find very rewarding. I have a lot of accomplished friends in the music scene that have never ventured into the advertising space; I’ve enjoyed putting them in the mix. I try to use a non-advertising approach for advertising. I personally love coming inhouse – our studios are open and we’re encouraging agencies and directors to attend sessions in our suites, especially now that A.P Bakery has opened on the rooftop at Paramount.”

Squeak E. Clean Studios is growing the Australian team, taking on Rob Stephens as a composer and sound designer along with Richie Buxton as music producer in the Melbourne studio. Cecil Coleman has also joined the fast growing music supervision department as AUS music licensing manager. 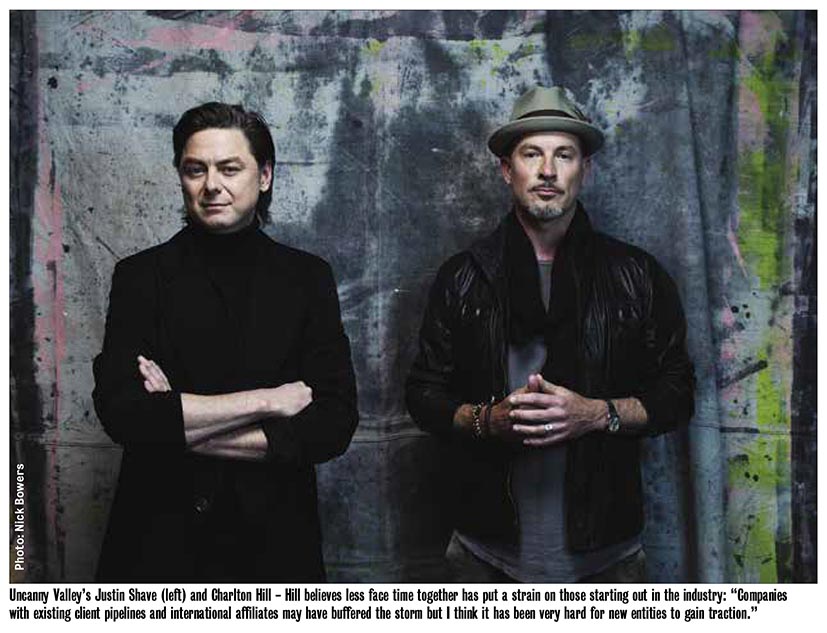 Says Squeak E. Clean Studios executive producer in Melbourne, Ceri Davies: “A multi-instrumentalist and self-professed music geek, Cecil leverages her experience working across some of the most extensive music catalogues in the industry. As a touring musician and licensing specialist, she joined Squeak E. Clean Studios Australia to curate tracks and oversee artist collaborations for brands and creative campaigns.”

Officially making the transition from SongZu to MassiveMusic in June 2022, after Songtradr acquired both companies in 2021, this year the Sydney based studio sourced most of its client briefs locally and from Melbourne. Now a part of the MassiveMusic global network, the team is welcoming more projects from Europe and Japan.

MassiveMusic senior music creative Ryan Dickinson says since the June transition, the studio has been utilising an expanded pool of talent to beef up its creative firepower.

Speaking of fresh faces, Dickinson adds: “I myself am probably the newest addition, joining the team here around a year ago after returning to Australia from Amsterdam where I was working with MassiveMusic.”

He believes the studio’s partnership with sister company Big Sync Music has also opened up a whole new world of artists to work with.

“The ‘Performance Enhancing Music’ project for Samsung & Optus was a prime example where we worked with singers such as Jordi Davieson (San Cisco), Shepherd, and Ian Kenny (Karnivool), who is one of my all time favourite singers.”

Over the past year, Uncanny Valley has seen an even mix of domestic and international briefs, and Hill says the work-from-home attitude means creatives are collaborating from screens all over the world.

“Good creative begs good, communicative creative teams, no matter where you are on the planet,” he says, adding: “It’s also been interesting to see the movement of talent in the industry — cancelled tours and projects have induced a lot of label artists to look outside of their usual pipelines to collaborate.”

Opening a new Melbourne based studio in September, Rumble Studios has also welcomed a mixed bag of local and global projects. Gie says there is some amazing work coming out of Victoria and whilst technology has provided a seamless way to operate interstate, he acknowledges there is still huge value in face-to-face creative sound and music sessions.

“Our senior sound designer Liam Annert has gone back to his hometown of Melbourne to head up our new studio there, so we’ve been building a fresh team of local talent around him including our new producer Bec Ivanov who has been an amazing spark of energy.”

Final Sound owner Craig Conway believes the local industry has plenty of work to keep studios busy. He says: “The local industry is pumping right now. We enjoy ongoing relationships with various interstate and global clients who we love working with, but the lion share of our commercial work has been locally based. The longform work has mostly come from interstate.” 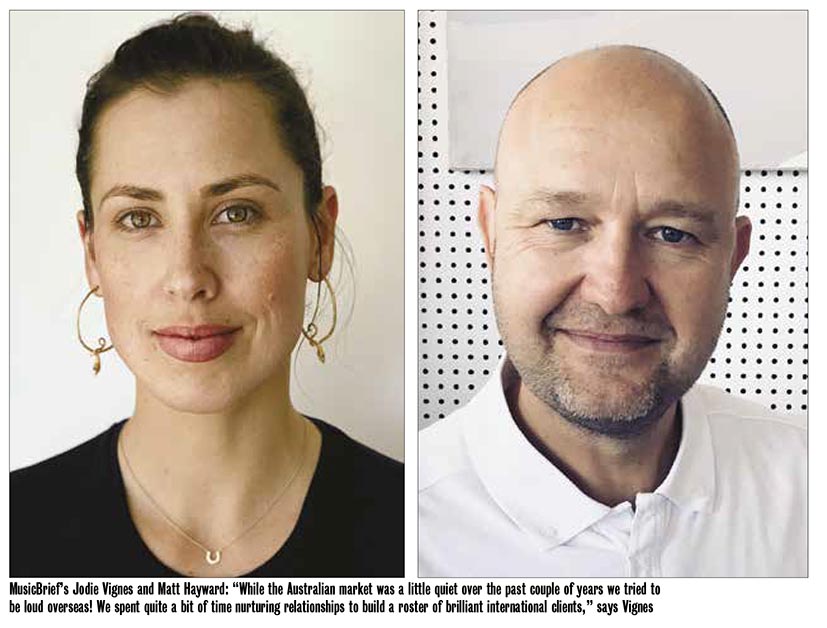 The majority of Sonar Music’s advertising work this year continues to be with local clients. However Haydon says the studio is increasingly working across more interstate and global briefs as the barriers of doing business internationally have been removed by the pandemic. She says the studio has been working across several more international film and television series in the past two years and envisages this trend continuing.

Adds Haydon: “Excitingly, we’ve bolstered our team across all areas of the business including production roles, sound engineers and composers. Collaboration between our team always bears the most unique and interesting fruit.”

According to Higson, Smith & Western Sound’s day-to-day audio post work has doubled over the past few years, meaning the studio has worked with a lot more local clients in Sydney. In terms of sonic branding, the sound house is partnering with clients all over the world.

Smith & Western Sound also welcomed new business executive Abby Simpson in September. Higson says: “Abby has a great reputation in the industry and it is a major coup for us to grab her as there were plenty of other companies vying for her services.”
Over at Music Mill, the work continues in from Australia and New Zealand and the studio is still fielding regular requests from the UK and Asia.

MusicBrief executive producer Jodie Vignes says the company is seeing a 50/50 mix of work from Australasia and overseas.  “We are lucky to have had long careers in Australia, so have a great base of core clients we work with regularly. While the Australian market was a little quiet over the past couple of years we tried to be loud overseas! We spent quite a bit of time nurturing relationships to build a roster of brilliant international clients.”

After three years in business, MusicBrief’s roster has also grown to approximately 75 composers around the globe. Explains Vignes: “We get submissions from new composers every week and even more enquiries via our website platform. There are so many super talented freelance composers out there in the world who are hungry for the work, we never have to go out looking for them; they find us. We also get submissions and offers to pitch from many in-house composers, who are looking to supplement their income.”

Read the full article and more in the latest print edition of Campaign Brief, out this week…