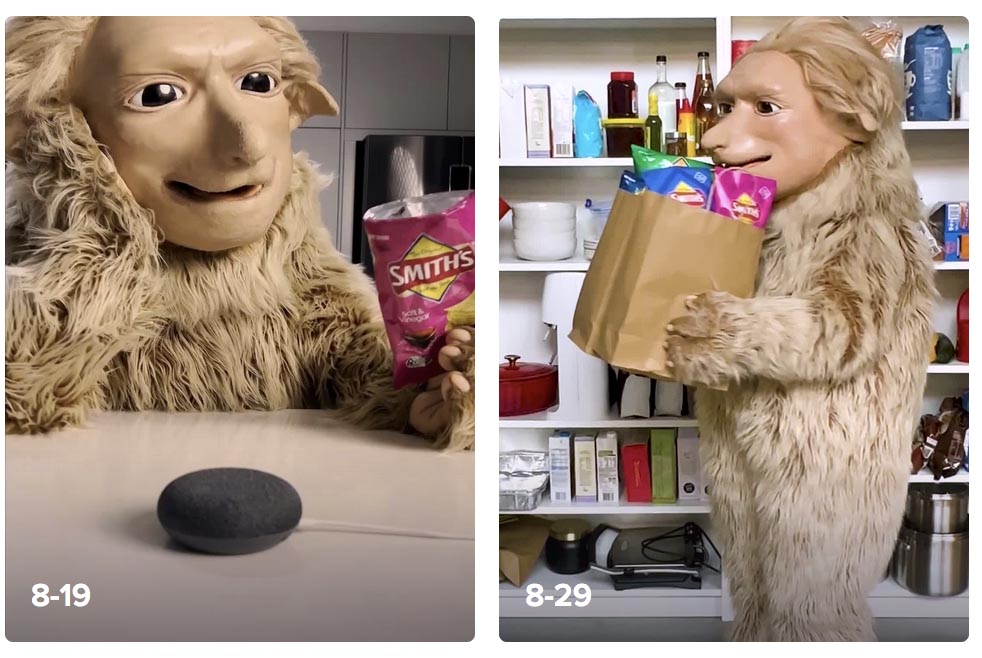 In the ultimate collision of worlds, Smith’s has just launched its TikTok channel via Akcelo by bringing back the much-loved Gobbledok, originally created by former creative director John Finkelsen at George Patterson, Sydney in the late 80s.

Since launching Gobbledok on TikTok, Smith’s has seen a legion of fans, both new and old, embrace his quirks as they reimagine the character for a modern-day audience. Despite Gobbledok’s 80s heritage, the character is proving to be a hit across a range of generations.

To kick off the launch after years in hiding, Gobbledok emerged from the back of the pantry where he’s been living for the last 30 years. After running out of Smith’s Chips, otherwise known as “CHIPPPIIIIEEESSS”, Gobbledok ventures out and into 2022, and finds things a little different to how he last left them. From discovering voice assistants and new chip designs to encountering a robo vacuum for the first time and mistaking it for a pet – there’s a lot to catch up on!

Since launching earlier this month, Gobbledok has helped to grow Smith’s TikTok channel by over 2000% with the launch of Gobbledok being the channel’s best performing piece of content to date. The content showing Gobbledok emerging from the pantry after running out of ‘chippies’ has gathered an impressive 1.4 million views, over 1,300 hours of play time and a reach of 1.17 million users so far. Not bad for a debut.

Says Smith’s Senior Brand Manager, Sam O’Donnell: “There’s nothing quite like bridging generational divides all in the name of CHIPPIES and we’re so excited to do this through Australian icon, Gobbledok. Launching his own TikTok account is a great opportunity to connect and engage with our consumers. We’ve loved the response from fans so far and can’t wait to share what he’s been up to after all this time.”

To discover Gobbledok as he navigates the world, head over to Smith’s TikTok channel