Simone Clow: Marketing & Morality in the Metaverse – An Evolution 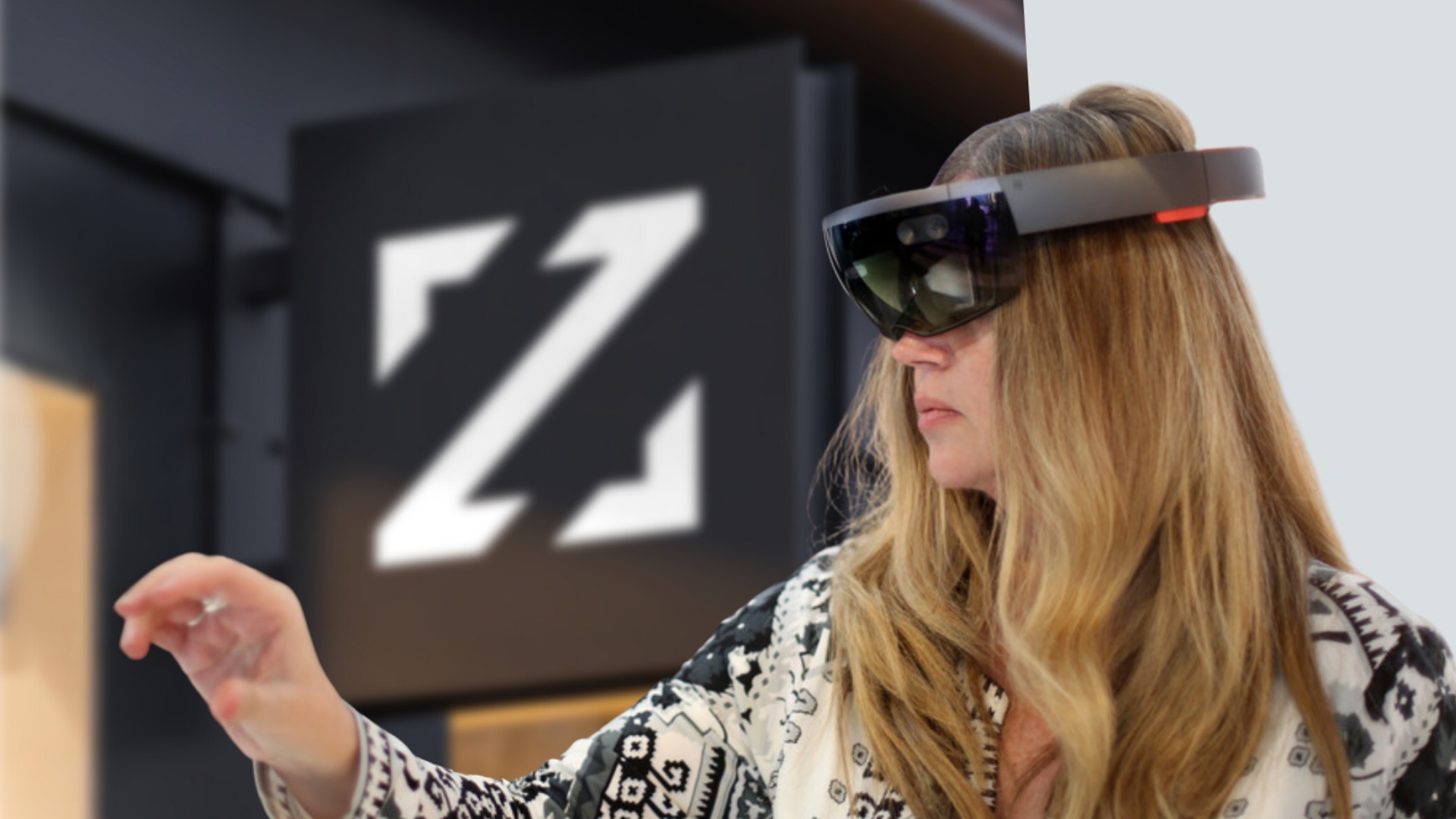 By Simone Clow (above), CEO of Immersive Technology Studio, Zebrar and mother of two.

With Meta attempting to own the metaverse, can a puritanical embodied internet remain community centric and humane as its intended? I believe so, but it’s up to individual content creators.

Much like the internet or social media took years to understand and define, the metaverse is yet to truly exist in its end state. Essentially we’re using words of today, to try to describe a future state.

While the term was initially coined by author, Neal Stephenson, in his 1992 sci-fi novel, Snowcrash, where it is presented as an escape from reality, today the concept isn’t necessarily seen as an escape, but rather the convergence of the physical and digital worlds and your online and offline personas. In fact, it has often been described as “a better version of reality”, if such a thing exists.

Despite many differing opinions on its definition, there are some widely accepted attributes of the metaverse as it’s being created today including:

Finally, one of the fundamental notions is that in its ideal form, it is decentralized through community ownership without a monopoly or supremacy.

I believe the metaverse is currently in its nascent form. Extended reality (XR) experiences are being built all around us (our company is responsible for many of them) but they aren’t yet continuous or connected in a unified environment. Much like the first iteration of computers could create isolated pieces of content in closed networks, pretty quickly the internet allowed a sharable and connected network of content, which then needed sorting and filtering with search engines like Google. Eventually we had an accessible entry mechanism through mobile phones before it truly became a tool for everyday use. I believe the metaverse will follow a similar evolution.

For what it’s worth, Zuckerberg defines the metaverse as “a virtual environment where you can be present with people in digital spaces. An embodied internet that you’re inside of instead of just looking at.”

Zuckerberg’s attempt to own the metaverse concept with the rebranding of Facebook to Meta and its declaration that it is a “metaverse” company, could be considered both a blessing and curse to folks like us in the immersive technology industry. On the one hand, it means the metaverse has become part of everyday vernacular, and associated technologies like AR and VR are impossible to ignore. Development and accessibility will likely accelerate faster. At the same time, a company like Meta that is under attack for its questionable approach to monetization and data privacy/ownership among other things, brings with it a sleuth of cynicism about any venture it backs (Disclosure: Zebrar works with Meta).

Further, the idea that the metaverse can be owned by any solo entity is counter to its underlying value.

Why should you care about the metaverse?

The metaverse may be in its nascent stages but it’s foolish for companies to ignore it. An easy comparison is social media marketing. Social media was initially seen as experimental, then quickly became “added value” content, and now it’s embedded into every marketing plan because this is where people spend their time. There are whole careers and industries focused on building online personas and brands, so is it really hard to believe there would be a merging of offline and online personas?

The reason you should care is that the metaverse is being created right now. An “embodied internet” or “spacial internet” is coming but the rules and experiences have yet to be fully defined. It’s up to you if you want to help create it in a humane, collaborative way or if you’re happy for it to be defined for you.

In my opinion, companies and brands will inevitably have a big impact on the future state of the metaverse (honestly they already are) because smart brands go where the people go, just as brands have been crucial to propelling forward AR and VR technologies as UX behaviour is changing. So the big question is how do we keep this unencumbered, decentralized virtual environment where people can take on any form they desire – moral, humane and community centric?

It’s one of the first times in my lifetime that I can remember ethics and social impact really being considered before a new technology is released into the world. Let’s face it, the social impact of platforms like television, social media or video games were not deeply considered because we had a sense of their wider impact. But this time around, we know better and we have the language to talk about it. We know there should be thresholds for consumption, we know there should be age-gating, we know moderation is something that needs careful consideration, and we know that technologies and platforms can be used in ways they were never intended – for better or worse.

As a mother and CEO of an immersive technology company, I think about the impacts of technology on the younger generations a lot. Unfortunately, I don’t have all the answers. My call to action is simply this: let’s think about the social impact of the metaverse and the content we create for it early. Let’s think about it as individuals and assume that the onus is on us as experience and content creators. Let’s make sure there is clarity and openness around what is digitally altered and what is not. Note, I didn’t say “real” – just because something is digital doesn’t mean it isn’t real – just ask the folks spending $4,000 on a virtual Gucci handbag inside Roblox. There’s no reason to leave it up to Meta or any other sole institution to define metaverse ethics for us, it’s up to each individual contributor to build experiences and content that serves society and puts people, not profits, first. Especially in a decentralized environment.

Should we be scared?

Like any new technology or platform, people (including myself) are confused and wary. A healthy level of caution is absolutely warranted and will lead to better results and more thoughtful development. But I don’t think we need necessarily be scared. Particularly because I believe in the intelligence and collective morality of Gen Z and upcoming generations who collectively seem to understand and care more about the long term than previous generations ever have. They also care more about transparency and authenticity for want of a better word. And perhaps naively, I believe humans can learn from their past mistakes and input measures to prevent a dystopian novel come to life or the entire human race spending all their time outside of reality, instead of in it.

There is huge potential for the metaverse to change a lot of different elements of our lives for the better.

Social interaction could truly be enhanced. The ability to be in the same environment and interact with our loved ones and communities of all kinds in any environment of your choice enhances our ability to feel connected.

Not only that, but being able to take the physical form of anything you like is quite a beautiful thought in many ways, provided it doesn’t harm others. We’re not talking about complete anonymity which we all know can lead to “trolling” and lack of accountability. In fact, it’s quite the opposite, it means people can express themselves in an embodied manner in ways previously not possible without the hindrance of physical limitations.

So what does the metaverse mean for companies? For online customers, your brand is no longer a logo and anonymous workforce behind a suite of products or services, it becomes personified and experienced.

There are endless opportunities so let’s talk about something fairly straight forward. People can shop and experience your brand, wherever they are. Instead of reading a product description or seeing a picture online, they can try on your product in real size, see it in their own homes or engage with it in a relevant environment. They can also engage their friends or networks to receive advice instantly, or even talk and engage with previous customers – all before purchasing.

Rather than interacting with anonymous customer service reps or chatbots, they can “interact” with your teams wherever they are. Despite being virtual, this creates a far deeper, and indeed human to human connection.

For the metaverse to live up to its hype and promise of improving social interaction, enhancing creativity, improving learning and social commerce with the best of both physical and virtual, we need to think of the people who engage with it first as people, not as users and not as consumers. It needs to retain the community-centric ethos that so many of these networks start with but so quickly lose.

How do you prepare and get involved?

If something hasn’t come to fruition yet, how do you get involved? The good news is, if you’ve experimented with any kind of extended reality (AR, VR or even virtual effects) you’re on your way. These are the technologies that are used to create the metaverse, so any XR content you’re building is contributing to its evolution and can be used in a mixed environment or eventually in a fully virtual environment since it uses the same web standards.

We certainly don’t expect nor recommend throwing caution and cash to the wind and seeing what sticks. 99% of companies don’t have the resources to take this approach, nor is it sustainable. So start slowly and build content strategically on your own digital platforms or on existing ones, and test and learn from your communities over time to see what truly benefits and engages them. Identify partners and niche communities early. Over time, it will become clear where your company’s place may be in a wider metaverse and how you can genuinely contribute to it in a beneficial way.