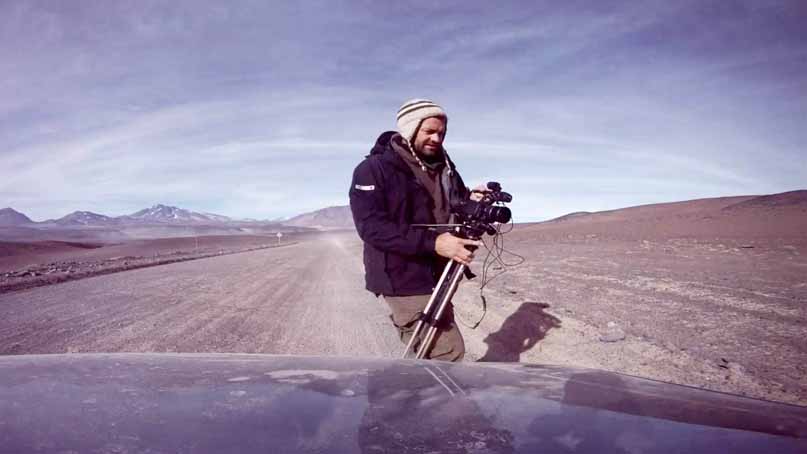 Dream Racer screened alongside a selection of the best sports films from around the world and festival attendees included legendary producer/writer/director Peter Farrelly. As a winner at All Sports LA, Dream Racer will go on to compete at the World FICTS Challenge (Federation Internationale Cinema Television Sportifs) in Milan, Italy in December. In competition in Milan will be the winners of 14 sports film festivals from five continents. 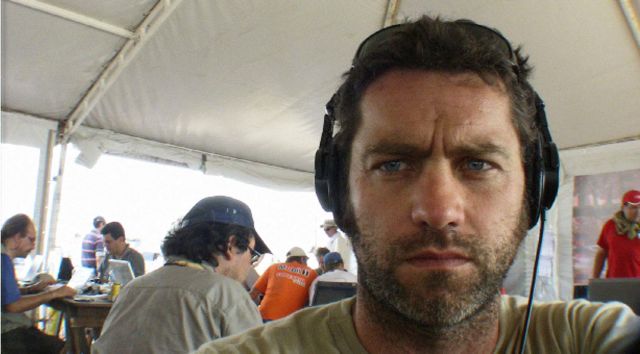 Lee (pictured left and above) was in Los Angeles for the All Sports Festival –  and to collect the award. “It’s so great to come to LA and bring back a gong,” he says. “I’ve always believed in the strength of the Dream Racer story and I guess this award shows that my belief is warranted”.

The announcement comes a day after Lee announced a private preview screening in Sydney of “Dream Racer” – the inspiring true story of one man’s attempt to single handedly take on the world’s most dangerous motor race – The Dakar Rally – on his motorbike.

In Dream Racer, Lee and race competitor Christophe Barriere-Varju endured heartbreaking hardships in their quest to finish and film the Dakar race. Barriere-Varju almost failed to even make the start due to inadequate financing, preparations and support. On the shoot Lee, as a one man production company, faced a grueling schedule – driving up to 1000km a day in a tiny rental car, filming, interviewing, backing up the enormous amount of data he was capturing and keeping his five HD cameras alive in the harsh desert conditions.

Dream Racer is now complete in the form of a 93 minute docudrama feature film with a “TV hour” version to follow. But a journey that began as an escape from advertising has had the opposite outcome: “Dream Racer is above all a great human story,” says Lee. “I am more excited than ever about the power of story in the work that we do at The Hallway. The lines between advertising and entertainment are becoming increasingly blurred and ‘Dream Racer’ has given new inspiration for what it can mean to be a great advertising agency in 2012.”

Dream Racer will be shown for the first time at an invitation-only media industry screening tomorrow night (Wednesday November 14th) at the Verona Cinema 4 in Paddington, Sydney.

The All Sports Award follows other awards won by Lee and The Hallway. Recently the agency won two ADMA awards for its work on sports drink Mizone.