Significant jobs for AWARD School graduates, as search for next wave of creative talent kicks off 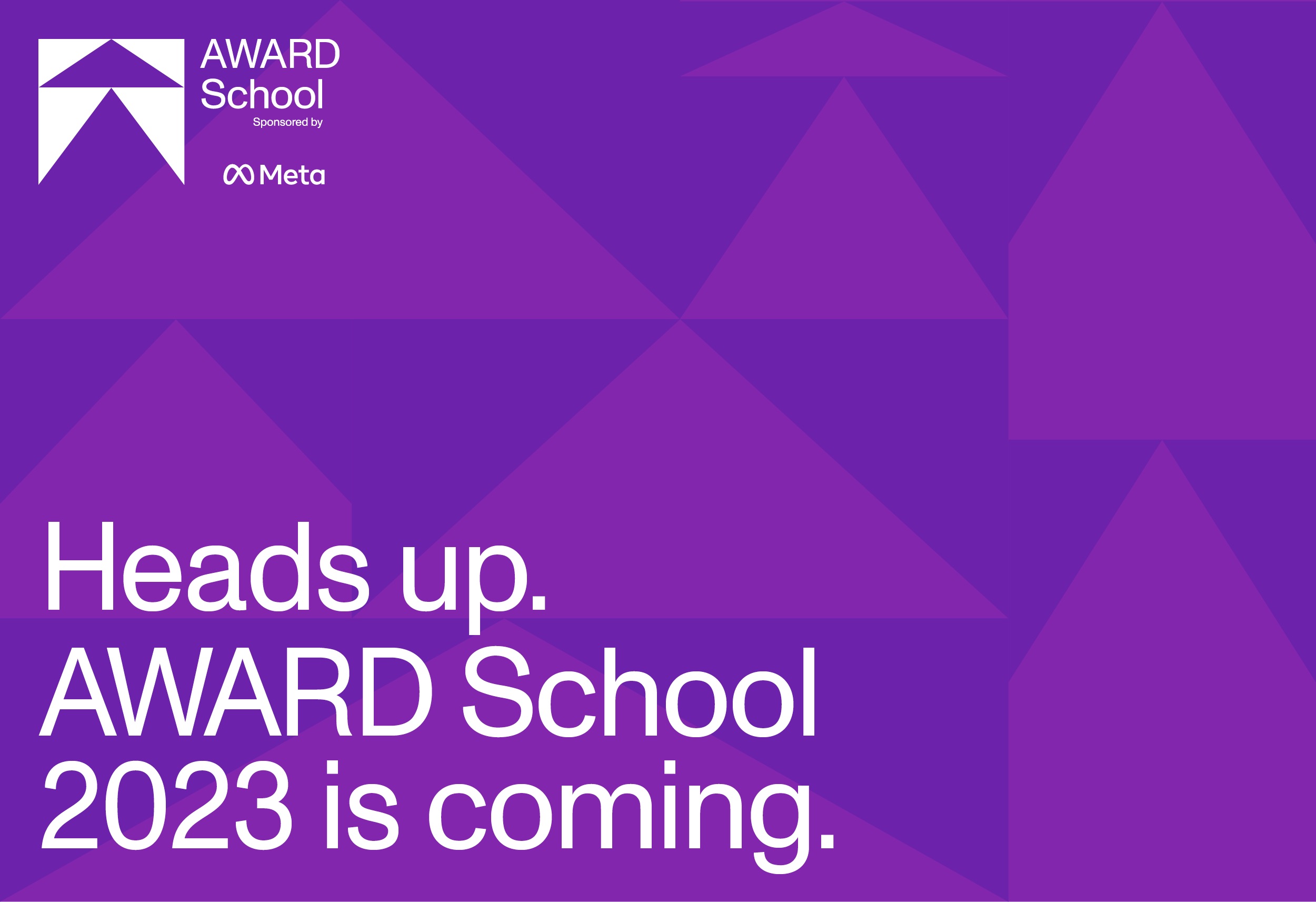 AWARD School, proudly supported by Meta, has kicked off its search for the next wave of creative problem solvers, storytellers and big thinkers to nurture and accelerate as part of its 2023 program.

Twenty of them now work as creatives in leading advertising agencies across the country – Dentsu Creative, Howatson+Company, TBWA and VMLY&R included – and thirteen have been promoted from their previous position.

Furthermore, 115 out of nearly 200 students from AWARD School’s 2021 program have secured full-time jobs since graduating, with an additional 37 students receiving promotions.

Says Katrina Alvarez-Jarratt, executive creative director at TBWA\Sydney and AWARD School national/NSW co-head: “This year, AWARD School celebrates its incredible 40th anniversary. Forty years of creating leading creatives. Forty years of unearthing a hotbed of talent from across the country and equipping them with the knowledge and inspiration to kickstart brilliant careers in advertising and other creative fields.”

Says Matt Chandler, executive creative director, DDB Group Australia and AWARD School national/NSW co-head: “As part of this incredible milestone, we’re proud to be recognised as Australia’s premier incubator school for creative thinkers, writers, creators and designers, and look forward to mentoring the next group of 200 talented students who will help us continue that tradition next year.”

Both Alvarez-Jarratt and Chandler will remain in their roles in 2023 alongside all but two of the program’s current state-based school heads. The group will oversee more than 100 tutors from across the country who work together to support and challenge AWARD School students in pushing their creative boundaries and realising their potential.

AWARD chair Cam Blackley welcomed this year’s program leaders while also paying tribute to outgoing 2022 QLD and WA AWARD School Heads Lindsay Thompson and Liz Hammond: “This year’s program leaders worked tirelessly to ensure 2022’s cohort of students were equipped with the right level of strategic and creative thinking to secure a place within top agencies and set them up for a great career in advertising and other creative fields. We sincerely thank them and Lindsay and Liz who leave us this year.

“I’d particularly like to welcome Richard Berney as the new AWARD School Head in Western Australia, a passionate executive creative director who has worked in top agencies across Sydney, London, Amsterdam and Perth. His two decades of experience building some of the world’s biggest brands will be invaluable to our incoming group of AWARD School students.”

The AWARD School 2023 application process will officially kick off on December 6 with a free, one-hour info night for anyone interested in creativity and a desire to find out more about the program. See the AWARD School website.

Applications for 2023 will officially open on 8 February 2023 and will close on 22 February, with the successful group of 200 students starting the intensive 12-week program on 20 March.