Sean Boyle: Meditations in an Emergency 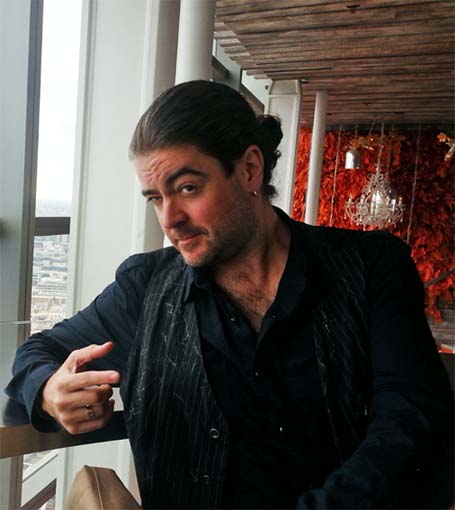 For all that, it was a surprisingly refreshing sojourn.

The ‘key finding’ was this enormous sense of just how unimportant and largely unnoticed the things we make are to the average Joe and Josie in the street. My last major gig before New York kicked me to touch, was with Gillette (but it could have been any big FMCG brand from Nestle, Kraft, Unilever, et al). Hundreds of people, all over the world, every hour, of every day, on long, long, conference calls, arguing, debating nuance, worrying about ‘top right’ and ‘bottom left’ …cramming as much in the messaging as possible, as if that somehow will force the ad to sell more (hint: it won’t!); lining the pockets of sportsmen and then not using them particularly well; following rules to the nth degree (never breaking them); never zagging while all the others zigged; making sure that every single time we spoke to a man with a piece of communication, we showed him (once again!) how to shave (just in case he hadn’t quite grasped it the first bajillion times)…basically doing things the way they’ve always been done. Again and again. Over and over. Selectively ignoring the plaintive cries from consumers when they bellowed that the work was dull, garish, boring, uninteresting, uninspiring, sexist, plain stupid. Thinking…believing…that ‘highly creative’ advertising – yes, the sort of stuff that wins at Cannes – was not what REAL, PROPER, GROWN-UP marketing was all about but rather some sort of masturbatory exercise for agency creatives to keep them on side.

On and on and on…

Anyway, I left it all behind.

In psychological terms, one could safely assume I was totally conditioned to spot Gillette advertising as I went about my daily new life away from the business. I had been subsumed in shaving and razors for close to two years (I even shaved every day, which pleased me mammy!) One of the biggest brands in the world that targets men (and me a particularly hairy one at that).

Nada. I can’t remember seeing ONE thing from Gillette in the past two years (bar some new wiggly razor that seemed to go sideways – and even that’s a bit hazy). All my time watching NFL, Manchester United, tennis, backing and watching Sergio Garcia lose again at golf. All the places they were talking to me. Trying to ’emotionally engage’ and ‘start conversations’. All my Facebook, Twitter, Pinterest, Instagram and Youtube. My magazines and my smart phones. Podcasts. Billboards. Trips to Costco and Boots the chemist.

Nada. And me, remember, a brain that is utterly primed to look out for it. Me who knew the account switched agencies a year later. Me watching with interest to see what Grey would do that BBDO couldn’t, wouldn’t or didn’t.

Nada. This is not a polemic against Gillette. I also didn’t see anything from Schick/Wilkinson Sword or any of the other competitors whose messaging we used to dissect with a fine-tooth-comb in search of ways to ‘superior claims’. I have worked with P&G for over a decade on and off. I have many, many friends in the organisation and I have the utmost respect for it. They are perhaps the one company of the big ‘uns who listen to new ways. Who allow and encourage the contrarian to speak. Who believe that every revolution begins with the sound of one voice. Who understand the above dilemma more than anyone else. And who are probably going to be the first of the big consumer conglomerates to bravely crack the problem, not least because they realise their business is kinda urgently demanding it.

No, the point here is about marketing and advertising in general and what it has become. About how much time we spend nervously over-thinking what never, ever needed to become this difficult. If I, as an adman for 27 years, can leave such a high profile brand, and two years later not be able to recall anything…anything!…the brand I used to work on has done in its efforts to target me…there is a major spanner in the works, not least that billions and billions of dollars are clearly gurgling down the sink.

I decided to binge-watch Madmen again from the beginning. If you sweep the misogyny and whiskey-drinking-with-a-fag for breakfast to one side, it is interesting to see how the business actually worked back then. Sure, there was research, and clients and fledgling marketing departments, but at the core of the industry, was a confidence in experience and specialist knowledge. I caught the tail end whiff of this when I started work in Dublin in the mid nineteen-eighties (our boardroom was wood-panelled and had red, leather-bound boxes with loose cigarettes inside that we used to nick).

One particularly memorable bit was when Don Draper was trying to sell a lipstick client on a brave-ish new approach to his advertising. The brand was number four in the market. It had been languishing in that position for decades. The client baulked. Don kinda suggested he leave. The client went all ‘wait a minute’ about it and asked why he was being kicked out.

Draper’s reply: You’re a non-believer. Why should we waste time on Kabuki?…You’ve already tried your plan and you’re number four. You’ve enlisted my expertise, and you’ve rejected it to go on the way you’ve been going…I’m not interested in that.

In effect, Donny boy was asking the client whether he really wanted to make things happen or just continue to pretend to do so. To continue to be a number four player. How many marketers out there today are genuinely seeking to move their brands to a new pedestal…to greatness rather than the dull mediocrity that predominates? Marketers, surely above all else, are supposed to move product – as much of it as possible. And to make their brands the most relevant and rich and strong that they can be.

Think about it. Think about a brand, any brand, at any time over the past FIFTY years, that has done something deliberately different, or out of the box. A brand that has bucked the way things are advertised in its competitive set. That took what we in marketing might call a ‘real risk’ with its work. Think about a brand that has done this, and that by so doing, this very action failed utterly and caused the brand’s collapse and ultimate demise. It’s possible there might be a few out there, but it simply doesn’t happen. I had to go back to ‘You’re never alone with a Strand’ to find one that categorically seemed to match this criteria. 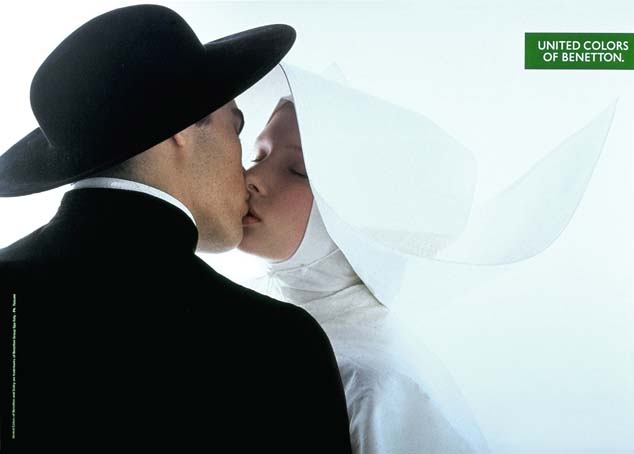 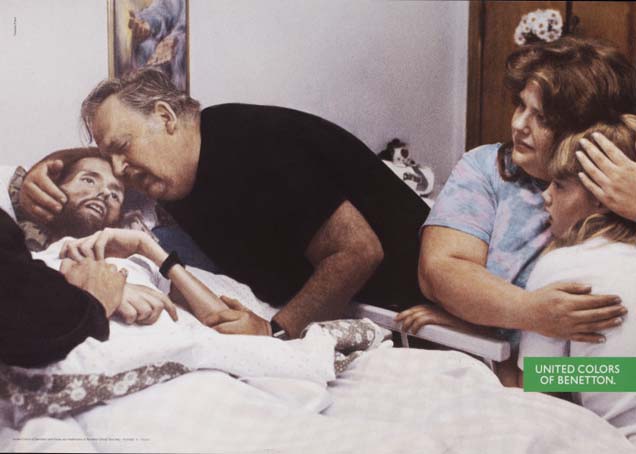 Sure, plenty of brands gave it a good go. One immediately might think of Oliviero Toscani’s provocative Benetton poster campaign from the 90s. As one of my ex bosses said about it at the time, ‘Benetton should stick to knitting jumpers’. And yet from this distance, I would argue that that work was way, way ahead of its time and the Benetton business was certainly not buried by it. If anything, it made them stand out like dog’s balls. Can you think of any marketer today, almost a quarter of a century later, that would have the canine cojones to run with this sort of work?

And yet the past FIFTY years are littered with brands that went sales-stratospheric by embracing the different, the creative, the mould-breaking.

Like it or hate it, what Benetton did – what all campaigns should strive to do – was to single-mindedly seek to make the brand famous. The only objective. It made it talked about. Genuinely talked about. It realised that to do this, you must absolutely not appeal to hard, rational selling or lowest common denominator messaging. Ever. They created debate and discussion in a time before social media and the internet. They polarised opinion and to hell with it.

Apple at their best do this. Nike do it (ahem). The small coterie of cliché brands that we CAN recall seeing stuff for over the past two years have usually done nothing more than set out to make themselves famous. It doesn’t necessarily have to be achieved with controversy. But it has to be simple. It has to be entertaining. It has to make me feel something.

At least for the ad bit.

Give me goosebumps. Make me laugh or cry or make me angry.

Just make me feel something.

Before it got all WPP’ed into shape, Ogilvy & Mather was a glittering jewel in the advertising business for many decades. They had a culture that treated people with respect. They had an old ad guy called Neville Darby who used to run courses training people in the trade. As trainees, we were always taught the mantra of David Ogilvy: if we ever encountered a piece of advertising – no matter how good – that ‘could be for anything’ (
i.e. it wasn’t indelibly linked back to the product it was advertising in a relevant and easily accessible way) – then it was BAD advertising.

Meaningless Distinctiveness trumps Meaningful Differentiation every time. Why? Because we now have a better handle on behavioural psychology and have rock-solid, hard data that says so. It turns out the guys who set about using their 30 seconds or flash-by-billboard or thingy on Facebook as a way to build brands rather than flog them short term, will not only have richer, more rounded, and bullet-proof assets into the future, they will also sell much, much more product at higher prices. We don’t buy as a species by thinking about RTBs or USPs we buy on emotion. In fact, we hate having to think and where possible, we choose subconsciously, associatively and emotionally. We shop with feeling not with thinking.

This all distils down to a new rule. Something my new boss – John Kearon – once said to me: After three decades in advertising and market research, I’m convinced you only need to do two things: make your brand famous; and make it available.

And so as another Cannes draws to a close and we sweep the scam and the rose-drinking-before-breakfast under the carpet; to me there suddenly appears to be the beginnings of a new horizon looming. A return to real work, for real, worldly brands that is rooted (all the time, every ad) in one core objective – AIM FOR FAME. Your phone, your car, your beer. Make it the one that comes most readily into the minds of ordinary people to the point that they can immediately raise a feeling about it and associate it with distinctive words, pictures or ideas.

This fame is neither about the fame of market share nor that of share of voice. They are a different thing. Look what happens in your head when I ask you to talk to me about, say, Barclays Bank…and then, Guinness. Despite chopping and changing (a whole litany of brilliant) taglines like a boozed up schizophrenic, the beer from my homeland still conjures up this rich emotional tapestry in the minds of anyone who has the odd pint. Barclays…well, Barclays is umm…big, and blue…and, eh, a bank.

After spending the past two years writing his first stage play – Here Lies You & I – Sean Boyle has recently joined, BrainJuicer Group PLC – voted the world’s most innovative research agency for the past four years. He previously worked at JWT, BBDO and Saatchi & Saatchi. sean.boyle@brainjuicer.com