Say Hello in Elephant: David Sheldrick Wildlife Trust out to save an endangered language in innovative campaign via whiteGREY Australia 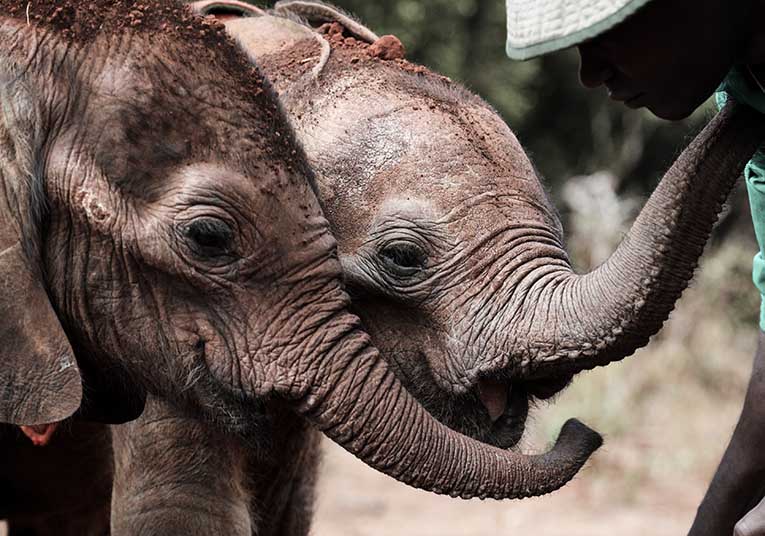 On World Elephant Day, after decades of scientific research, people will for the first-time be able to speak in elephant at helloinelephant.com.

For World Elephant Day [yesterday, 12th August], whiteGREY Australia partnered with the David Sheldrick Wildlife Trust and ElephantVoices, for the first time allowing human words and emotions to be translated into elephant calls.

The Trust and whiteGREY launched ‘Hello in Elephant’ –  a website using voice recognition technology, as well as input for text and emoji, to translate messages into the Elephant Language, so their voice can be shared and heard around the world. 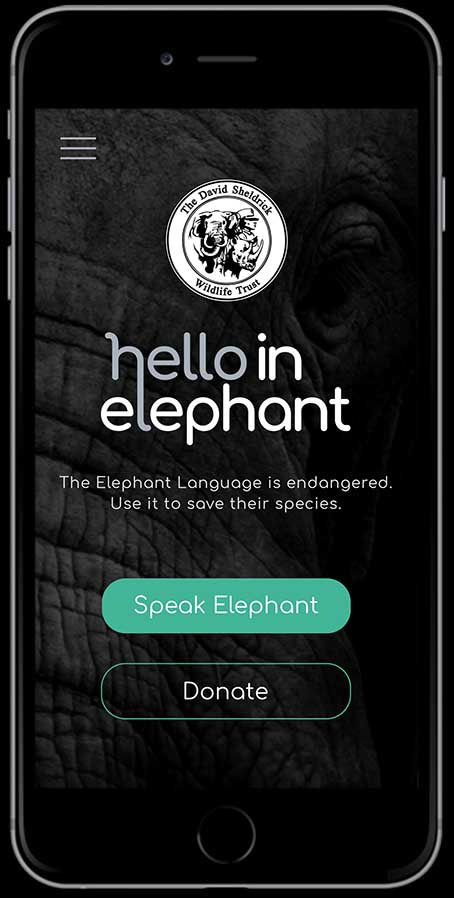 Elephants are one of the most human-like creatures on the planet, they share our emotional intelligence and sophisticated communication. But elephants are endangered, and so is their language. There were over 10 million African elephants in the early 20th century, now there are less than 400,000, by 2025 it’s projected only 190,000 will be left.

Says Dr. Dame Daphne Sheldrick, founder of the David Sheldrick Wildlife Trust: “Elephants are so like us, and they express many of the same behaviours and characteristics as humans do. The Elephant Language is endangered, so we’ve translated it to help save the species. Through this campaign’s celebration of this magnificent animal, we hope to raise greater awareness of the elephant’s plight and funding for our pioneering elephant rescue and conservation projects.”

Adds Chad Mackenzie, National Executive Creative Director at whiteGREY: “Partnering with these amazing organisations to give people a way to experience how wonderfully human-like elephants are, is what makes this project so exciting. Ideas like Hello in Elephant represent what is so inspiring about the industry we are in – to create work with the ability to become part of culture and change our world for the better.”

Born from the Sheldrick family’s passion for Kenya and its wilderness, the David Sheldrick Wildlife Trust is today the most successful orphan-elephant rescue and rehabilitation program in the world and one of the pioneering conservation organisations for wildlife and habitat protection in East Africa.

The Hello in Elephant website has been developed in partnership with ElephantVoices, applying its founder and esteemed conservationist Dr Joyce Poole’s extensive four-decade study into elephant communication and behaviour.

Adds Joyce Poole, founder of ElephantVoices: “Elephants are awe-inspiring and every moment in their company brings joy. Unlocking their rich emotive communication and gaining deeper insight into their world is fascinating. Yet, elephants and their habitats are under assault, and we urgently need to change hearts and minds.”

To say hello in elephant and help save this endangered language go to: helloinelephant.com.