The campaign is centred on an entirely new character created by Cohen, a Rogue Umpire, who is constantly sabotaging the game in order to maintain love on the scoreboard during tennis matches featuring Barty and Kyrgios.

While the Rogue Umpire (Cohen) tries to keep love on the scoreboard Uber Eats will post a promo code on their Instagram to unlock free menu items at selected restaurant partners every time the point score is love during the Australian Open. When there is no longer love in the point score, the code disappears. Throughout the tournament there will be thousands of opportunities to win free menu items (delivery fee still applies).

This is the third Australian Open campaign Uber Eats and Special Group have created. It follows last year’s takeover which featured Sharon Strzelecki from ‘Kath and Kim’ fame alongside sporting icon Serena Williams, and a host of other famous tennis faces including Kyrgios.

Says Julian Schreiber CCO and partner, Special Group Australia: “The first week of the campaign has been going gangbusters. People are really getting into the second screen experience of watching for when the score is love so they can snap up codes on Instagram in order to score food on Uber Eats.”

Says Tom Martin, CCO and partner, Special Group Australia: “We couldn’t be happier with how Sacha Baron Cohen’s ‘Rogue Umpire’ character has grabbed national attention. His antics with Nick Kyrios, and now with Ash Barty, have been getting coverage on national morning shows, the news and even interviews during the Tennis itself.”

Says Barty: “This is my second year collaborating with Uber Eats as part of their Australian Open campaign. After 2020 I was keen to see what was coming this year. When I saw the scripts and the cheeky comments from Sacha Baron Cohen’s Rogue Umpire I knew it would be a laugh. I hope people have as much fun watching it as I had making it.”

Says David Grifiths, head of marketing, Uber Eats ANZ: “Having the world number one and young Australian of the Year in our campaign for a second year is huge and it’s a partnership Uber Eats is incredibly proud of given Ash Barty’s class on and off the court.

“Ash brings a great warmth to the campaign alongside our cheeky Rogue Umpire and did a great job helping us explain the campaign mechanic – when the score is at love, you could eat for love. Given Ash only dropped ten points her entire first match there was plenty of love on the scoreboard, and understandably she’s getting a lot of love from fans on our channels who’ve been the recipients of thousands of free meals as a result of her on court dominance.”

Says Rebecca Kemp, marketing manager, Uber Eats ANZ: “There’s unsurprisingly been a huge amount of hype and buzz about the star turn of Academy Award winner and Golden Globe nominee Sacha Baron Cohen in our spots to date – the Rogue Umpire get more wild and closer to the line as the tournament goes on. But we’ve been just as delighted to see the positive reception Aussies Nick Kyrgios and Ash Barty are soaking in across our channels.

“The performances of both Aussies on court has been incredible and we’ve been able to have a lot of fun continuing the conversation with fans, while seeing tens of thousands of redemptions from our partner restaurants during three thrilling matches so far. The players are building momentum and so are we – there’s a lot more fun to come.” 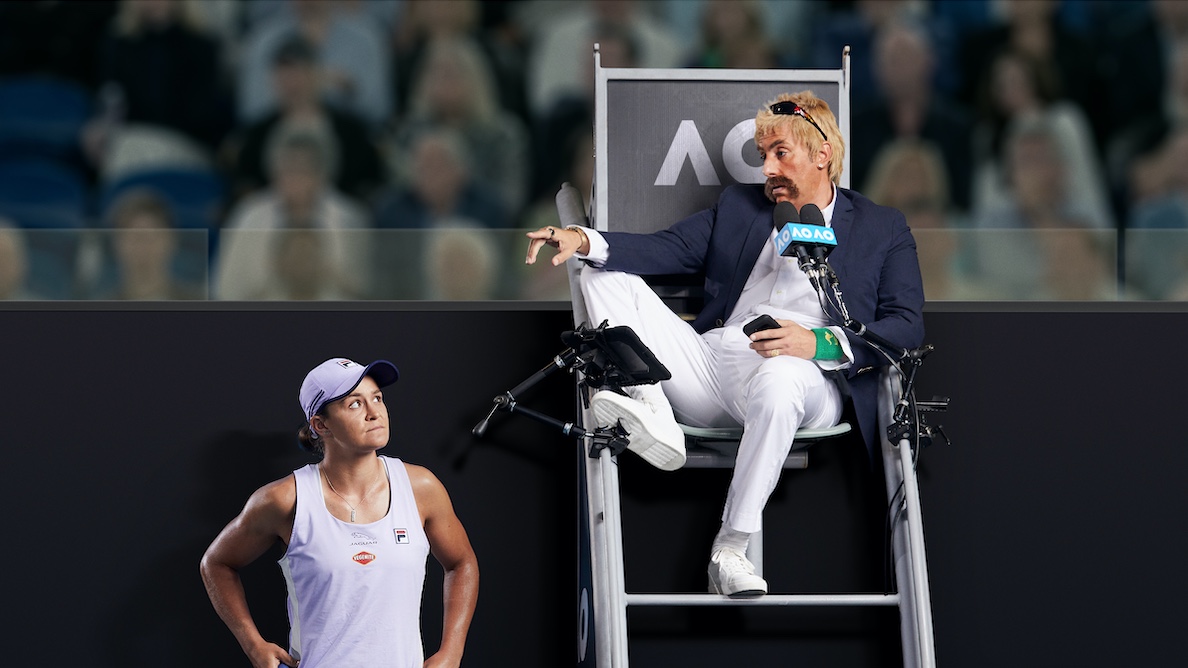 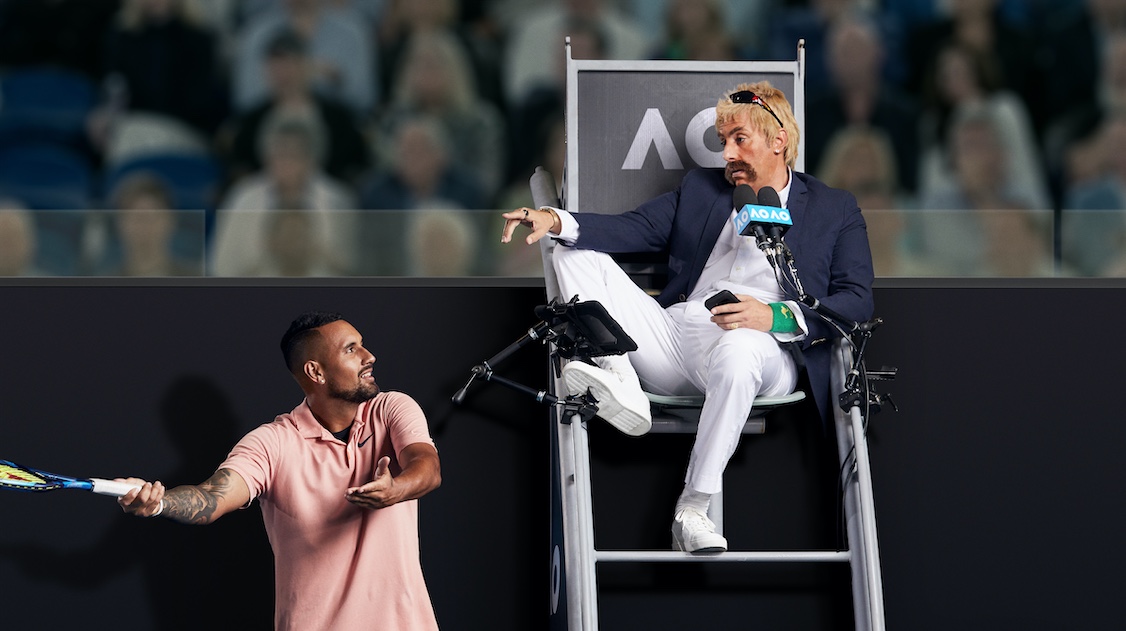