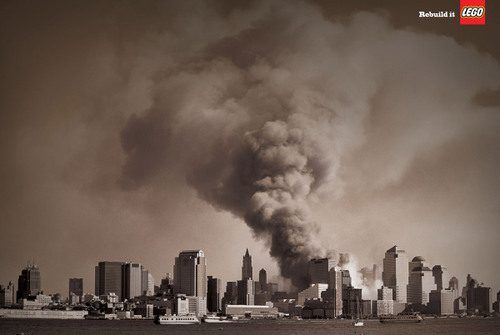 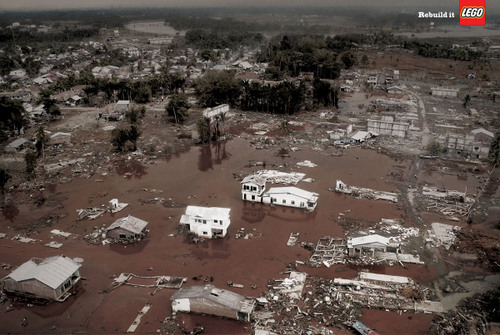 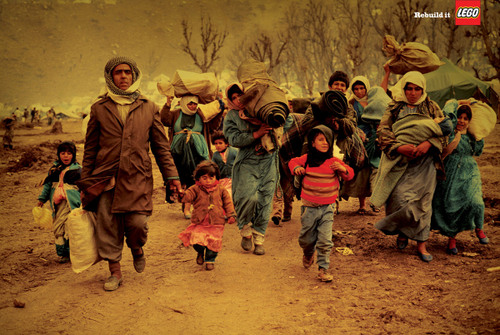 Following outrage from ad people around the world at the tasteless, fake Lego print campaign, the creative team responsible have been fired by Saatchi & Saatchi China and they have issued an apology to the ad world. The ads spread virally after being posted on an advertising blog, Ads of the World, sparking outrage among bloggers (including one posting a protest video on YouTube).

In a statement forwarded to the CB Blog, Saatchi & Saatchi China denied any knowledge of the fake Lego campaign: 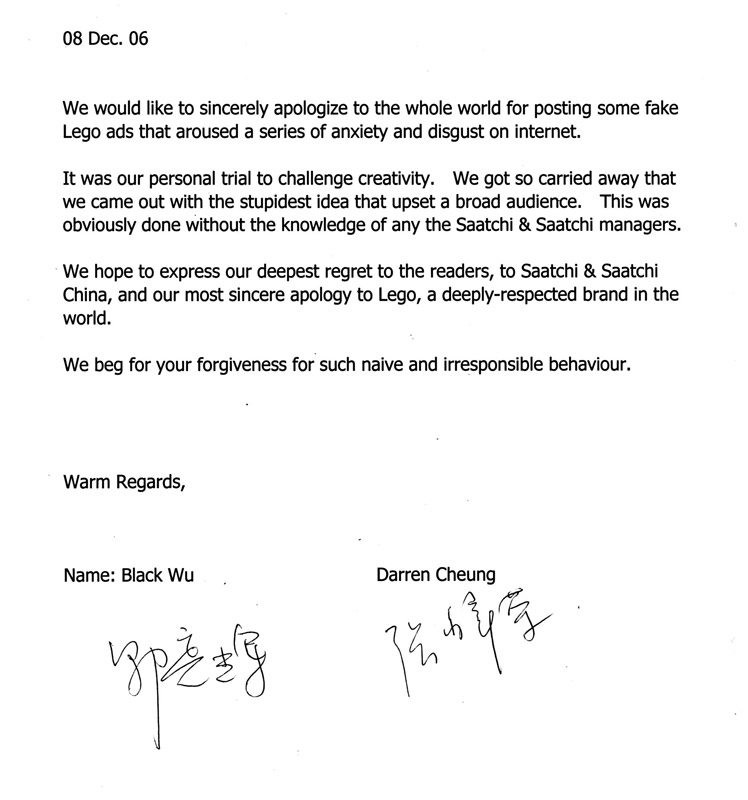 posted here did not come from Saatchi & Saatchi China. Lego is not our China client. The creation of these fake ads was purely personal behavior.

Saatchi & Saatchi China (the company, senior executives, and our creative directors) have never seen nor approved to run these ads. After indepth investigation, two staff have been dismissed today as their irresponsible personal behavior have severely affected our company’s professional image. Their illegally using Saatchi & Saatchi’s name, and the senior director’s name behind those ads without our company’s consent is an intolerable act. We, Saatchi & Saatchi, reserve the right to take legal action against these individuals.

Head of HI and Admin,