Today marks the release of the new Penguin Random House book, The Right-brain Workout. A program of seventy questions designed to challenge you to think more creatively, from more than fifty of the best and brightest creative minds from the worlds of comedy, film, literature, art, music and advertising.

Alex Wadelton, one of Australia’s most successful advertising writers, teamed up with Russel Howcroft, leading creativity advocate and star of ABC TV’s “Gruen”, to bring The Right-brain Workout to life.

Each page of The Right-brain Workout is a new day with a different question that encourages people to pick up a pencil or a pen and get their creative side working.
Questions such as:
– If clay was discovered to be a new superfood, what would it be renamed for consumers?
– There’s a creature that steals all our socks from the washing. Draw it.
– If the moon wasn’t The Moon, what should it be called and how would you sell it as a tourist attraction?
– Draw your surname as a heavy metal logo. 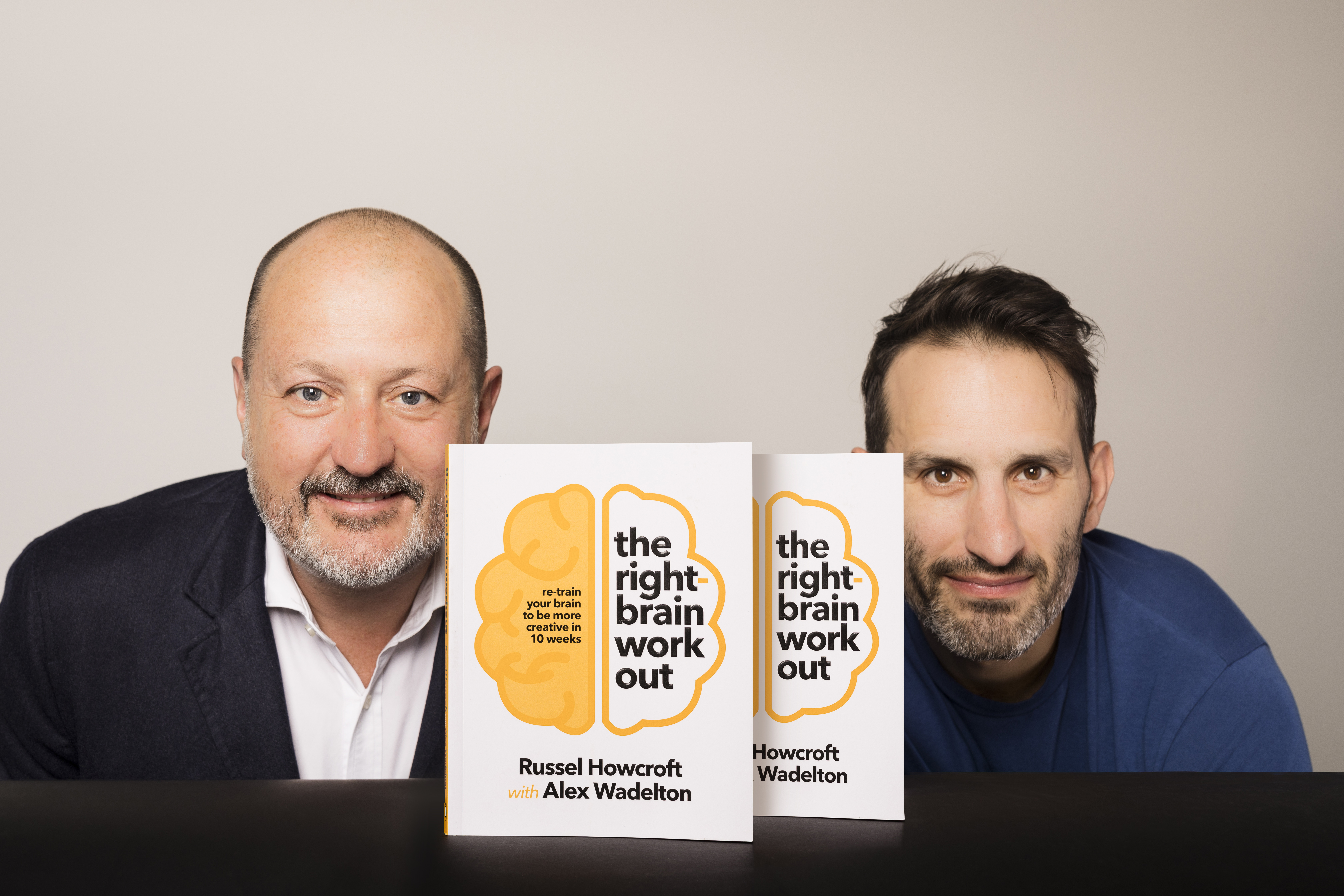 Howcroft has previously called for the establishment of a Creativity Commission to address what he calls the ‘Creative Deficit’ – Australia’s lack of emphasis on encouraging lateral thinking and new ideas as a force to fuel economic growth. Just some of the damning statistics about creativity and the economy are:
– Whilst 98% of five-year-olds are considered ‘highly creative’, that number reduces to 30% by age ten, then 12% at age fifteen, and eventually to only 2% among adults.-
– In 2016, the CSIRO predicted 44% of Australian jobs were under threat by the new industrial revolution.
– International predictive data on work released by the UK’s innovation foundation NESTA recently revealed creative jobs are likely to see a growth rate of 87% by 2030, contrasted with a sharp decline across more traditional industries.
– – Employment in the creative sector is growing at almost twice the rate of employment across all sectors.

Says Howcroft: “I have lost count of the number of times people say “your argument for creativity is all well and good, but what can I do now?” Well the answer is here. Do a right- brain workout, of course.”

Says Wadelton: “The Right-brain Workout won’t just help you get back in touch with your creative side. It will encourage you to take a few minutes a day to put something positive into your head, onto the page, and out to the world.”

It’s in bookstores today or can be purchased via rightbrainworkout.com

A portion of profits will be donated to Epilepsy Action Australia to help fund research into understanding what causes epilepsy and how it can best be treated.


“I love this! I basically started forcing the kids to come up with responses toothless tasks straight away and their responses were amazing.” – Waleed Aly (Host of The Project)

“This book is an absolute joy! It will help you with ur imagination and cretivity. It will not help you wuth your speling.” – Tommy Little (Comedian)

“Russel is leading the conversation on harnessing creativity to shape the future of our country.” –
Senator, The Hon Mitch Fifield

“Nothing inspires like the inspired. A book full of creative prompts from some of the most creative people on the planet is so perfectly simple, it could only have come from Alex Wadelton, someone inspiring me and others with his creative genius for years.” – Tom Whitty (EP Australia Talks)