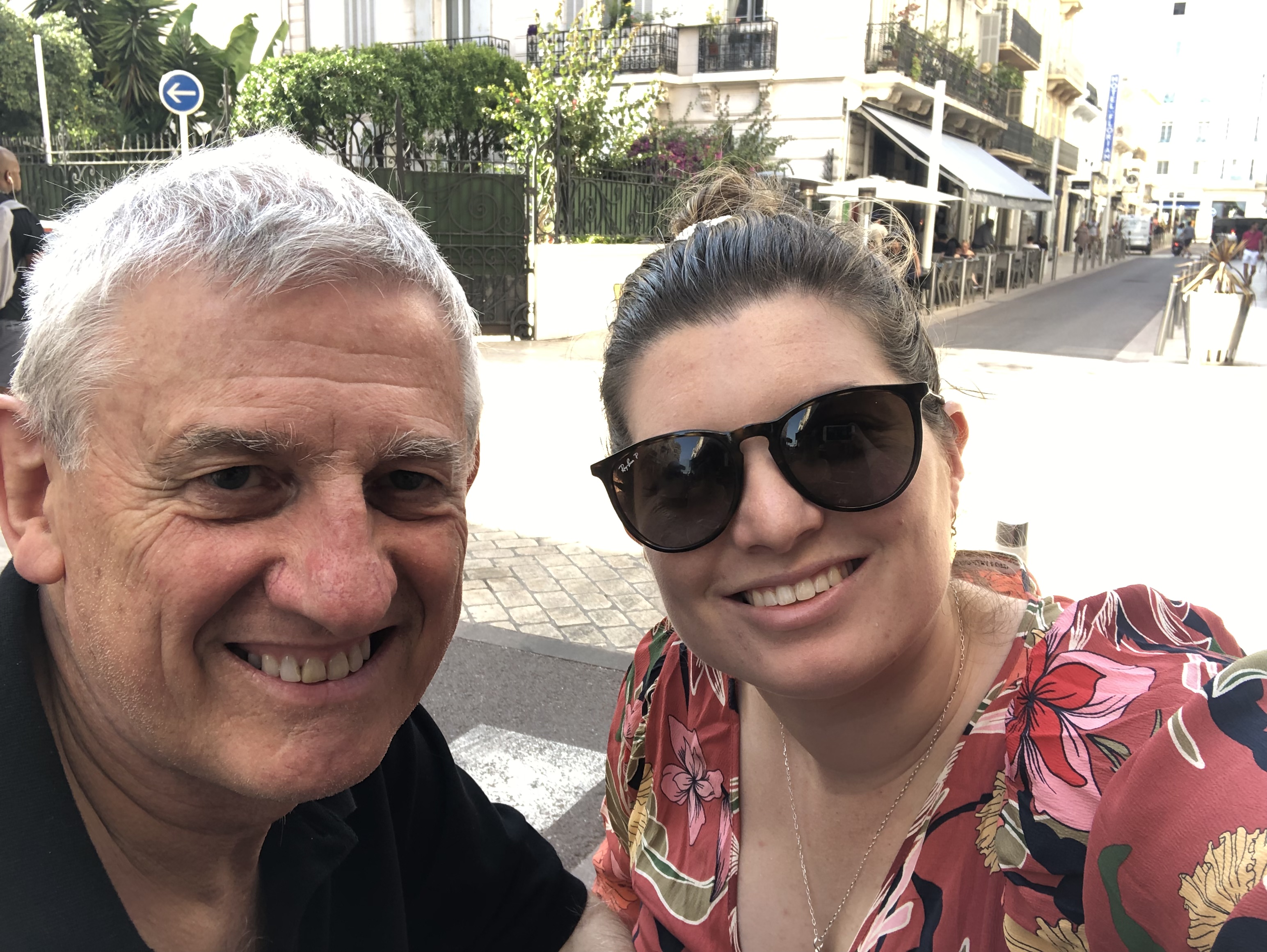 Paul Yole has been reporting for Campaign Brief  from Cannes since 2007. An industry veteran of over 40 years, this year Paul is joined by his daughter Emma, who is just entering the industry. Each day they will be giving their very different perspectives on the best sessions of the week. You can also follow Emma’s Cannes Instagram story @emmacyole.

Paul Yole has been reporting for Campaign Brief from Cannes since 2007. An industry veteran of over 40 years (latterly at The Brand Agency), this year Paul is joined by his daughter Emma, who is just entering the industry. Each day they will be giving their very different perspectives on the best sessions of the week.

Emma: After three flights and one car journey, we have officially arrived in Cannes! It’s sunny, 27 degrees and the atmosphere is buzzing.

We celebrated our arrival by doing the only thing you should do when you get to the South of France: drink a pint of beer in an Irish pub watching India play cricket. OK, maybe not the most traditional Provence experience, but we were in the company of Indian ad legend Piyush Pandey.

The Cannes goody bag this year contains only one item: a Closca glass water bottle. The bottle is linked up to an app which you can scan every time you fill it up to earn points and win awards. The goal is to save 150,000 plastic bottles during the week – #mylastplasticbottle.

The scale of this thing is huge. Here are some stats:
651 speakers from 41 countries, across 343 sessions.
Over 10,000 delegates and thousands more who have just come to hang out.
Over 400 judges from 50 different countries.
And, thankfully, 150,000 fewer plastic water bottles used this year.

Paul: I think I said last time that this is the 67th Cannes. It’s actually the 66th but it’s the first time since I’ve been coming that five shortlists have beat me to it.

In fact, the whole structure of the awards has changed. There are now nine ‘tracks’, which include 27 different Lions categories. Confused? You will be.

We’ve picked out a couple from outside of the favourites many experts are talking about. There is a huge amount of bias in our choices but hey, this is advertising.

Emma: Here are a couple of campaigns I’d like to see win big this week.

First up: #forthethrone by Droga5 for Bud Light and HBO. I binge watched all of GOT in 3 weeks this year, so to say I am a fan is an understatement. However, even those unfamiliar with the battle for the Iron Throne can appreciate this ad’s stellar costuming, set design and cinematography. Seeing an American beer brand sponsoring jousting is, well, different.

Next up is the ‘Belted Survivors’ Road Safety work from my good friends down at Clemenger BBDO Wellington. This ad makes wearing your seatbelt a sign of survival; as “cool” as a war wound from a weekend punch up. All the NZ Transport Agency work that comes out of this small Kiwi agency is top notch and highly effective, so I hope their work gets the recognition it deserves.

Paul: My first pick is the campaign for ITV from those brilliant guys at Uncommon Creative Studio. Beautiful storytelling and film craft. View ‘This is television’ below.

Then there is another British piece of film magic from Havas London. It’s for teacher recruitment and it has a beautiful line, ‘Every Lesson Shapes a Life’.

Finally, it’s a campaign from The Brand Agency Perth for Foodbank WA. A great cause and great work that has already picked up a D&AD Yellow pencil and a couple of early shortlists here. Good luck guys with ‘Hungry Puffs’.

Emma: It’s only Sunday so we haven’t really started yet. Tomorrow we have talks. Lots of talks.

But before then, it’s networking tonight. Or so I’m told.