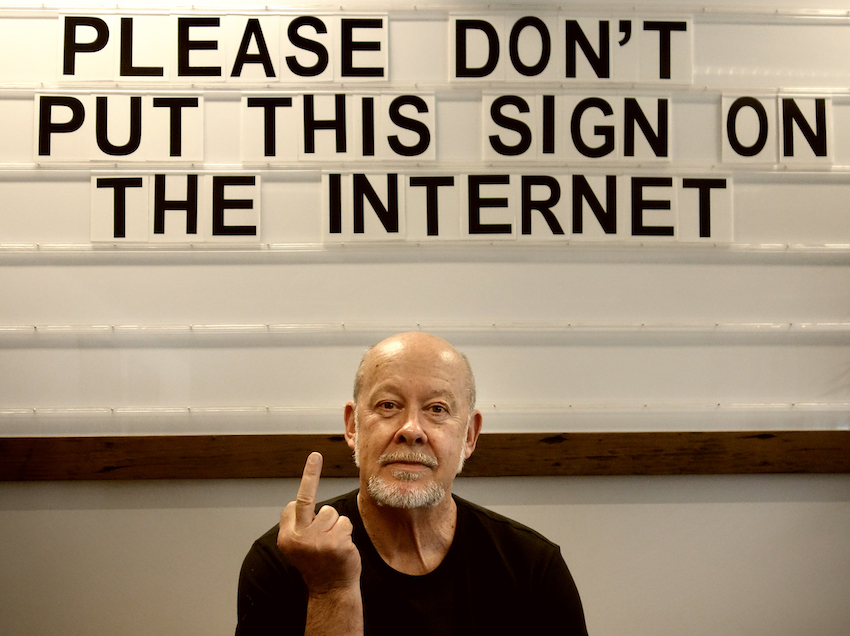 Rob Spencer, head of broadcast and video at Ogilvy Sydney is finally calling “That’s a Wrap” after nearly 50 years in business. Here in his own words, Spencer sums up his career and thanks the people who helped him along the way.

John Lee Hooker asked me for three things. A beer. A boloney sandwich. And a hooker with large breasts, and when I said of course, he laughed. Fergie told me she would only take direction from the DOP, because she thought he was cute. Desmond Tutu gave me a bible and a warm handshake.

Runners asked me for help when the shit hit the fan…. and I gladly gave it to them. Because John, Desmond, Fergie and the runners were all people who deserved the same amount of attention and support. Because production is all about people. It’s not about the newest camera chip or the latest drone….it’s about people. Give me people who are good at their craft, who will learn it to help, who are considerate and happy to work as part of a team and I was a happy producer.

Almost fifty years ago I started painting sets and shooting news film, editing and writing, sound recording, producing and helping people realise their vision. It’s when craft had to be learnt over years. Craft was like a magic trick, if you didn’t practice, it wouldn’t work.

Then I came to Sydney to learn new tricks. I had to learn how to play the game of selling directors, selling a dream, because these new tricks cost ten times more than my television tricks. I learnt cameras and film stock from gracious crew. And along the way I got to work out how to assemble rice grains and make them into art objects. I got to hear the Qantas children’s choir rehearse in the desert. I worked in a time when art direction was king. Glossy images were currency. Creativity was a gut feeling. And throughout it all, I learnt it was about people.

People took the time to teach me and I did the same. People told me their working secrets and I passed them on so the industry could keep growing.

People often asked what I did for a job and I always said ‘I was a fixer.’ I fixed this and fixed that so the machine rolled on. I fixed budgets and ego’s. I even fixed John Singleton’s dream of setting up a production company.

I met hundreds of wonderful people. Writers. Art directors. Directors. Runners. Assistant directors. DOP’s. Gaffers. Grips. Stunties. And I loved them all, because they looked at the world differently to me. They broadened my outlook and my life experience. And I thank everyone one of you for being part of my professional life..

Farewell drinks will be held for Rob from 5pm Tuesday at The Australian Heritage Hotel, Cumberland St The Rocks.