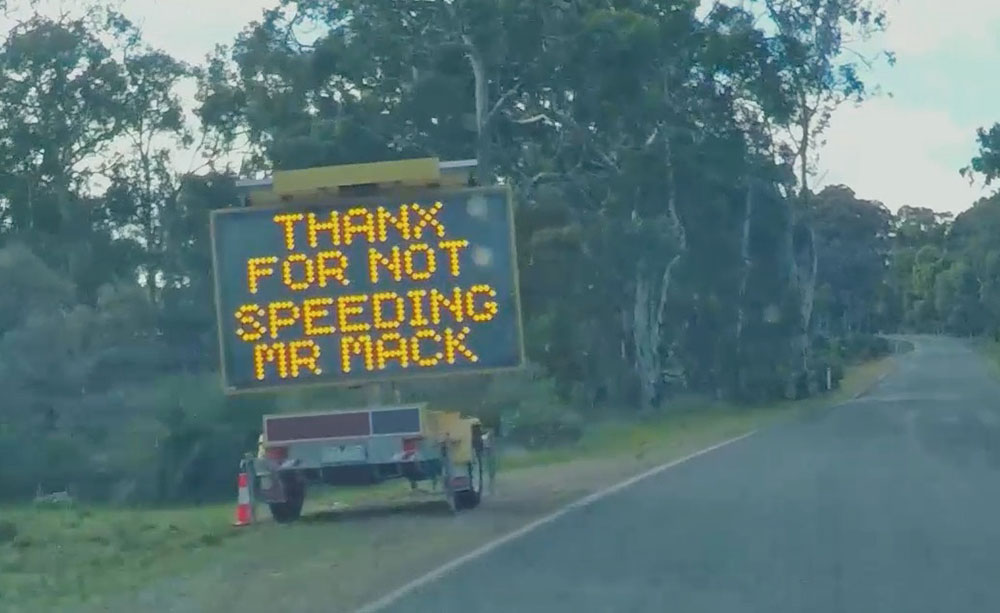 For the first time in WA, good drivers are the focus in the first of two high profile campaigns 303MullenLowe, Perth has launched for the Road Safety Commission.

The Zero Heroes campaign recognises and thanks the 800,000 West Australian motorists who have not gained a single demerit point in the last three years.

Hidden cameras were planted inside test vehicles and driven by unsuspecting Zero Hero drivers. Roadside traffic signs were then used to deliver personalised messages of thanks.

WATCH THE MAKING OF VIDEO

Road Safety Commission has undertaken extensive research over the past 12 months to inform a far more rigorous approach to targeting specific segments of road users in Western Australia, based on both behaviours and attitudes towards Road Safety.

The results of this research will see five major road safety initiatives roll out over the coming 12 months, including Zero Heroes.

“Zero Heroes is an Australian first – focusing on drivers doing the right thing on the roads – and there is good reason to do this,” said Derry Simpson, 303MullenLowe Managing Director and Head of Strategy. “Our research process unearthed a staggering 800,000+ ‘Zero Heroes’ in WA. These are people who have not received a demerit point in three years, and often much longer. This is a huge proportion of our driving population in WA doing the right thing, and we think they should be acknowledged for it. We know that social norms can play a huge role in influencing behaviour, and with 800,000 good drivers on our side, this is perhaps the most powerful tool we have to use in saving lives on our roads in WA.”