R/GA is continuing its expansion with the opening of its fourth office in Austin, Texas with Aussie expat Paul Dery at the helm in the role of executive creative director, reporting to Nick Law, EVP, global chief creative officer.

Dery left M&C Saatchi Sydney in 2009 and joined R/GA as seniorwriter soon during the height of the recession. After 18 months in the role, Dery was promoted to associate creative director.

While at R/GA, Dery has helped create some of the agency’s most memorable global projects including “Ask Buck,” MasterCard’s hero campaign for the 2011 Rugby World Cup, and “That’sNotCool.com,” a pro bono campaign for the department of justice, Ad Council, and Family Violence Prevention Fund.

Dery and Bunch will be joined by Peter Kim, managing director, business transformation, and Katrina Bekessy, director, technology and design. Kim joined R/GA from the Dachis Group, where he built one of the world’s first social business advisory firms into a multimillion-dollar consulting practice. Bekessy, an R/GA veteran, will help foster the office’s growth by building out the technology group and tapping into the deep pool of technical talent in the city. The office, located in the historic Littlefield Building on the corner of 6th and Congress Streets in downtown Austin, is currently home to 15 employees and is aiming to grow to between 30 and 50 by the end of 2013. 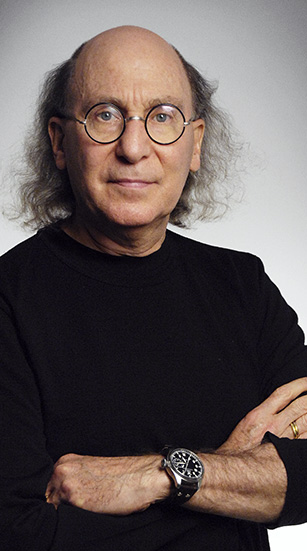 Says Bob Greenberg (left), chairman, and CEO: “With a proven leadership team in place, the opening of R/GA Austin is another exciting move for us and a great opportunity to expand our mobile and social capability. Austin is a forward-thinking, creative hub that has seen explosive growth over the years and we look forward to contributing to the continued evolution of the city.”

Ting has been with R/GA for more than 10 years, leading and developing the mobile and social platforms group. He has built it into one of the top five mobile agency groups by revenue in the United States, with over 50 employees and a presence in R/GA’s Buenos Aires, Chicago, London, and San Francisco offices. Under his guidance, the group has launched a variety of initiatives, from responsive web work for Grey Goose, L’Oréal, and Johnson & Johnson to mobile apps for Nike, Converse, and MasterCard, among others. These successes led to R/GA being named Digiday’s 2011 Social Media Agency of the Year and OMMA’s Mobile Agency of the Year. Ting writes about the mobile and social industry, and recent articles include “Why Mobile Will Dominate the Future of Media and Advertising” in The Atlantic and “Welcome to the Social Media Splinternet” in Digiday.

Bunch, who will report to Ting, has been at R/GA for more than five years. During this time, he has helped lead the agency’s growth in social and mobile, working across a base of diverse clients including Nike, Verizon, Converse, L’Oréal Paris, Unilever, and Google. Bunch is also a digital entrepreneur who has launched several successful ventures such as Blogs with Balls, Blogebrity, and SEOintelligence, which have been featured in The New York Times, ESPN, ABC News, and The Wall Street Journal.

Bekessy serves as the technical glue across disciplines at R/GA, working closely with creative and experience design teams to ensure that R/GA products represent the best in technology and creativity through the use of prototypes and experiential development. At R/GA, she has focused primarily on accounts such as L’Oréal and McCormick, producing award-winning mobile and social apps for McCormick including Lawry’s Digital Dinner Bell, an Android-based app that lets family members know via SMS, Facebook, and automated phone calls that dinner is ready. Prior to R/GA, Bekessy worked in academia as a web development instructor and on grant-based research through Parsons School of Design, where she received her MFA in design and technology.