‘Diary of an Uber Driver’ is the first production for RevLover Films a TV and feature film sister company to Revolver/ Will O’Rourke, founded by Martha Coleman, Michael Ritchie & Steve Rogers.

The six part comedy-drama series is based on the well-known blog and e-book written by Ben Phillips and directed by two-time Berlinale Crystal Bear winning director Matthew Moore. It follows Uber driver Ben, played by actor and illustrator Sam Cotton, who goes about his days helping passengers get from A to B, all the while trying to figure out his own life. We witness him navigating his way through impending fatherhood and a relationship in which he often feels like a spare part. This is of course, interwoven with the colourful characters we encounter through the revolving door of his car.

Produced by Martha Coleman and Lauren Edwards, the series was written by Thomas Ward and shot by Fast and the Furious franchise DOP Stephen F. Windon.

The early response from TV critics has been hugely positive, Bridget McManus (Fairfax) gave the series a 4 star review in her critic’s choice section “This comedy is darkly absurd, the connections human, and the actions spills out into the stationary world, taking intriguing turns along the way.”

Eddie Cockrell reviewed the series in review “Good writing is the key to any show’s success, and by that metric ABC’s new half-hour comedy-drama Diary of an Uber Driver rates a trip score of five stars…. Matthew Moore’s direction places welcome emphasis on naturalism over exaggeration, while veteran cinematographer Stephen F. Windon bathes Sydney in an appealing glow. Here’s a ride worth taking, and sharing.”

In the short time since it was founded RevLover has built a significant slate of film and television projects, working with some of Australia’s most distinguished creatives and securing development deals with domestic and international market partners including Foxtel, All3 Media, the ABC, Stan, eOne and Transmission Films.

Diary of an Uber Driver will screen on ABC TV + iview at 9.30pm on Wednesday nights. 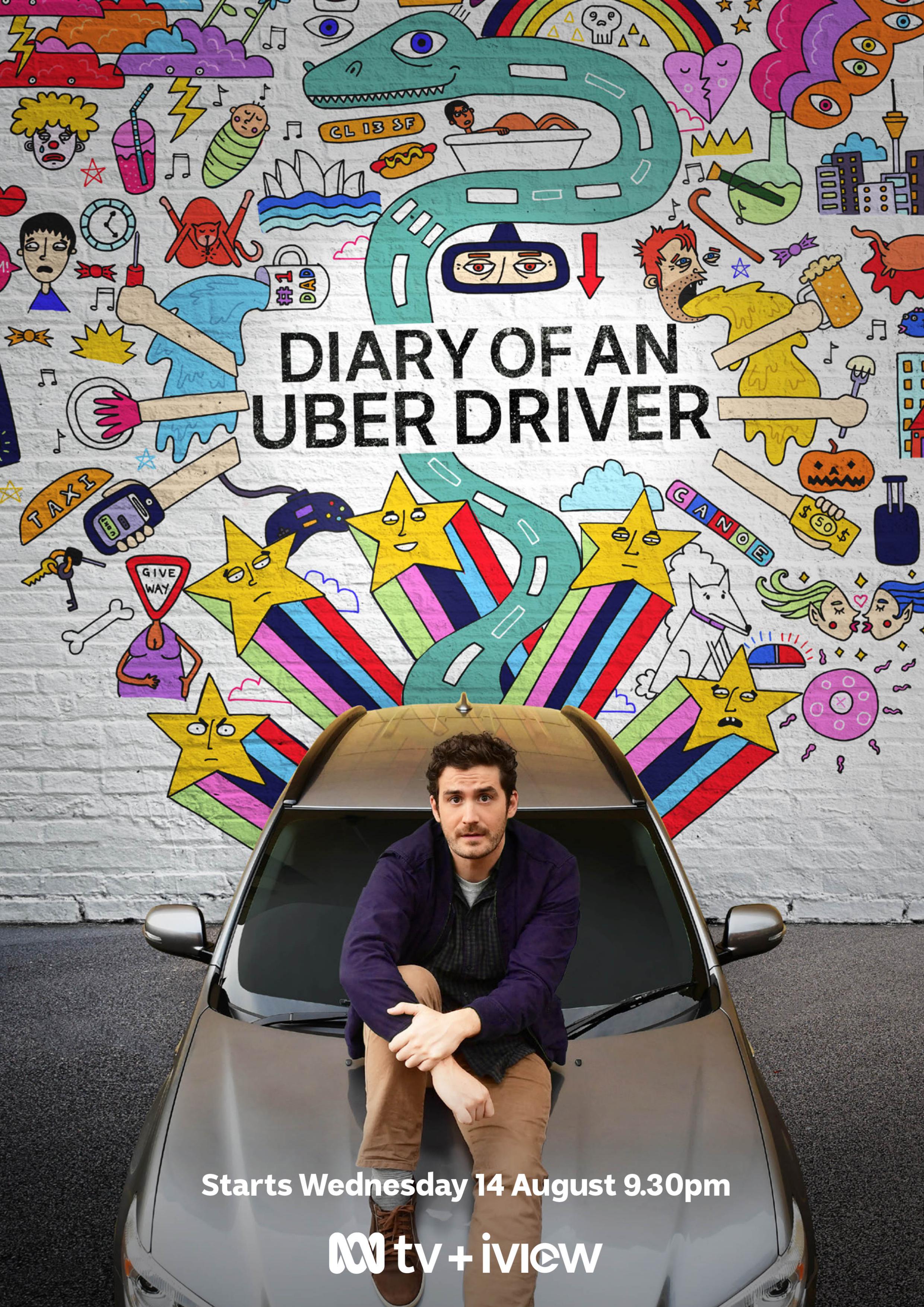