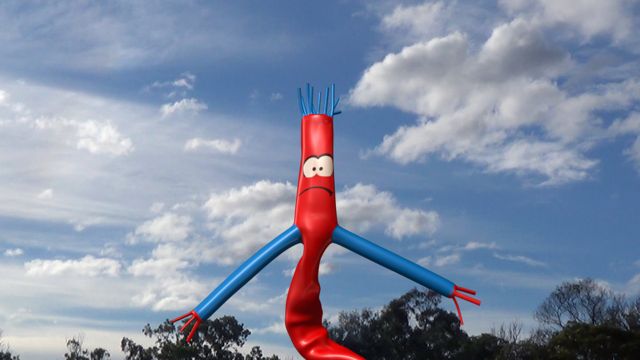 Evergreen Advertising and Marketing has created a television commercial designed to raise awareness of sleep apnoea, for client ResMed Australia.

The commercial will go to air September in a test market, and is supported by print and online media.

Sleep apnoea affects as many as 30% of people aged 50+, causing them to stop breathing for short but regular periods during sleep. It increases the risk of heart disease and diabetes, and also leaves sufferers feeling extremely tired, which leads to over 1,100 workplace accidents a year and makes them three times more likely to have a car accident.

The total cost to the Australian community is estimated to be over $3 billion.

Creating a commercial for sleep apnoea was an interesting challenge, given the complex nature of the condition and its impact on people.

The creative team, Ant Foy and Doug Molino, had the idea to use an ‘inflatable dancing man’ as a simple metaphor for living with sleep apnoea.

Originally, the intention was to shoot live action, but tests performed by director, Salik Silverstein from SOS Films, showed that controlling the movement of the inflatable man was very hit-and-miss, and animating facial expressions on it would be painstaking.

Silverstein brought in Noel Richards, from N Squared, to create the ‘inflatable dancing man’ in CGI. Richards was able to achieve a very realistic look and deliver subtle effects that would never have been possible with live action.

Big Ears Audio created the sound design to help bring the character to life and tell the story.