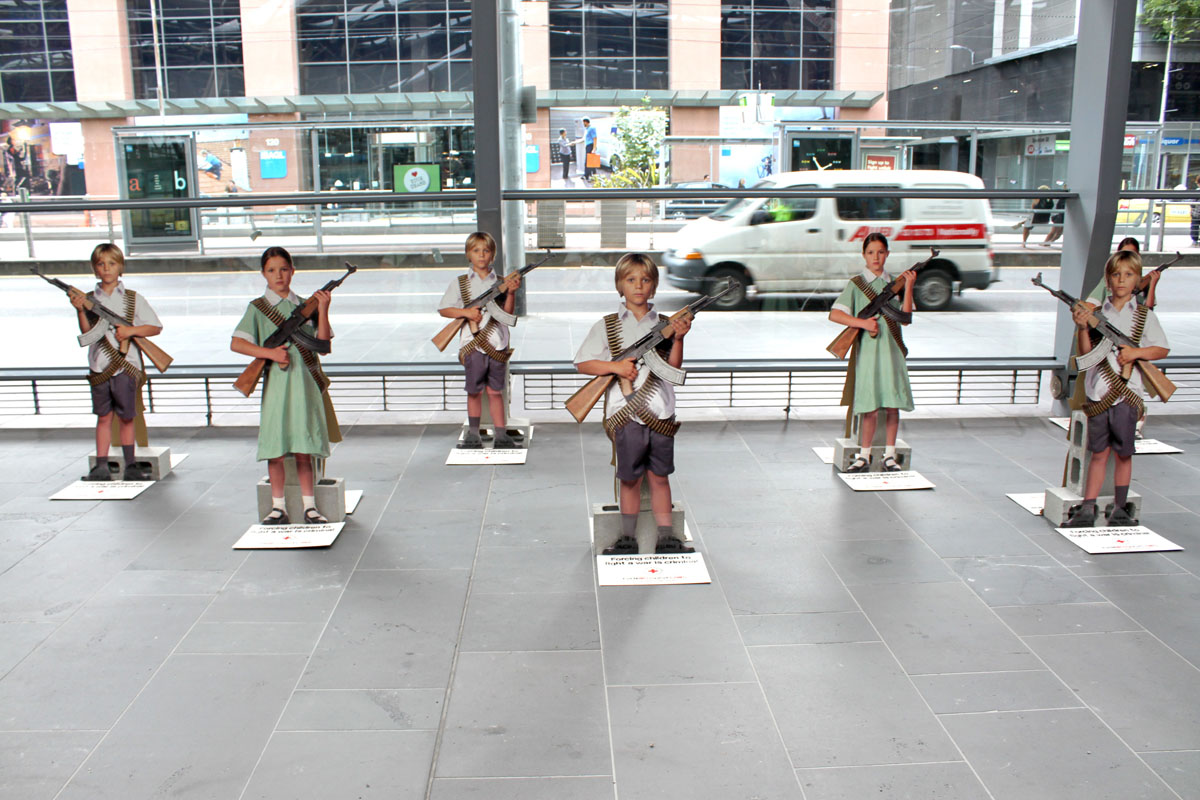 As part of the Australian Red Cross’ mandate to promote and educate the Australian public about the laws of war, better known as International Humanitarian Law, Melbourne’s The Fuel Agency has launched an integrated campaign ‘Even Wars Have Laws’ across Australia.

Together with an online component where Australians can have their say, cities around Australia have been adorned with an ‘in your face’ ambient campaign, bringing the reality of these laws closer to home by encouraging people to learn more about International Humanitarian Law. 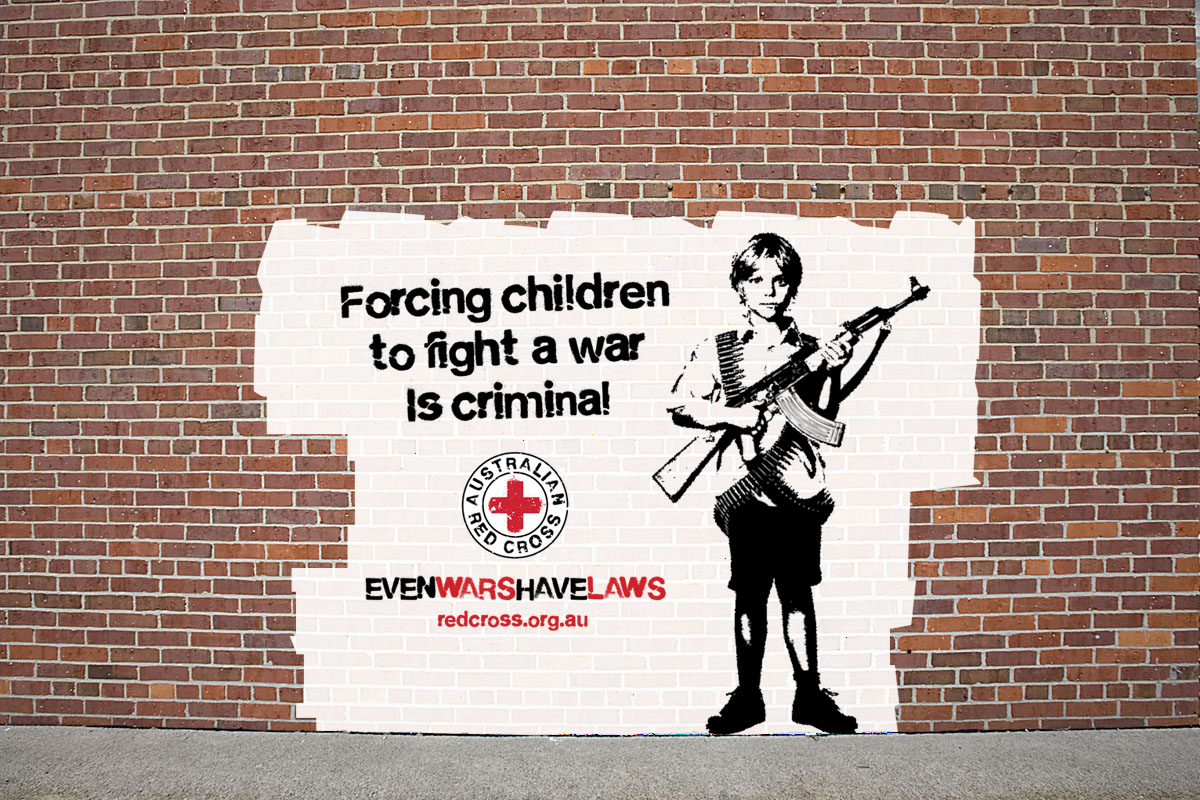 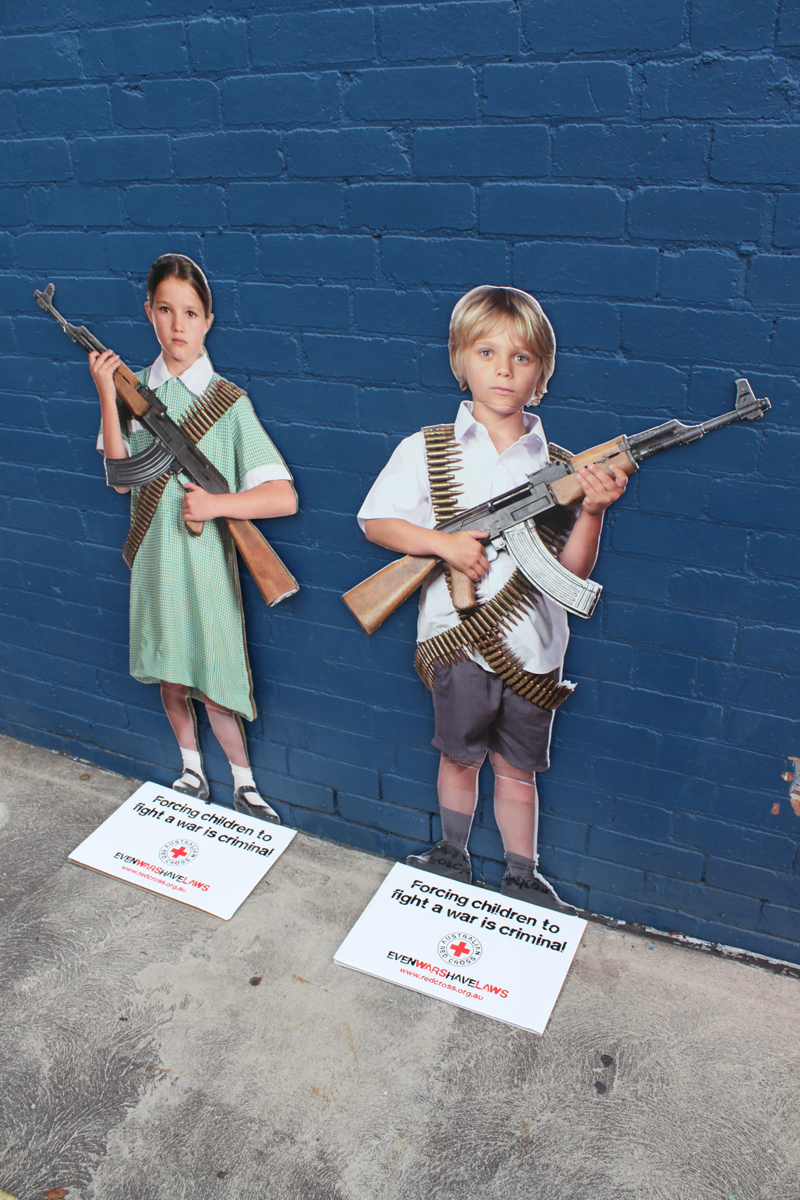 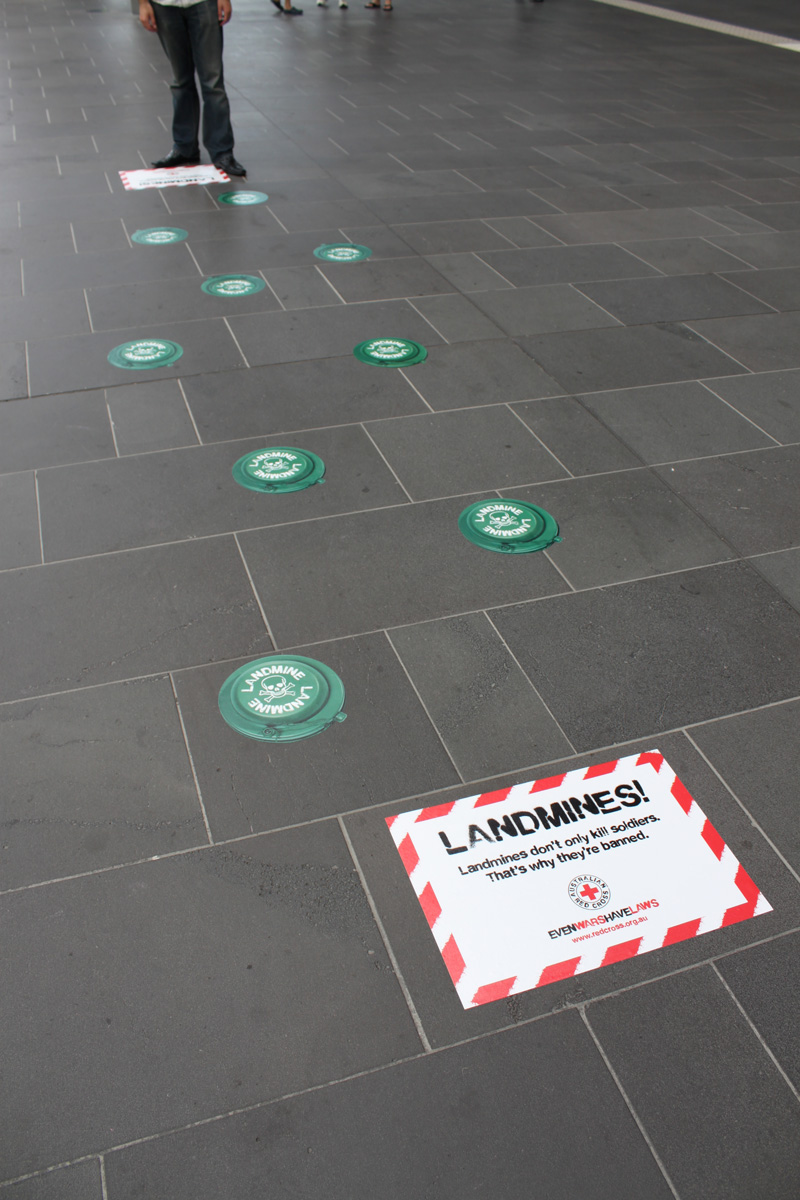 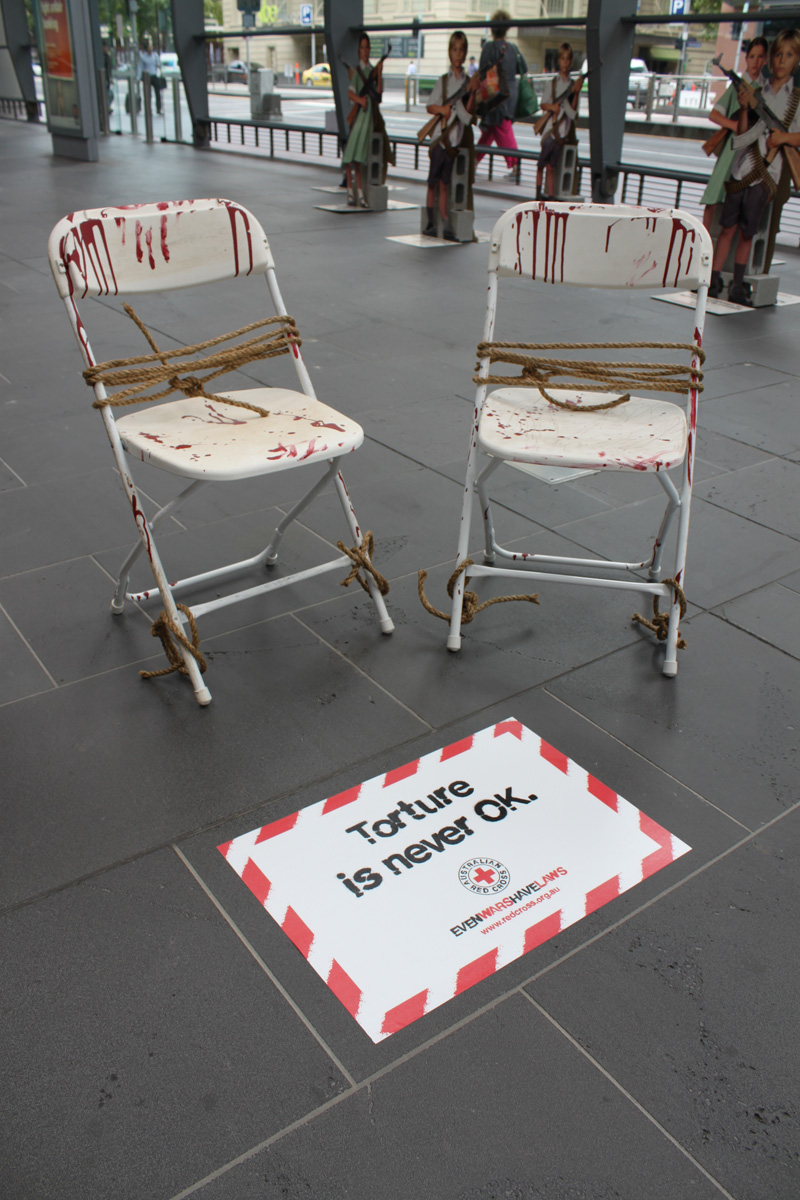 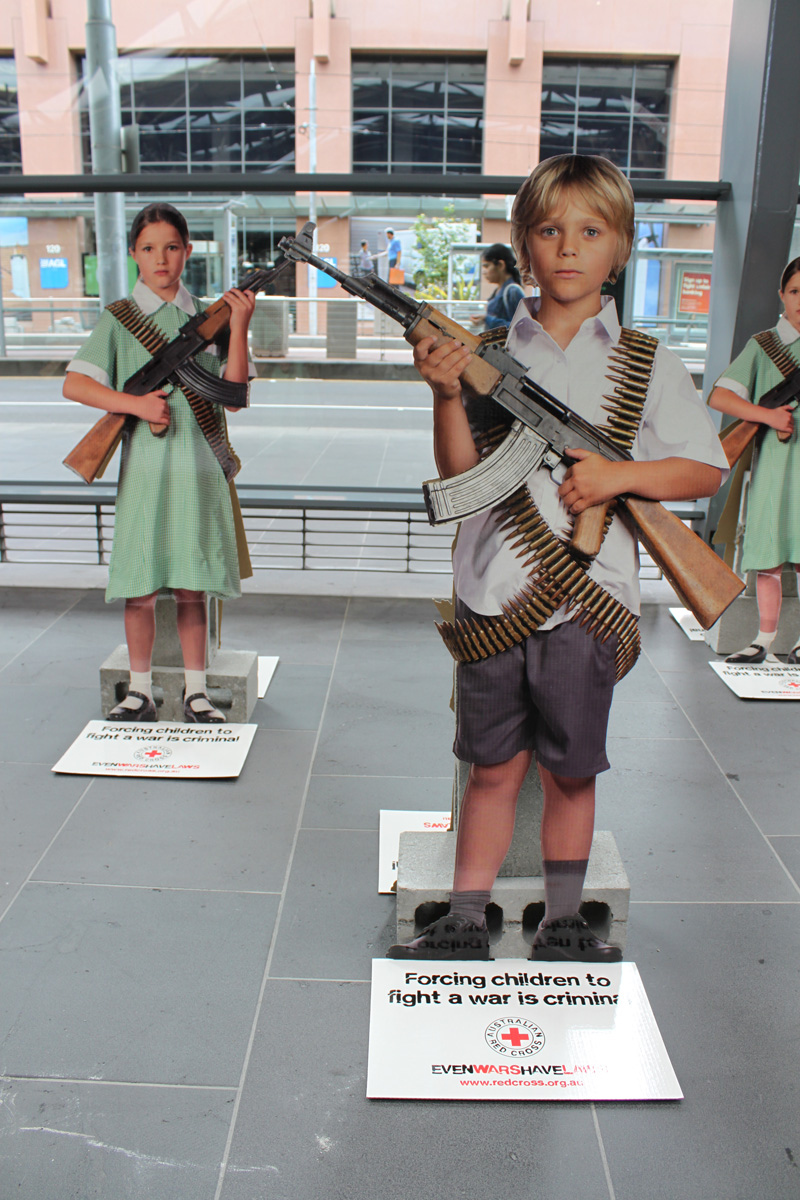 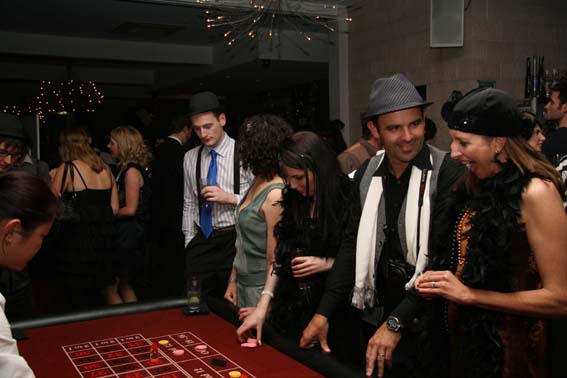 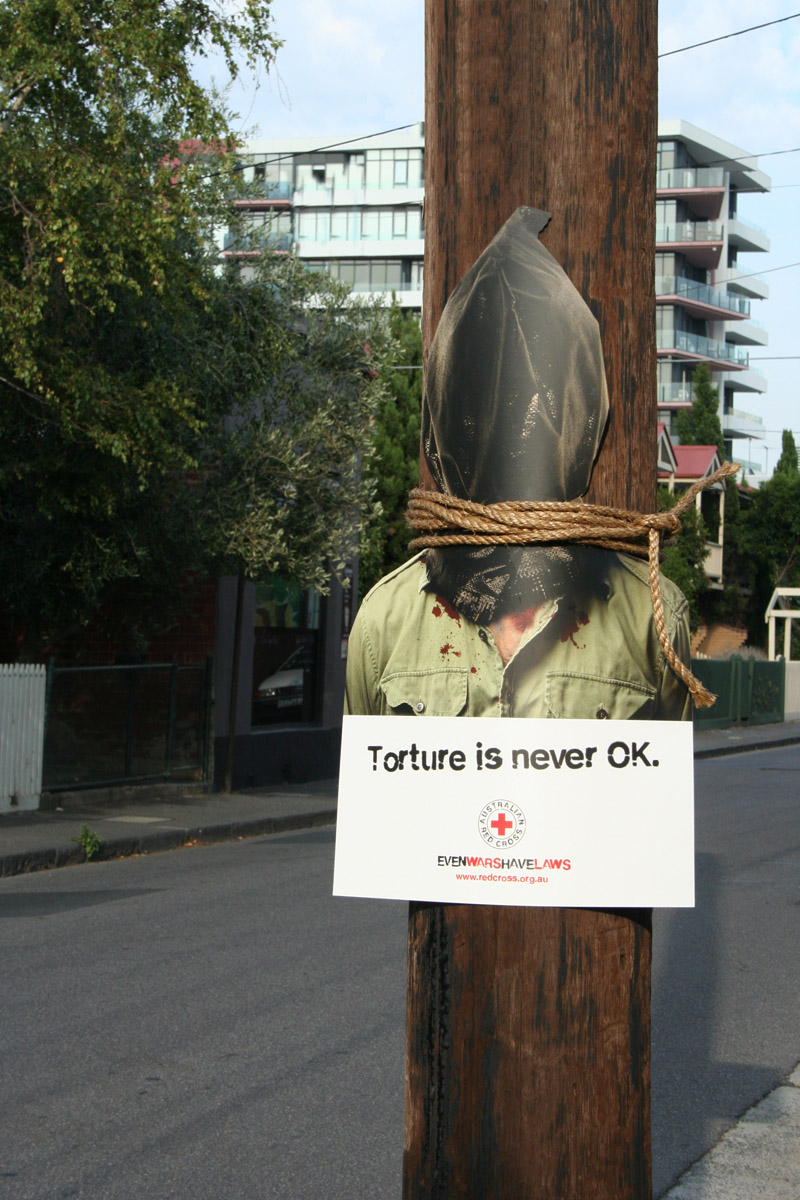 According to a recent survey commissioned by the Australian Red Cross,40% of Australians believe it is okay to torture captured enemysoldiers, while 90% think the international laws of war need to bestrengthened.

Says Fuel Agency CEO, Tim Kidman: “With war being broadcast into ourfamily homes, we’ve become desensitised to issues which were once muchmore in our face. This campaign was created to challenge people’sperceptions and remind us of the importance and value of the Red Crossin protecting humanity.”

Campaign elements include the use of fake land mine fields in busy citystreets, reminding people that weapons such as these are banned. Lifesize cardboard cut-out school children carrying AK47 Assault Rifleshave also been strategically placed around city locations,communicating the illegality of using children to fight a war.Completing these elements, torture chairs have also been created,complete with fake blood and bindings, to reaffirm that it’s illegal totorture prisoners of war (or indeed anyone) under any circumstances.

The ‘Even Wars Have Laws’ campaign consists of a number of elementsthat reinforce the set of rules which aim to limit suffering andprotect the vulnerable during times of armed conflict. These GenevaConventions are championed by the Red Cross, which are universal andremind us of our common humanity.

Says the Fuel Agency ECD Rod Clausen: “Our aim was to bring the realityof war and the importance of these laws a little closer to home…. wewanted to get people talking. This meant using a form of communicationthat was more noticeable and engaged people in an active andconfronting manner.”

The ‘Even Wars Have Laws’ campaign will run this week only until Friday 19 February.