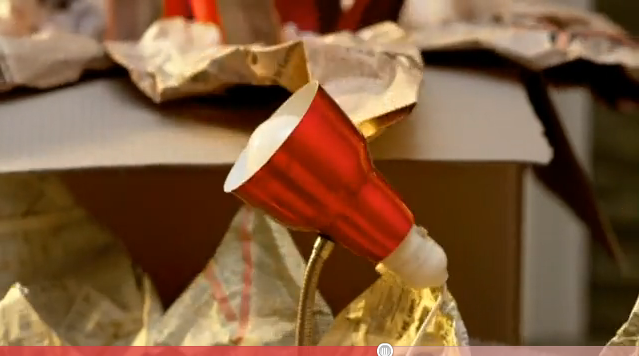 UPDATED TO INCLUDE TVC: Australia’s number one property website realestate.com.au has announced the launch of its new above-the-line campaign via M&C Saatchi, Melbourne, kicking off with its latest television commercial which will air this week.

The TV commercial uses time-lapsed and stop motion photography to demonstrate the synergy between spring and moving house, using packing boxes to mimic a flower blooming. 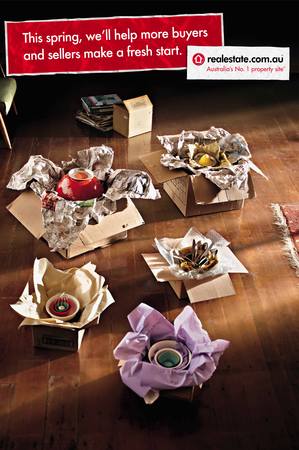 Joanne Whyte, general manager marketing communications & insightsfor realestate.com.au said the creative platform for the above-the-linecampaign combines the simplicity of spring, interwoven with the simpleact of unpacking a cardboard box when moving into a new property. “Thecampaign blends two symbolic images of new spring beginnings – thebeauty of a blooming flower and the practicality of an ordinary movingbox, so we linked these ideas creatively tying it back to our realestate audience – and that’s how the ‘blooming box’ idea was born,”said Whyte.

“With spring typically the busiest time of the year for buying andselling activity it’s often the perfect time where many house huntersthink about making a fresh start in life and realestate.com.au providesthe link to help ordinary Australians get that fresh start when buyingand selling property,” she said.

The spring campaign was created in collaboration with M&C Saatchi Melbourne, combining the emotion and excitement associated with buying and selling property. The TVC forms part of the wider realestate.com.au spring campaign, which last month saw the launch of an exclusive spring mini magazine, featuring a unique blend of lifestyle content and hard-hitting property insights.

As part of the spring campaign, realestate.com.au will use a series of integrated channels including traditional and social media, public relations and CSR activity to bring the campaign to life.  It will also be supported by outdoor and online advertising together with local area marketing in the Sydney area, positioning realestate.com.au as the number one choice for consumers.

The TVC will run exclusively on the Channel 7 network in Sydney, Melbourne and Brisbane over the next four weeks. M&C Saatchi will work closely alongside media agency Starcom to activate the campaign.