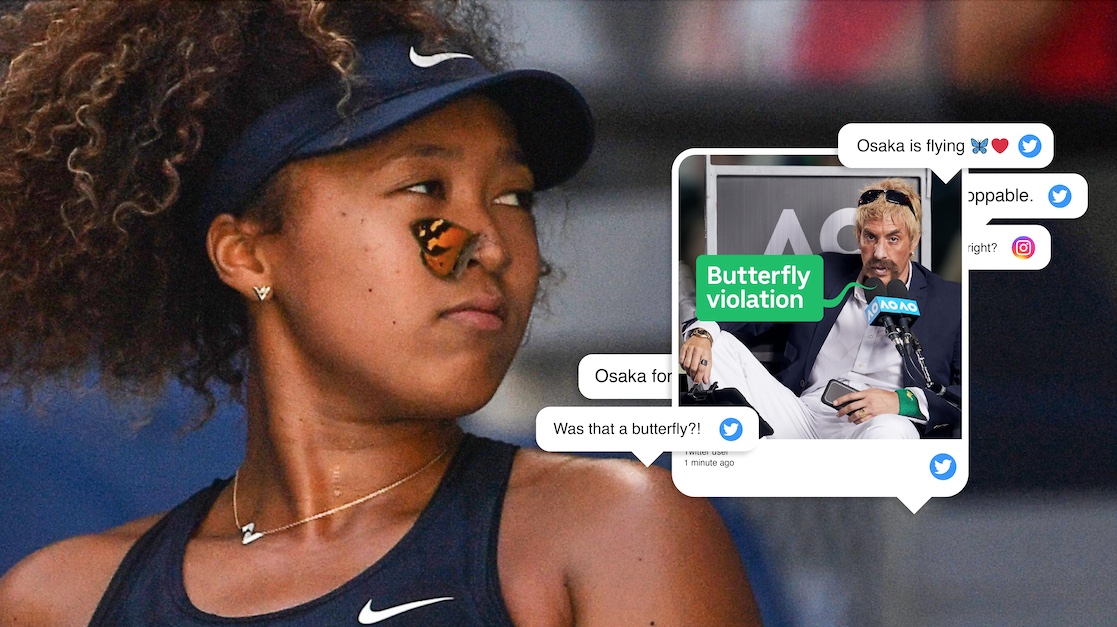 Uber Eats teamed up with R/GA Australia for this year’s Australian Open to create a new way to win attention and create conversation for the brand. Supporting the broadcast sponsorship, R/GA Sydney set-up a live social response lab over the 14 days and nights of the tournament – a dedicated, multidisciplinary team of 10 people concepted, created and produced content that responded to events as they happened in real time both on and off the court. This delivered over 1,020,000 organic impressions and helped drive a significant shift to positive sentiment for the brand across its social channels.

R/GA Australia used the Sasha Baron Cohen character of the ‘Rogue Umpire’ created by Special Group to call out players for a range of ‘violations’ – from a ‘gorgeous hair violation’ aimed at Stefanos Tsitsipas, to ‘paying attention to the wrong sport violation’ for Nick Kyrgios when he tweeted about basketball. The ‘Rouge Umpire’ proved highly successful, with players getting involved by responding and retweeting.

As the tournament heated up, so did the engagement with Uber Eats. During the second half of the tournament, a new follower was gained every minute and a new ‘like’ every 12 seconds on Instagram. Twitter engagement levels also increased to 3%. 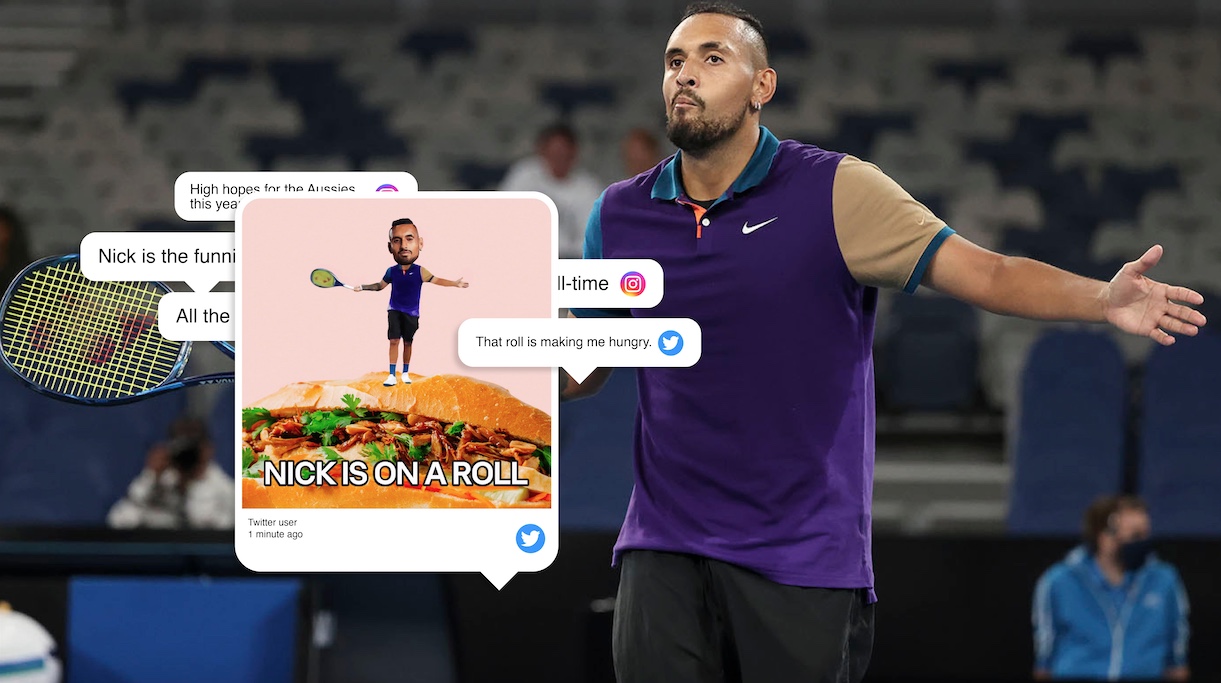 R/GA Australia also created a daily cartoon that commented on the key events of the previous day’s play as well as cultural events that were hitting the headlines. Other formats such as player memes and ‘head-to-heads’ ensured Uber Eats was a part of every conversation in a way that was relevant, fun and entertaining.

The tournament ended with high engagement rates for Uber Eats. The brand gained 32% more followers on Instagram and achieved an 83% increase in positive sentiment, proving the value of being in the conversation, in the moment and leveraging social media beyond paid advertising. 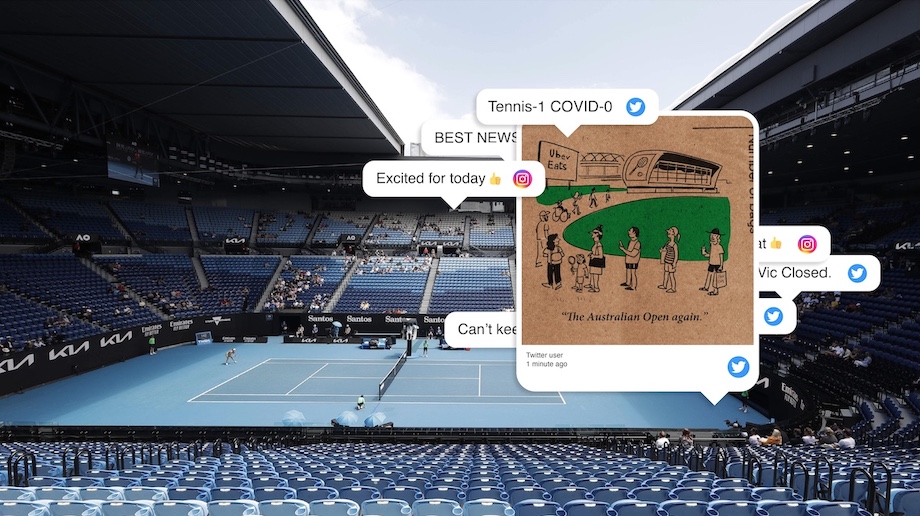 Says David Griffiths, head of marketing, Uber Eats ANZ: “The way sport is being consumed is changing and for this year’s Aus Open we wanted to test and learn a few things. The Social Response Lab enabled us to be reactive, creative and most importantly part of the daily conversation. It’s crucial we push ourselves and the brand into new areas and take the learnings to keep innovating.”

Says Victoria Curro, managing director, R/GA Sydney: “With Australians now double or triple-screening as they watch sport, and with as much notice paid to social media as the scoreboard, we wanted to insert Uber Eats into social conversations in way that engaged tennis fans and added to their enjoyment of the tournament and the cultural moments surrounding it.” 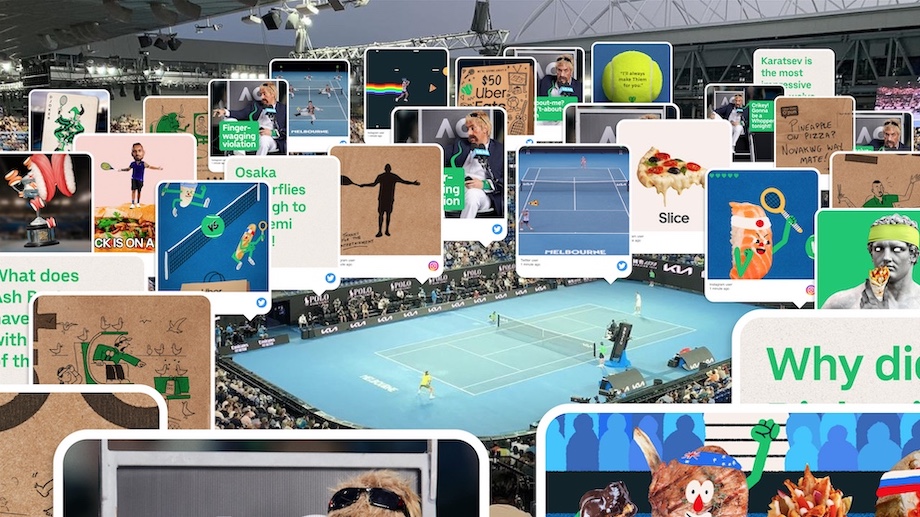