The Queensland Department of Agriculture and Fisheries (DAF) has launched a new ‘SharkSmart’ campaign for the summer via GrowthOps Brisbane, calling on all water users to follow SharkSmart behaviours to minimise their risk of a negative encounter with a shark.

The campaign comes in the wake of several shark bites along the Queensland coast in 2018 and 2019.

State-wide research conducted by DAF, revealed that many Queenslanders were unaware there are steps they could take to minimise their personal risk of interacting with sharks.

A SHARKS acrostic was created to make the six SharkSmart behaviours, developed by DAF, easy to read and remember. To prompt recall in audio-visual campaign assets, a catchy, chant-like jingle was also created. Using a chorus of Queenslanders, the jingle informs audiences of the SharkSmart behaviours and encourages them to ‘Do your part. Be SharkSmart’.

Says Caroline Starecky, head of strategy and innovation at GrowthOps Brisbane: “Some people think of sharks as unpredictable killing machines. However, when we learn more about their habitat, instincts and behaviours, people realise there are ways to reduce the risk they present to water users and increase the likelihood they will stay safe in the water.”

Says Lindsay Thompson, creative director, GrowthOps Brisbane: “We initially explored ways of re-framing pop culture references like the Jaws theme music and Baby Shark song but we didn’t want to emphasise fear or trivialise sharks. Ultimately, we found that using rhyme, repetition and a stylised treatment allowed us to creatively deliver on the strategic goals of changing behaviour and reducing the likelihood of harm.”

The campaign acknowledges that sharks are present along the Queensland coastline and are an important part of our marine ecosystems.

The campaign is running on social and digital channels, radio and audio streaming across Queensland until 31 January 2021. 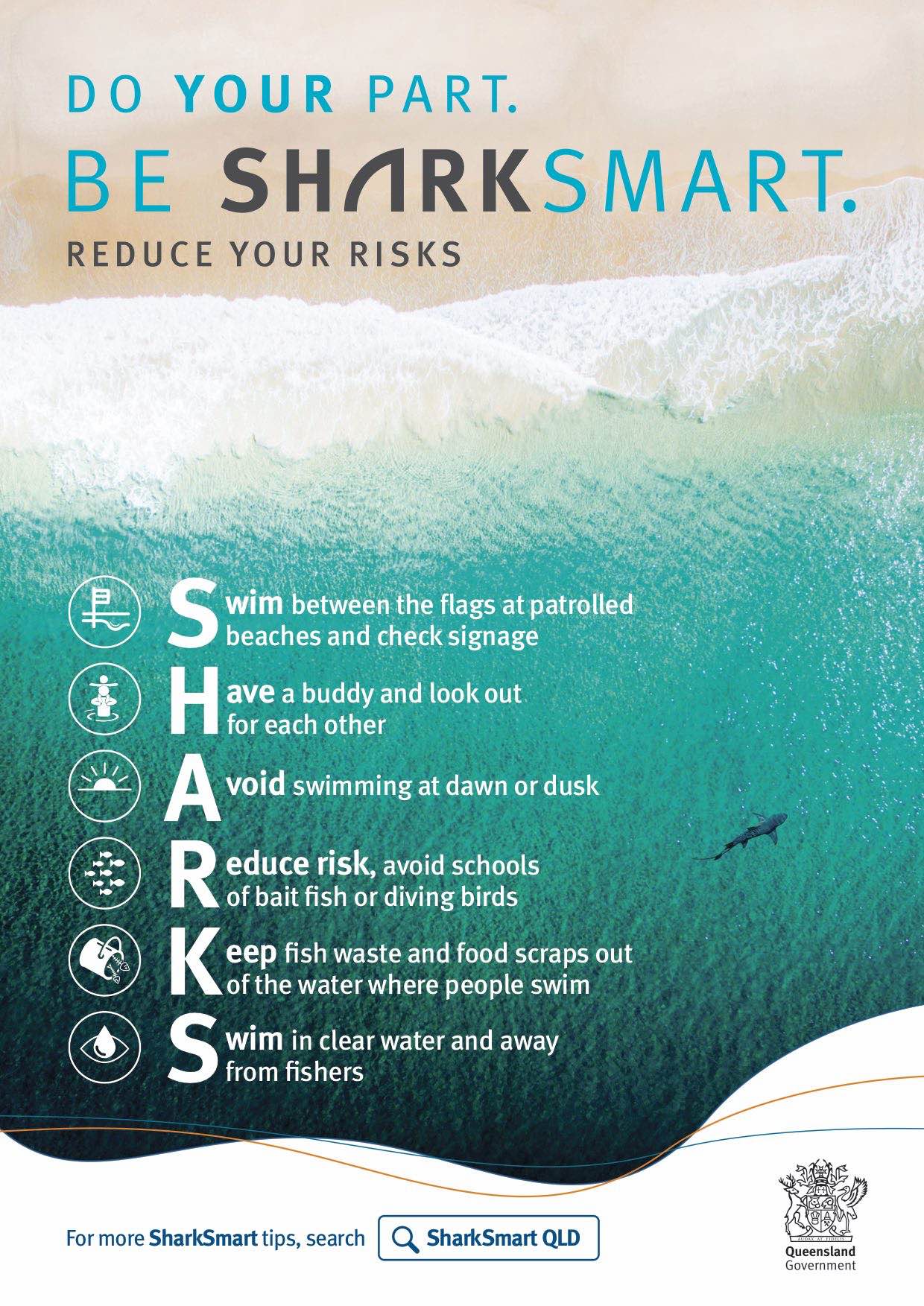