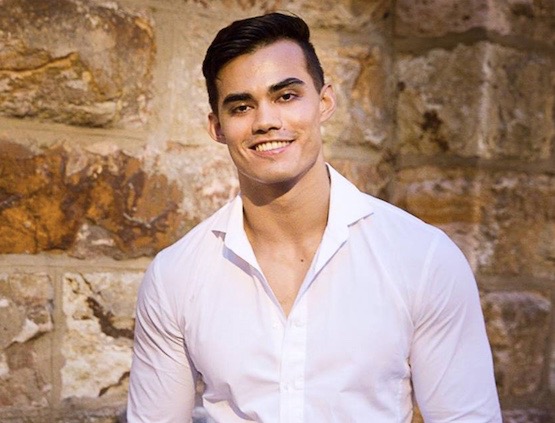 Queenslander Edward King has been crowned Australia’s Top Student at the 2018 AWARD School National Announcement, which was held at Facebook in Sydney on Tuesday night (7 August).

King, who was recently promoted to the role of art director at Rumble, beat almost 200 graduates around the country to earn the title and wins a once in a lifetime trip to Facebook HQ in San Francisco to train with its creative agency ambassador group, courtesy of AWARD partnering sponsor Facebook Australia.

To determine the national winner, AWARD appointed a ‘Super Jury’ comprising eight leading creatives from around the world, who reviewed the state winner’s portfolios in an independent and blind-judging round.

The 2018 AWARD School Super Judges are (by alphabetical order):

Commenting on the winning portfolio, the judges described the campaign ideas as “exciting”, “insightful” and “unexpected”.

Kim Pick, executive creative director at Y&R NZ, said the winner’s Cannes Lions execution “stopped her in her tracks” and that King would be a “great asset in any creative department.”

A total of 200 students across five states, including NSW, QLD, VIC, SA and WA graduated from

AWARD School in 2018. This year, the theme was ‘Big Ideas for a Big Future’ with each student tasked with 10 briefs, ranging from experiential and social, to game changer and integrated campaigns.

AWARD Committee Member and M&C Saatchi Australia CCO Cam Blackley extended special congratulations to the Top Students who produced work that not only impressed the state judges but also an international jury of renowned industry leaders.

“This year the theme was ‘Big Ideas’ and our top students delivered by putting forward incisive and original ideas that won over the judges and raised the bar for aspiring creatives in years to come.”

Adding: “I encourage everyone in the creative sector, particularly CDs and ECDs, to look at the top student portfolios and think about how we can further support our next generation, whether it be through mentoring or a graduate opportunity.”

The folios of top students from each state are now available to view on the AWARD website.

Blackley also thanked the school heads, lecturers and tutors in each state for the unwavering support and dedication throughout the 12 week course. In 2018, a total of 188 industry leaders participated in AWARD School including 94 tutors from 42 agencies.

The Top Students from each state were also acknowledged at the event (by alphabetical order):

Says Alexandra Sloane, head of marketing, Australia & New Zealand, Facebook: “AWARD School brings together the brightest creative minds in our industry, from the most seasoned ECDs, right through to fresh talent. Our partnership with AWARD is about strengthening those connections.”

All interstate winners were flown to Sydney for the national announcement on Tuesday August 7, with the San Francisco trip scheduled for later in the year.