Further to the exclusive CB story on Monday, Qantas has unveiled its new brand campaign via Lawrence Creative Strategy, based on a concept of what the national carrier has been doing for almost 100 years – bringing people home.

The ‘Feels Like Home’ series tells the real stories of five Qantas passengers and their journey home to Australia being welcomed at the airport by loved ones. 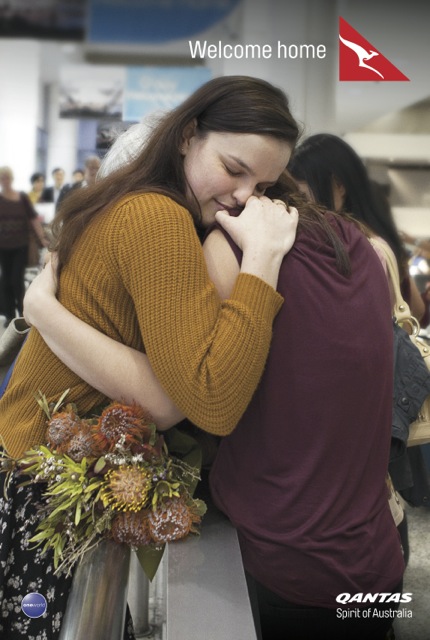 Filmed in London, Santiago, Los Angeles, Hong Kong, the Pilbara and Sydney, the series features Qantas employees as well as customers and will roll out from this Sunday 9 November.

Lawrence Creative Strategy was awarded the project earlier this year but a Qantas spokesperson stressed that agency of record Droga5 would continue in that role.

Qantas Group CEO Alan Joyce said the campaign was designed to celebrate the unique place Qantas has in the lives of many Australians.

Says Joyce: “For almost 100 years Qantas has been bringing Australians from all around the world home to the people and places they love.

“We often hear that seeing the Qantas red tail at an airport, or stepping on board a Qantas aircraft, makes Australians feel like they’re halfway home already. That’s the spirit we wanted to capture.

“The stories we’re telling through this 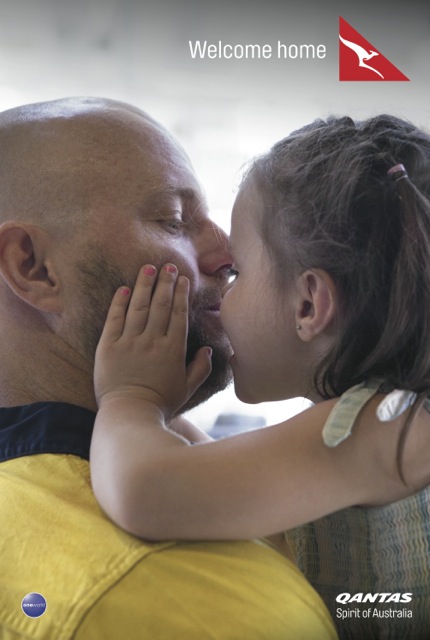 campaign are repeated everyday across our network. They reflect the special pull of home, the love of family and friends and the way Qantas helps bring Australians together around the country and around the globe.”

A young woman making an emotional return to Sydney after a year in London; a miner coming home to his family after a long stint in the Pilbara; a little girl coming home from Los Angeles after the trip of her lifetime visiting extended family; a mother living in Hong Kong bringing their new baby home to excited grandparents for the first time; and a young backpacker making his way back from South America. These are the real journeys and real Qantas customers at the centre of ‘Feels Like Home’.

The homecoming stories are told against the musical backdrop of Randy Newman’s song, 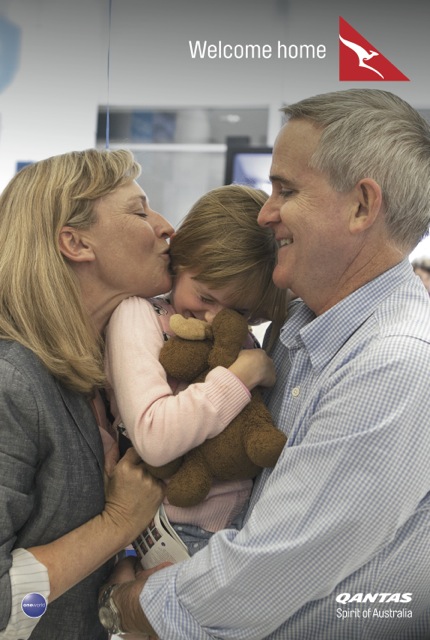 Feels Like Home sung by 20 year old Australian singer, Martha Marlow. As well as the musical backdrop for the commercials, the song will be played on-board Qantas aircraft.

The Feels Like Home campaign will be seen on television, cinema, outdoor, in print and online.

In launching the campaign, Joyce said now was the right time to invest in reinforcing what makes Qantas special.

Says Joyce: “This campaign celebrates the hard work of our people, the trust and loyalty of our customers and the pride we all feel in the national carrier.” 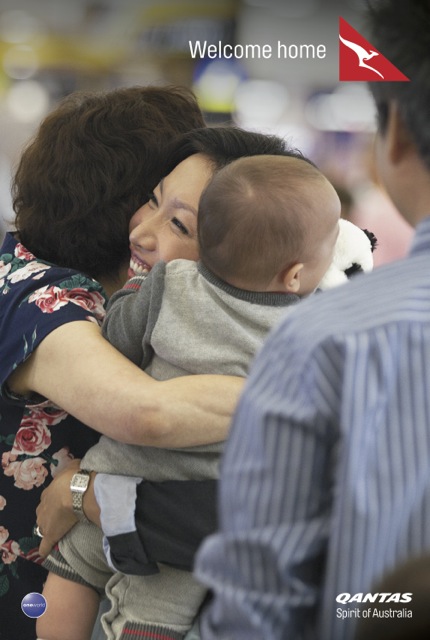 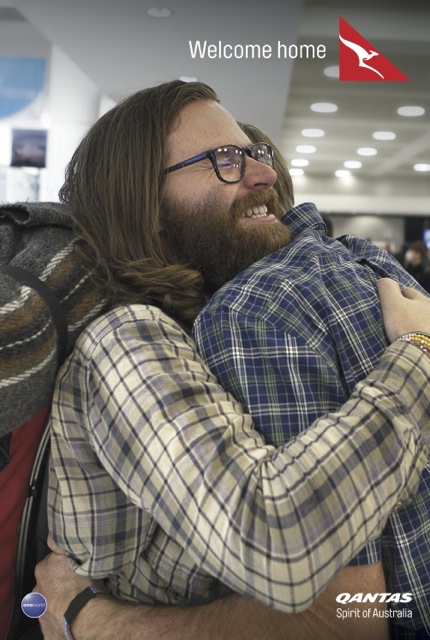