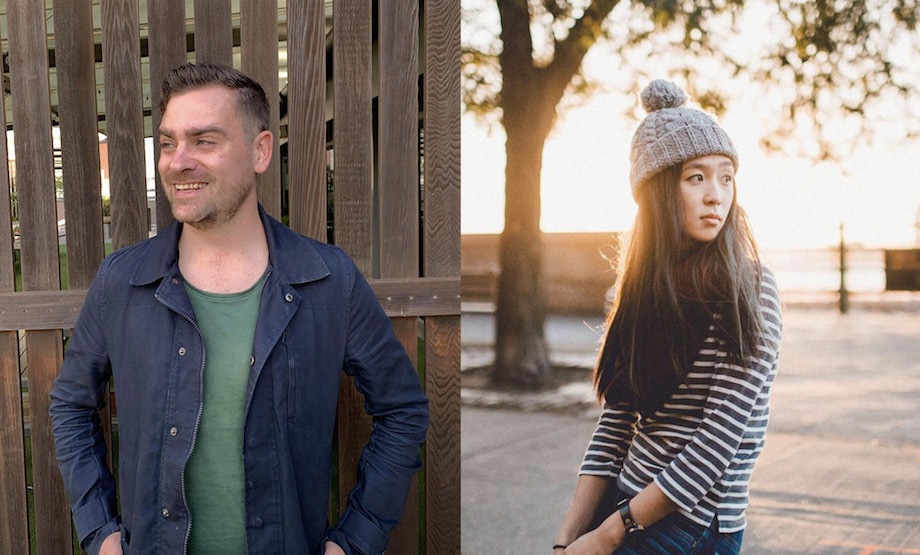 It’s not often that creatives in this part of the world get the chance to work on advertising’s version of the Oscars, the Super Bowl. In a collaboration with DDB Chicago, DDB Sydney senior art director Elaine Li and senior copywriter Jared Wicker got the chance to work on Coors Light and Coors Seltzer’s Dream campaign. The pair sat down with Campaign Brief to discuss the origins of the campaign, learnings from the process and if they think dreamvertising will catch on.

CB: Working on a Super Bowl ad can be a once in a lifetime experience, especially for creatives in this part of the world. Tell us how you came to work on the Coors campaign?

One morning, in the middle of lockdown, Elaine wakes me (Jared) up with a very early morning text, saying – I keep on having the weirdest, most vivid dreams. Turns out, a lot of other people were too. It was a quarantine thing. That got us thinking about the power of influencing dreams. We put an idea forward for a global brief…which fizzled out. Several months later, Chicago rang us up and asked us to help make it happen for the Super Bowl. After squealing with excitement like schoolgirls, we got to work.

CB: What was the dream that inspired it all?

Elaine remembers…being chased by a giant drag queen through some sort of strange maze. She kept running, but her legs weren’t moving her forward. In her moment of panic, a golden retriever flew in to help. She turned back around to stare the drag queen down…who suddenly transformed into Rihanna. And that was it.

So you can thank Rihanna and golden retrievers for this campaign. 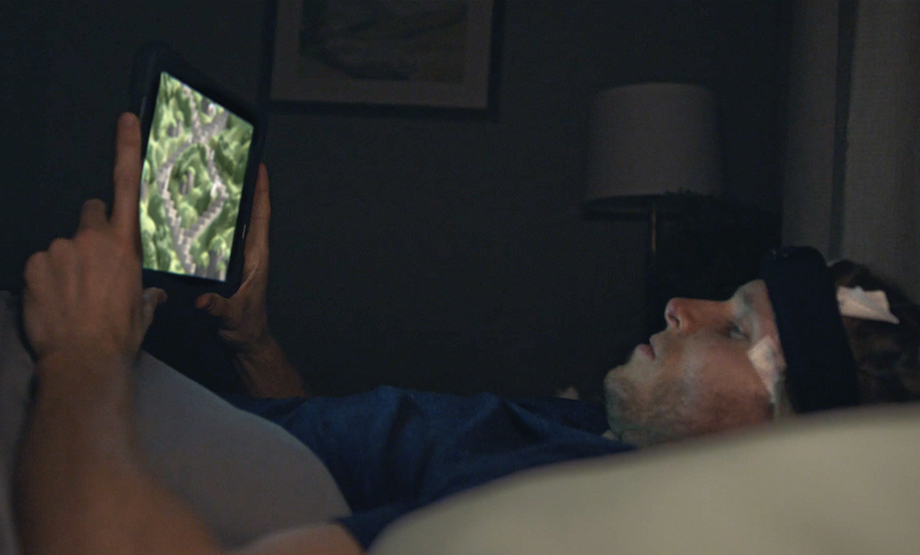 CB: For those that haven’t seen, explain the concept of the campaign.

Well, a certain competitor that rhymes with Spud Light has paid billions of dollars to keep all other beer brands from advertising on the Big Game. So, we thought we’d run our commercial where regulations can’t touch us: in people’s dreams. We got together with a Harvard psychologist, professor and superhuman oracle on all things dreaming to help us design a ‘stimulus experience’ that could implant a Big Game commercial in people’s heads.

So we don’t actually know who stars in our Big Game commercial. We don’t know if it’ll be a musical or an action movie. That’s kind of up to your brain. But it will involve icy mountains, cool streams and oh-so-refreshing Coors. 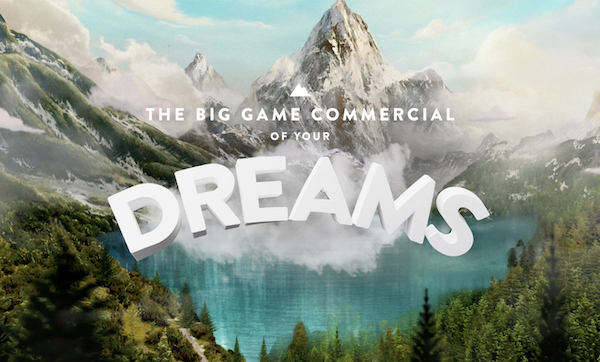 CB: Does it work?

We didn’t think it would. Really. We thought part of the idea’s charm is that it was kind of bullshit. But we were curious. So we put on an actual sleep study, and…yeah. It works. Weirdly well. One woman dreamed she was in an icy video game where Coors were 10,000 points. Another dreamed they were flying above groups of people and “watering” them with the beer. We’re a bit scared of the power we wield. Maybe we’ll start infiltrating our partner’s dreams for fun.

CB: The idea was created in collaboration with DDB Chicago. What was the creative process like with the team scattered across the world?

Well, we could throw our alarm clocks away. Because instead we were woken up to emails *dings!* at 5am. Every. Single. Morning. We also missed half of our meetings because they were in the middle of the night. Maybe we should have joined them in our dreams? The guys in Chicago were amazing, and the process was incredibly collaborative. It almost felt like coming home, since one of us is American and the other went to college in Chicago. We worked while they were asleep, and they worked while we were asleep. An ECD’s dream. But it was a steam train going full speed ahead – absolutely crushing weekends and normal working hours. We got client sign-off around Christmas, so we put almost everything together in just a month.

CB: What was it like working with Dr. Deirdre Barrett?

She is an absolute legend. If we ever get the chance, we would love to sit down with her at the pub and just talk about dreams for hours and hours. People have asked if her participation was a bit of a gimmick, but it absolutely wasn’t. Our team was talking to her every single morning to develop every part of our campaign. The first time we talked to her, someone mentioned the term “lucid dreaming” and she immediately corrected us. It’s ‘dream incubation’, guys. Now we know.

CB: Do you think other brands will want to explore this new media space, running ads in your dreams?

This is the real question. Does this project open up some sort of weird, unethical dreamworld for advertising that nobody can escape? Probably not. Dream incubation really only works if you want it to. You literally have to tell yourself that you want to dream about something specific.

Will other brands try to use dream incubation in new ways? Maybe! Apps like Calm and Headspace are already leading people’s sleep and dreams, to an extent. And I think there is an untapped world of entertainment that happens after people close their eyes. But let’s not do our usual ‘advertising’ thing and get weird with it, guys. Please. Keep it consensual and fun. 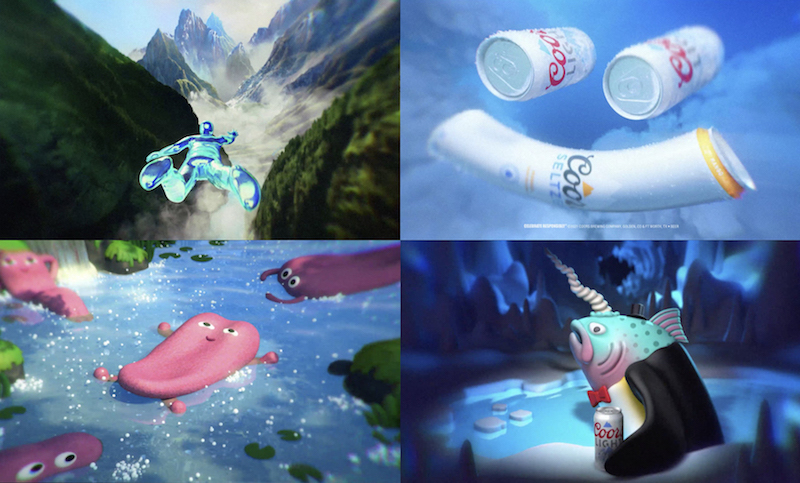 CB: What have you enjoyed most about working on such a unique campaign?

Probably learning about the actual science of dream incubation. We’re experts now. Ask us anything. Okay, not anything. Like – three, very specific questions. But we’ll nail those.

CB: Any major learnings you’ll take away from this chaotic process?

It’s easy to forget, with the smaller market and ‘punter’ attitude we have Down Under, that people are smart. They know what brands are. They know we’re selling them something. Advertising is awkward. Instead of shying away from that, it’s sometimes best to own that and create something legitimately entertaining that customers want to engage with. It’s not about creating a controversy, it’s about creating a conversation everyone is involved in. 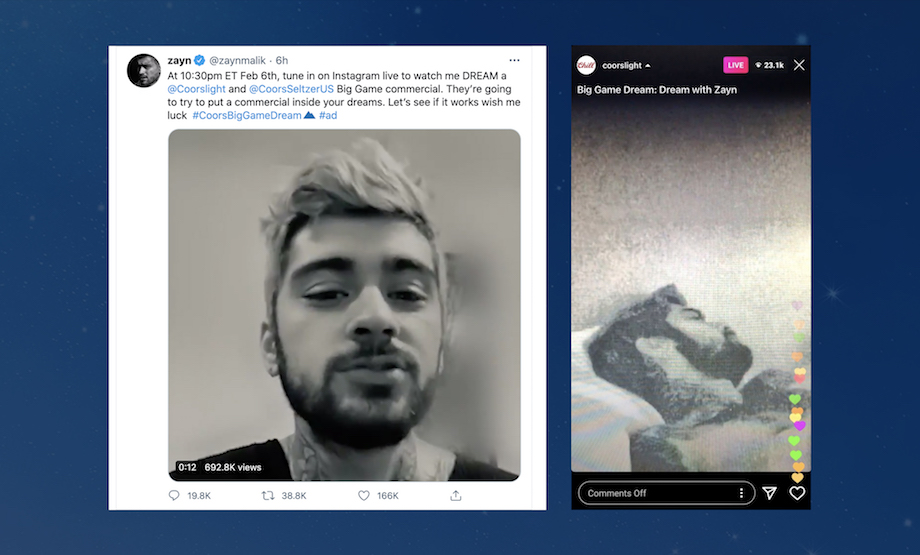 CB: Apart from the Coors work, any other stand out Super Bowl ads from the year?

We’ve enjoyed all the celebrity sweatshirts and sexy smart speakers. But also, a huge shout out to the Wayne’s World spot from our friends at Special. The idea of helping local businesses using the most local business of all is inspired.

That being said, technically, any of those things could happen in our ad. So…checkmate.

See if it works for yourself by visiting: coorsbiggamedream.com.