Q&A: Director Stefan Hunt on creating a film that honours the elderly via the expression of dance 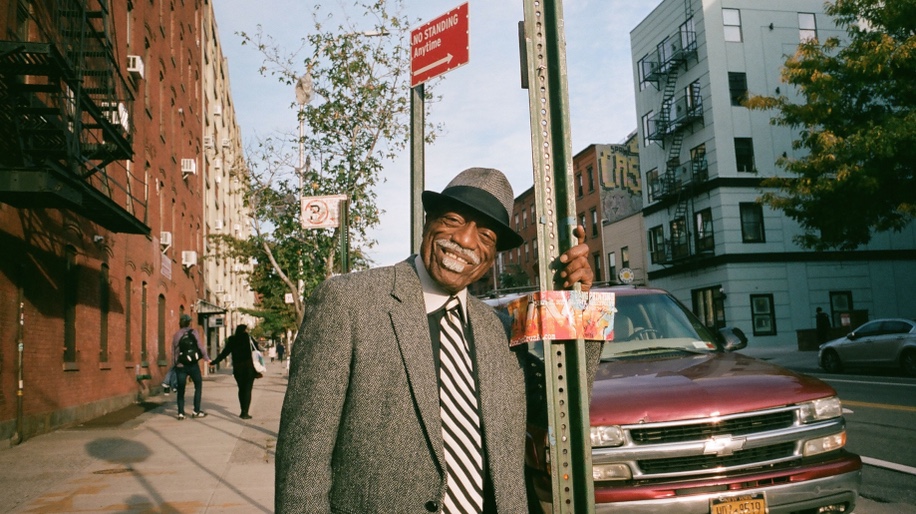 Days after being nominated for a BAFTA for the film, director Stefan Hunt tells LBB’s Natasha Patel about creating a film that honours the elderly via the expression of dance.

Earlier this week the BAFTA nominations were announced. Among those listed for Short Form Programme is Stefan Hunt’s They Saw The Sun First. The eight-minute short is a refreshingly honest take on what growing old means to a selection of New York’s elderly. The inception of the film came from an old African proverb: “Old people’s speech is not to be dishonoured – after all, they saw the sun first.” To show off the beauty of the film, Stefan decided to use dance as the main form of expressing the cast’s emotions, coupled with the wonderful music of FKJ’s Ylang Ylang.

LBB’s Natasha Patel caught up with Stefan to hear about why he believes this story had to be told and what industry recognition means to him.

LBB> Firstly, congratulations on the BAFTA nomination! How do you feel?

Stefan> I’m over the moon. Did not see this coming! 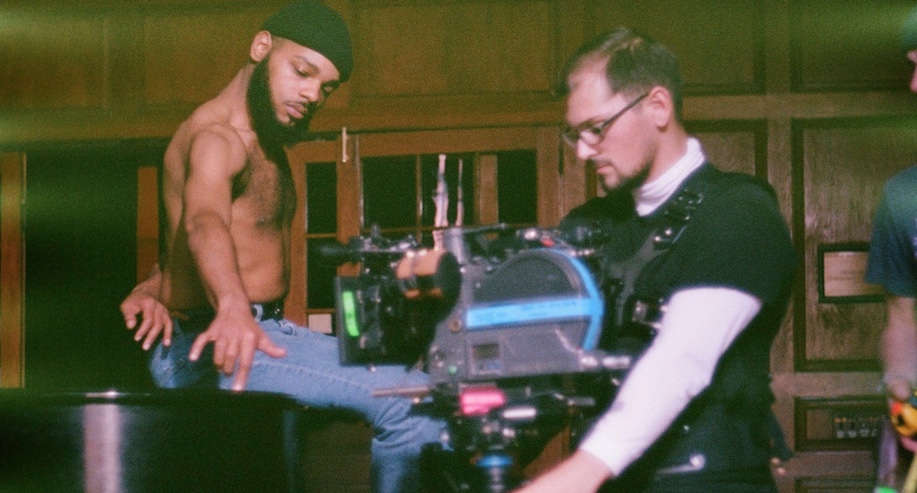 LBB> The first words in They Saw The Sun First talk about the ‘biggest job you have getting old’, but what inspired you to create this film?

Stefan> Mid 2019 I started working on this project when I noticed a lack of eldership in my life. I realised that nearly all the ‘life advice’ I was consuming on social media / podcasts / newsletters was from younger people. And I asked myself the question – where are the voices of our elders?

With that question in mind I began interviewing ageing New Yorkers about life, death and everything in between. We’d speak for hours and amongst the chats little gems of wisdom would appear. This experience was truly life changing. I get chills thinking back to it.

With these recordings I set out with an incredible team to create a film that connects the young and old. 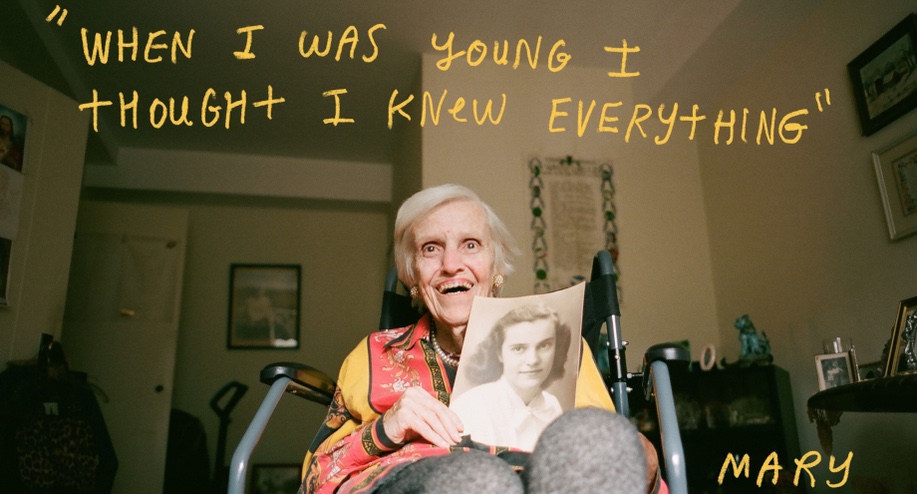 LBB> Where did the idea of using dance to express the emotions of the interviewees come from?

Stefan> My wife Vanessa Marian is an amazing choreographer / movement director so dance is in our household on the daily. She has opened my eyes to the power and possibilities of her craft. This project is a perfect example of it. Using the movement of young bodies to express the musings of the elderly. It’s so simple yet so effective.

I feel like every creative decision of this project – from music to cinematography to casting to dance – was made with the goal of making a young audience stop and listen. Truly listen. And in our fast-paced internet world having anyone, especially young people, switch off for eight minutes isn’t easy.

I’d say to each head of department, “I want to send our audience into a trance. Everything they see and hear and feel should be mesmerising”. And I feel like we really achieved that. Melting them in this experience with simplicity instead of fighting for their attention with big dance moves and a pumping song.

LBB> The scenes are so beautifully crafted and the soundbites are so wonderfully honest. What was it like for you to direct TSTSF?

Stefan> This project was very unique. We had a shoestring budget. A tiny crew. And long consecutive shoot days. All the ingredients to burn you out. But the morning after we wrapped, I woke up so energised with a smile ear to ear. I remember thinking that regardless of how this film turns out, the experience of making it was so profound and full of heart that it really doesn’t matter. That’s the first time I’ve felt that after any shoot. 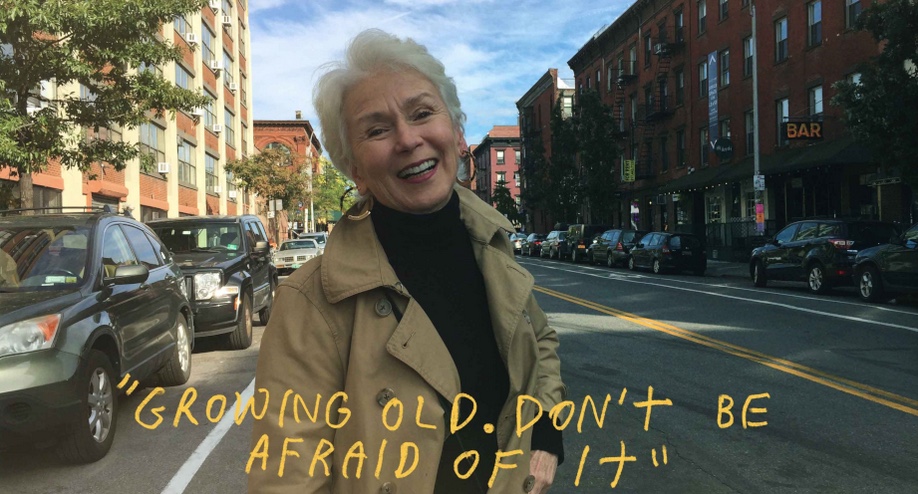 LBB> The themes of youth, fear, ageing and regret are so present throughout this but I’m interested to hear from you which one stands out the most and how did you ensure all were able to show through?

Stefan> Speaking with elderly about fears and regrets is confronting and terrifying and empowering all in one. Everyone I spoke with had battled the fear of judgement and rejection and failure at some point in their lives. But hearing the difference between someone who overcame their fears in their younger years versus others who hadn’t until their eighties was profound. That’s why I felt so passionate about young people hearing this message. This is a true lived experience of elders sharing their vulnerable self for us to learn and grow from.

Balancing the themes screen time was difficult as I had to cut a lot of beautiful stories. I had enough great quotes and musings to make this 20 minutes long. But the power lies in its simplicity.

LBB> The soundtrack of Ylang Ylang ties the film together so perfectly, where did your choice of sound come from?

Stefan> FKJ is a mutual friend of ours so we’d heard a preview of Ylang Ylang before it was released and loved it. It would play on high rotation in our house. But I never considered it for this film. I experimented with so many different genres and nothing was working. Then my wife suggested we try Ylang Ylang to the voices and it felt right immediately. It set the tone for the entire piece. 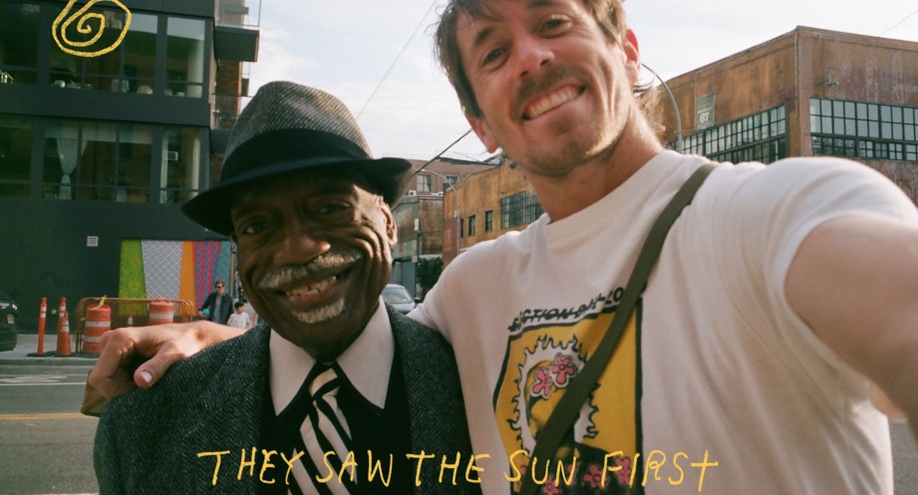 LBB> Being nominated for a BAFTA is no mean feat, but for you how much does this recognition mean?

Stefan> It’s funny. This film has been rejected by a lot of film festivals but then nominated for awards in others. It’s a good reminder that there’s no formula to industry achievement so make it how you want to make it. Regardless of the win just being nominated and getting this film out to a wider audience is everything for me.

LBB> What takeaways would you like viewers to take from the film?

Stefan> This film is about our commonalities as opposed to our differences. In this current age of echo chambers and divisive rhetoric it feels like we’re encouraged to distance ourselves from those who are different. But the human experience of fear and regret and death is something we all share. And it’s tough. So I hope this film reminds people to be more compassionate towards one another. Especially our elders.