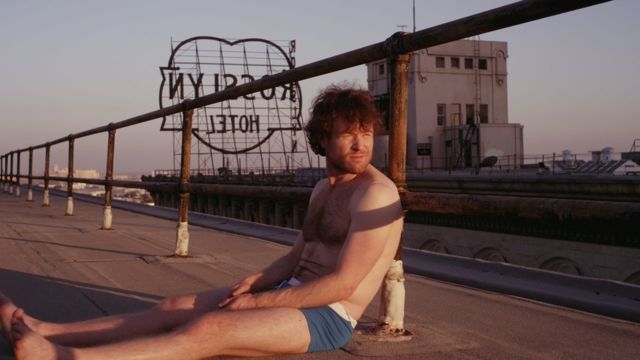 A total of 14 awards were presented at Deakin Edge, Federation Square, for the second annual Melbourne WebFest this weekend, in a high-powered ceremony hosted by local comedy trio, Aunty Donna.

It was a big night for Australian talent, taking home eight of the 14 awards. Notably, the Grand Jury Award was presented to Playbig director Luke Eve, who also won the award for Best Comedy, with his six-part series ‘Low Life‘ — a black comedy about depression. As the recipient of the Grand Jury Award, Eve will receive all- expenses paid trips to LA WebFest (March 2015) and Marseille WebFest (October 2015), with automatic entry into both festivals, in addition to automatic entry into Rome WebFest (September 2014). This prize is made possible through a newly formed global partnership between the four festivals.

Says Eve: “Winning best comedy and the Grand Jury Award was amazing. Low Life is a very personal project so knowing that it has an audience and it has touched a nerve with people is incredibly satisfying.

“Melbourne WebFest provides a fantastic platform to have your web series shown in a different environment and to a new audience. The festival also has excellent workshops and networking opportunities. I left feeling inspired and excited about the future of storytelling.”

A notable addition to this year’s Melbourne WebFest was the establishment of an award to specifically acknowledge Australian content — the “ABC iview award”. The winner is presented with a licencing agreement to the ABC’s digital on-demand platform, which registers more than 20 million views per month. ABC iview’s content manager, Penny Wright, presented the award to Bleak: The Web Series, a comedy about rebuilding your life in a home that’s falling apart.

Says Wright: “We are thrilled to present the inaugural ABC iview award at this year’s Melbourne WebFest. Bleak is extremely funny and a well-deserved winner, one of a strong field of Australian talent from this year’s finalists. It’s good to know so much great online content is being made here in Australia.”

Says McLennan: “Melbourne Web Fest was a total schmooze and we loved that our series, Bleak, was part of it. In particular we loved the informative workshops, the free wine on opening night and winning three awards. We practically needed a stretch limo just to carry them home. What a great festival.”

Festival director Steinar Ellingsen said they have been blown away with both the volume and quality of this year’s submissions.

Says Ellingsen: “We’re experiencing a revolutionary boom in digital screen production, and the development in production quality has been remarkable since our inaugural year. Web series creators are fast establishing themselves as entrepreneurs and innovators who are challenging the norms, breaking the rules, and rewriting them.”

More than 600 people attended the festival over three days — more than triple the attendance of the inaugural festival in 2013. This consolidates the not-so-secret fact that web series is not only an emerging industry, but one that is fast growing.

Sandpit’s Sam Haren and Dan Koerner gave a workshop on immersive storytelling, while Beatrix Coles looked at audience engagement, outreach and social media. Lunchtime talk on creating perfect pitches and growing networks was given by artist and entrepreneur Steve Palfreyman.