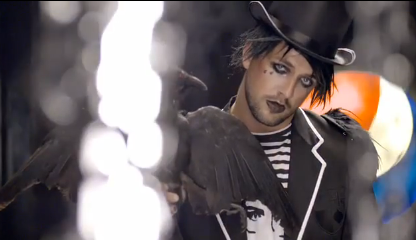 In January 2010 Pepsi takes to the streets with one of the heaviest weight outdoor campaigns in Australia’s history: Hit Refresh. 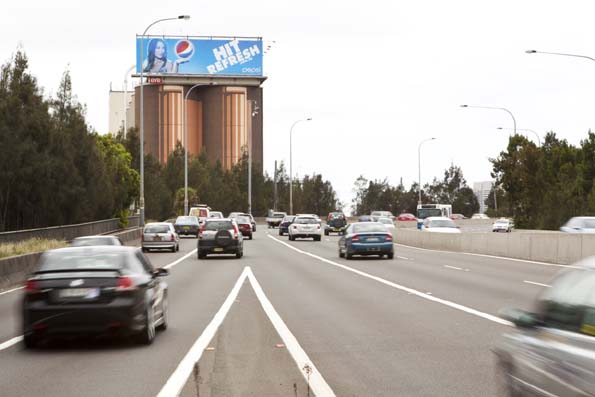 The outdoor campaign is dominating key EYE Platinum Collection sites across Australia, featuring the city bound Glebe Island Silos in Sydney, the Landmark Portrait at Bourke and Swanston Street in Melbourne, and the Britannia Hotel Landmark in Adelaide. The theme is tied in with the new decade and the use of Large Format provides depth and coverage while also maintaining an emotional connection to the consumer.

Adds Mark Machet, general manager, Eye Drive: “This is a great campaign as we head into the year of audience measurement. Pepsi have always been champions of Out-of-Home – they understand the medium and when strategic objectives are combined with a true understanding of Eye Drive’s large format coverage it makes for a successful campaign.”

While the outdoor headlines the campaign, the core of Hit Refresh is apartnership with youth channel MTV and a social networking basedscavenger hunt, as well as online media, in-store media, in-storepromotions and product sampling.

In the spots, MTV VJs ErinMcNaught and Darren McMullen literally “Hit Refresh” by beingtransformed into a different scene each time they Hit an oversize Pepsilogo, or “Refresh” button.

The commercials support theHitRefresh.com.au website, the hub of a social network scavenger huntvia which consumers can win one of 101 Pepsi Refresh Cards loaded with$250 to “Refresh their world” however they choose – be it their style,lifestyle, destination, tunes, social life.

With over $25,000worth of Pepsi Refresh EFTPOS cards up for grabs, the “Hit Refresh toWin” promotion takes place through 101 hunts over 40 days in 8 citiesaround Australia starting from 4 January and requires consumers tofollow Pepsi’s twitter or Facebook pages.

Winning a hunt requiresa consumer to locate and be the first to “Hit” the Pepsi Refresh buttonby following clues “tweeted”  & “Facebooked” during the hunt by aPepsi team member, known as a Pepsi Refresher.

HitRefresh.com.au aggregates the Pepsi Twitter and Pepsi Facebooksites in a single location to give consumers the opportunity toschedule hunts in their area and follow the clues. The activity isfurther supported with online media as well as street activations.

Ata retail level, In-store media extends the reach of the outdoor intothe retail environment both in and outside stores such as Coles,Woolworths, Caltex and 7-Eleven.

PepsiCo Beverages businesspartner Schweppes Australia has activated account specific support andpromotions in Coles, Coles Express, Woolworths, Woolworths Petrol Plusand 7-Eleven.  These will run in conjunction with a traditional route(up and down the street) trade promotion offering the chance to win ashare of $25,000 in instant prizes.

Australia is the firstPepsiCo International market to launch the new look Pepsi trademarkacross the four Pepsi brands – Pepsi Max, Pepsi, Pepsi Light and PepsiLight Caffeine Free. The new look packs started appearing on Australianshelves in October 2009 and are a major update to the Pepsi globe whichwas created during the World War II period.

In the US, the newlook Pepsi was launched a year ago during the American Presidentialinauguration.  A year on, the latest US campaign – ‘Pepsi RefreshProject’ launches 1 February 2010.