Rolling out nationally in its fifth year, the campaign continues to showcase the bank’s commitment to supporting footy from NAB AFL Auskick through to the big time.

This year’s campaign stars Geelong Brownlow Medallist Patrick Dangerfield, talking about how you haven’t fully made it until you’ve become a NAB Mini Legend.

The launch ad features Dangerfield sitting in the stands in anticipation that this year will be the year that he’s picked. We see him watching the 2021 Mini Legends as they are unveiled one by one – first comes Western Bulldogs’ Bailey Smith, then Richmond Tigers’ Sabrina Frederick, Adelaide’s Stevie-Lee Thompson, then Brisbane Lions’ Mitch Robinson until finally, representing the Geelong Cats we see…. Zach Tuohy.

Dangerfield can’t believe he’s been overlooked shouting ‘how many Brownlows has he won?’.

NAB executive group marketing, Suzana Ristevski said the return of NAB Mini Legends brought the best aspects of footy to life: “The NAB Mini Legends campaign highlights the joy football brings out in all of us, young and old.

“We’re proud to support the game that gives us so much, both at a local and elite level in communities across the country. We can’t wait to share the next chapter of NAB Mini Legends with all footy families.”

Says Richard Williams, executive creative director, Clemenger BBDO: “We’d heard rumours of Patrick Dangerfield’s disappointment at having not been immortalised as a Mini Legend, so we thought what better way to launch this year’s campaign than by putting off his dream for another year. Maybe he’ll get a look in next year.”

NAB has been a partner of the AFL since 2002 and has sponsored Auskick since 2006. NAB also sponsors NAB AFL Academy, NAB AFL Rising Star and is the naming rights sponsor for the NAB AFL Women’s competition. 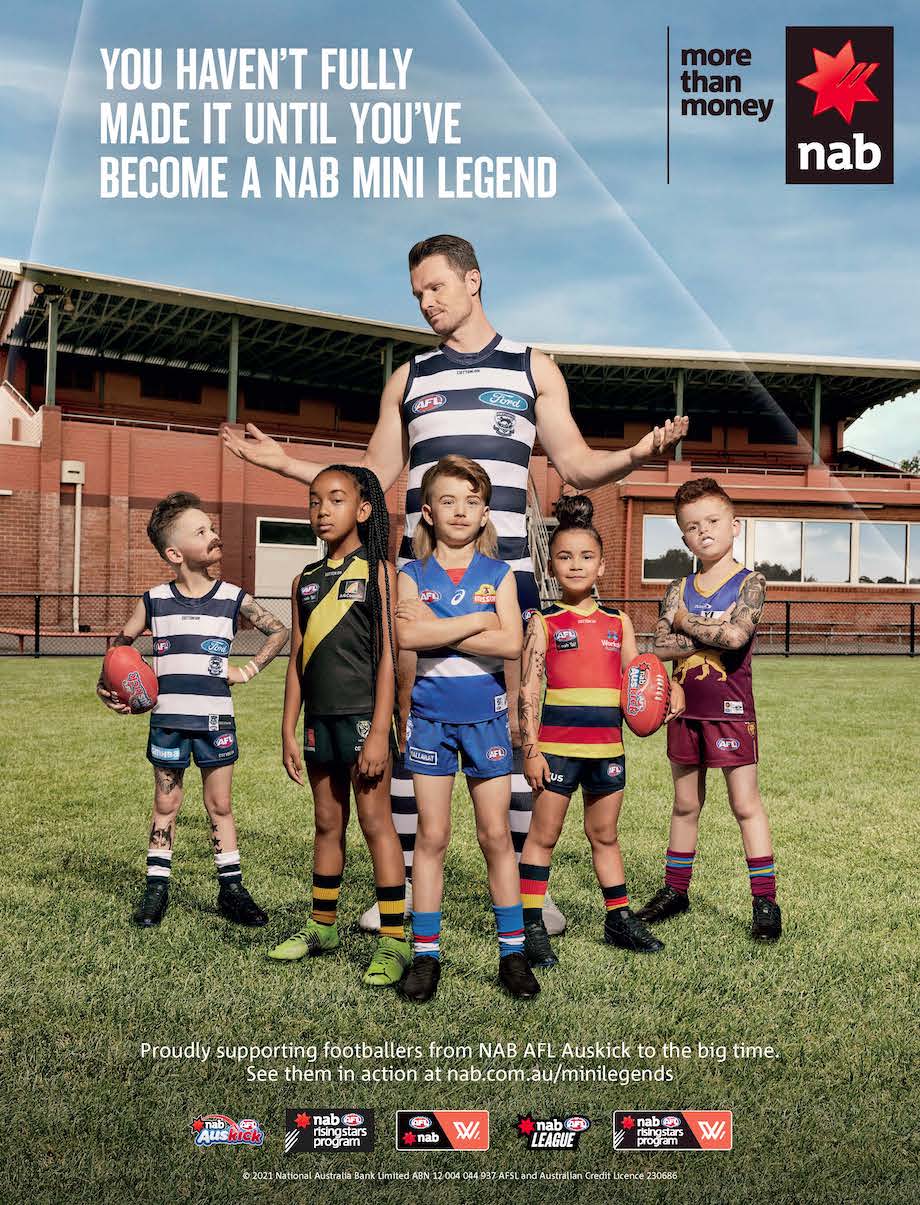