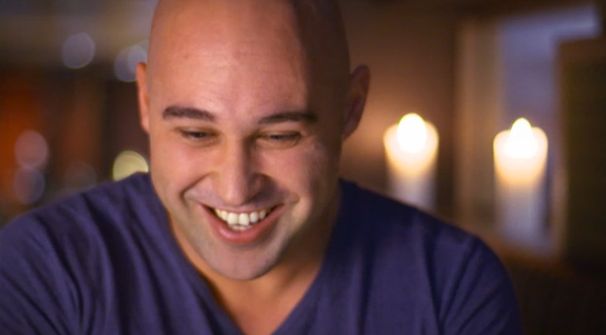 Feast magazine – a partnership between SBS and Pacific Magazines – has launched a major marketing campaign with the tagline “All food has a story”.

Created in-house at SBS, the campaign will run across SBS TV, digital and radio platforms as well as on the Seven Network and national print publications. It features foodies and well-known chefs including Guy Grossi, Shane Delia (pictured) and Adriano Zumbo.

Feast editor Alix Clark said the campaign reflected the magazine’s pursuit of authenticity in its recipes and storytelling.

Says Clark: “Feast is more than just recipes; it’s also about the stories behind the foods we love, the histories of our favourite dishes and warming insights into family and cultural celebrations. It evokes memories and inspires those who love to cook and eat. It’s heartfelt and it’s real.”

SBS marketing and production manager for Feast, Kate Arcidiacono, said the campaign was created to engage audiences in some of the fascinating stories from Australia’s great foodies.

Says Arcidiacono: “We wanted to share the amazing stories we’ve discovered from all sorts of people – home cooks, passionate foodies and well-known chefs. These stories reflect Australia’s diversity and rich food culture, and show exactly what both SBS and Feast magazine are all about.”

Launched in 2011, the monthly food magazine and iPad app showcase stunning photography and inspiring stories that bring the world to your plate. In the 12 months to March 2013, Feast posted a 30.5% uplift to now sit at 171,000 readers.