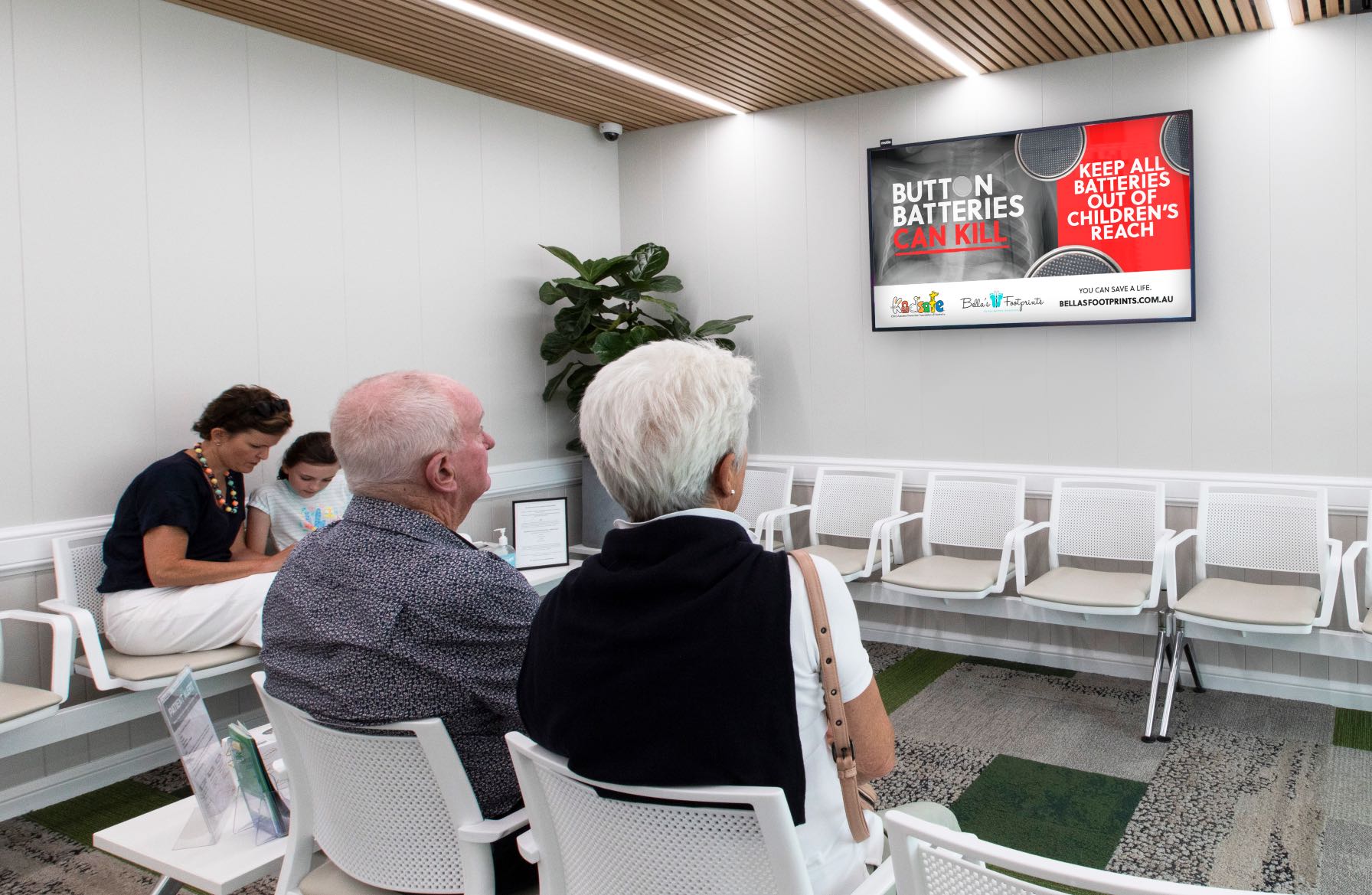 Across Australia some twenty young children per week, that’s over one thousand children per year – are going to Emergency departments around Australia after ingesting or inserting button batteries into their eyes, nose or throat and more deaths are inevitable unless change is made.

To help do that, outdoor advertising companies including JCDecaux, QMS, oOh! Media, Convenience Advertising, Shopper, VMO, Civic Outdoor and Motio are playing a role in changing that and creating much greater awareness around the dangers they pose. They are committing over a million dollars of outdoor media throughout January 2022 through the Bella’s Footprints Foundation.

The number one issue surrounding button batteries is the lack of public awareness of the lethal danger that these products pose – Some of Australia’s outdoor CEO’s saw the ABC Australian Story aired in February 2021 and wanted to play a role in changing that. These companies are setting out to create much greater awareness around the dangers they pose and were passionate about how well outdoor is well positioned to do this throughout Australia’s summer.

This is a demonstration of our commitment to raising public awareness of this critical issue and to help drive the impact even further with Motio also providing Bella’s Footprints one year of access to its content and creative agency, Enormity, to help produce content throughout the campaign on a pro-bono basis.

To date, there have been three recorded fatalities of children from swallowing button batteries – including the 2015 death of 14-month-old Isabella (Bella) Rees, daughter of Bella’s Footprints Foundation founder Allison Rees, who bravely told her story on the ABC program and has worked tirelessly to raise awareness in her daughter’s name.

Says Allison Rees, founder of Bella’s Footprints Foundation: “We are delighted and frankly, overwhelmed by the support of these amazing media companies to help increase public awareness around the critical dangers posed by button batteries, this is a campaign that really can save lives.

“There are so many more people out there that are still unaware of the danger that these products can cause so it’s vital that we raise awareness as much as we can, so joining forces with these companies is a really great way of doing that.

“Raising awareness of the issue will then help us reach our broader goals of making button batteries safer by mandating safer packaging and in-store display requirements as well as point-of-sale warnings about their dangers.

Says Adam Cadwallader, CEO of Motio and coordinator of the campaign: “We strongly believe that button batteries are a big problem that can be solved through heightening awareness. It’s a killer of kids. There’s a great deal of tragic causes that the advertising industry can’t solve, but possibly we could help prevent any further deaths from the ingestion of button batteries as an industry.”

Despite this widespread media coverage the issue remains very much a ‘sleeper’ issue with many parents – who are simply unaware of the critical dangers that they represent to young children if ingested either orally or nasally.

Adds Cadwallader: “Our industry cannot solve this problem by itself, but we can play our part in making a difference and have a fantastic opportunity to play a part in better informing thousands of people about the dangers of button batteries and creating awareness.”