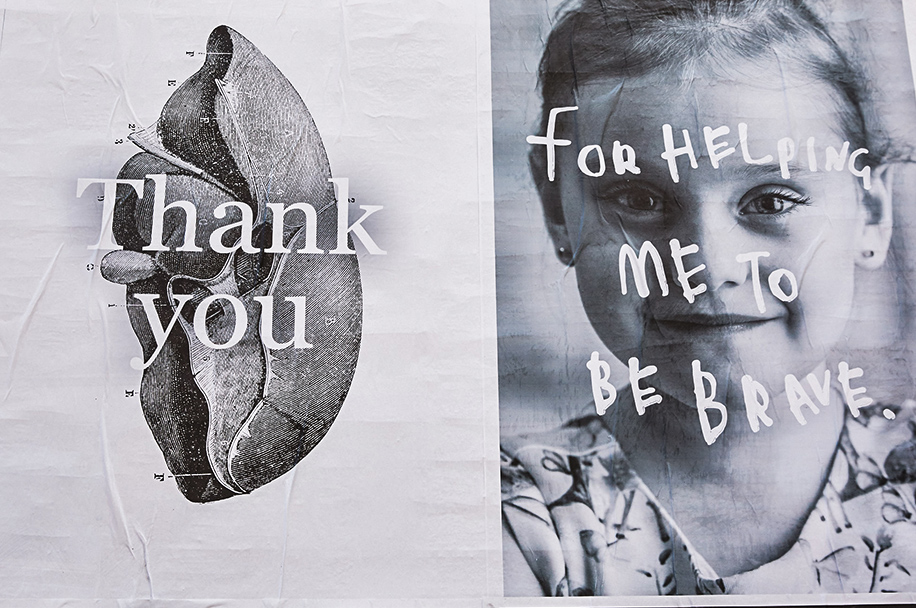 The Hallway has collaborated with heart transplant recipient Jayden Cummins on a campaign to encourage people to become registered organ donors.

Launched during DonateLife Week, the campaign includes a short film created by Cummins himself, which has been supported with a multi-faceted ambient campaign developed by The Hallway.

The three minute film, ​If I Could Talk To My Donor,​ is a very personal piece that writer and director Cummins made with the help of a community awareness grant from the Organ and Tissue Authority (OTA). The film features real life patients who are waiting to receive a life saving organ donation. The film’s emotional crux is each of them saying “THANK YOU” to the anonymous person whose future organ donation may one day save their life. 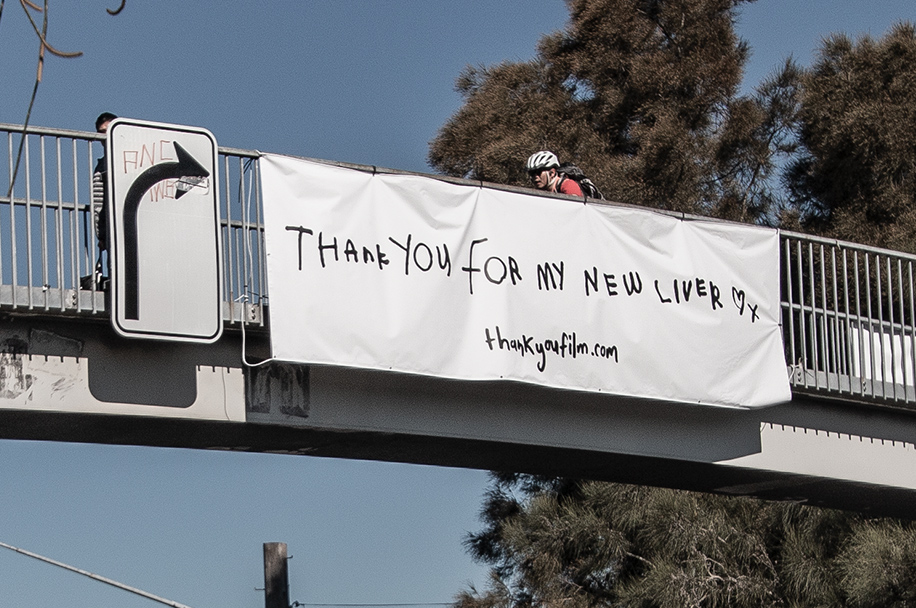 These THANK YOUs are a potent expression of the life saving impact that registering to be an organ donor can have. The Hallway’s ambient media campaign builds on this idea, with handwritten THANK YOU messages written on bridge banners, street posters, handmade roadside notices, and on THANK YOU greeting cards dropped at locations across Sydney. The campaign payoff is as simple as it is powerful: a​ n organ is the most precious gift a person can give​.

The campaign takes inspiration from handmade roadside posters and bridge banners often used to publish personal messages to loved ones – but in a very public way – usually to wish a happy birthday, welcome someone home, or even to propose marriage. It’s old fashioned personalisation for a message that is almost too personal for conventional advertising. 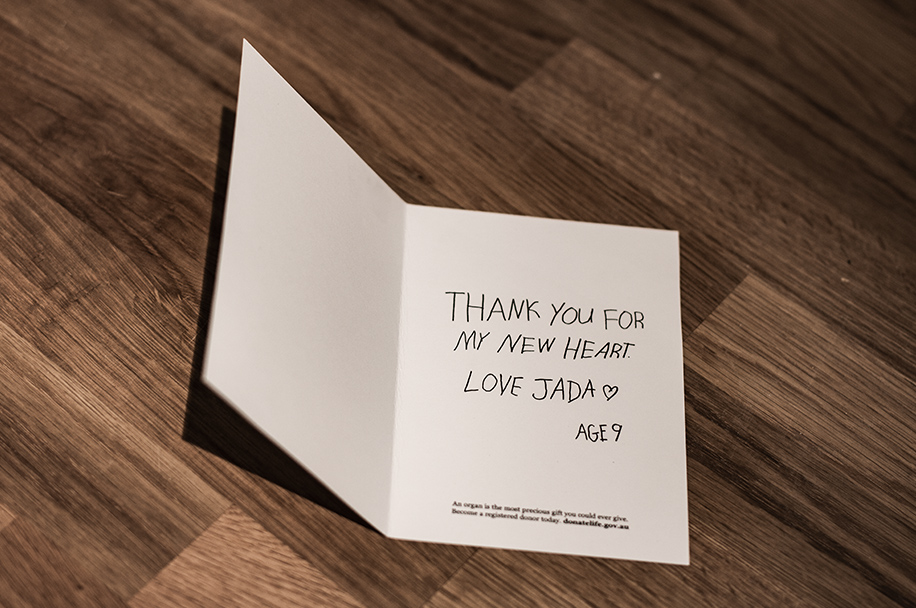 Sydney man, Jayden Cummins was diagnosed with cardiomyopathy in 2017 after a bout of the flu. His condition rapidly deteriorated into heart failure and Jayden was in a coma for two weeks. After being put on life support, he made it onto the organ donation waiting list and earlier this year, he received his life-saving heart transplant.

This profound experience inspired him to write a letter to his donor; a letter that would never be read by them. He published the text on social media, The Organ & Tissue Authority (DonateLife) picked it up, and the film idea grew from there. 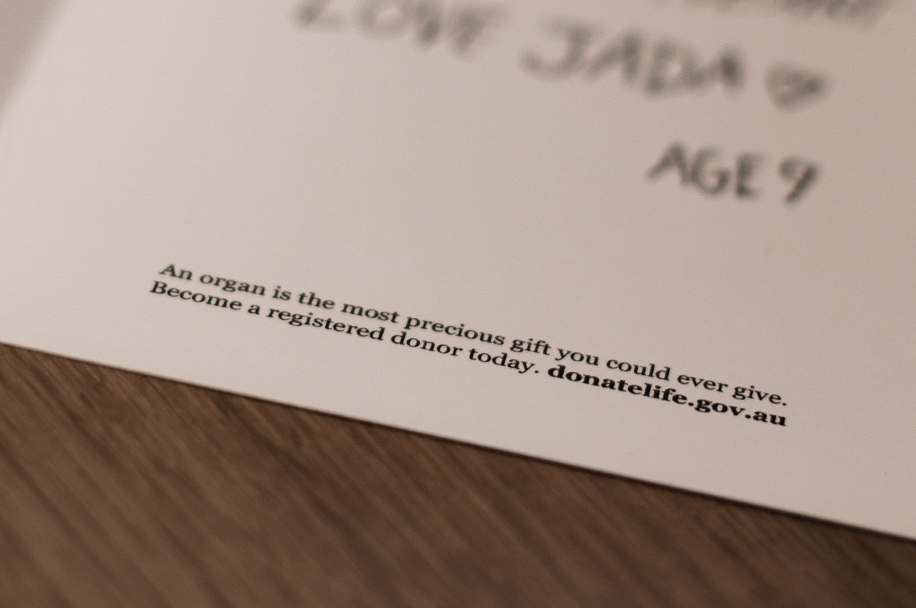 The Hallway’s CEO, Jules Hall, is a friend of Jayden’s and jumped at the chance to help him amplify the message and film project.

Says Hall: “His story and the way he tells it, it’s impossible not to be moved. For me it was even more powerful because exactly the same disease and transplant experience happened to one of my flatmates at uni. Twenty years later and he is still alive with three lovely children. Bottom line, this is a cause that really matters.”

Says Cummins: “I’ve never worked on such a deeply personal campaign before, so embarking on this journey with The Hallway has been the most wonderful experience. The team has breathed so much empathy, compassion and imagination into the project, and I feel we’ve created something truly unique and beautiful that will ultimately change lives. I really am forever grateful​.”

Jayden’s film is live at ​thankyoufilm.com.