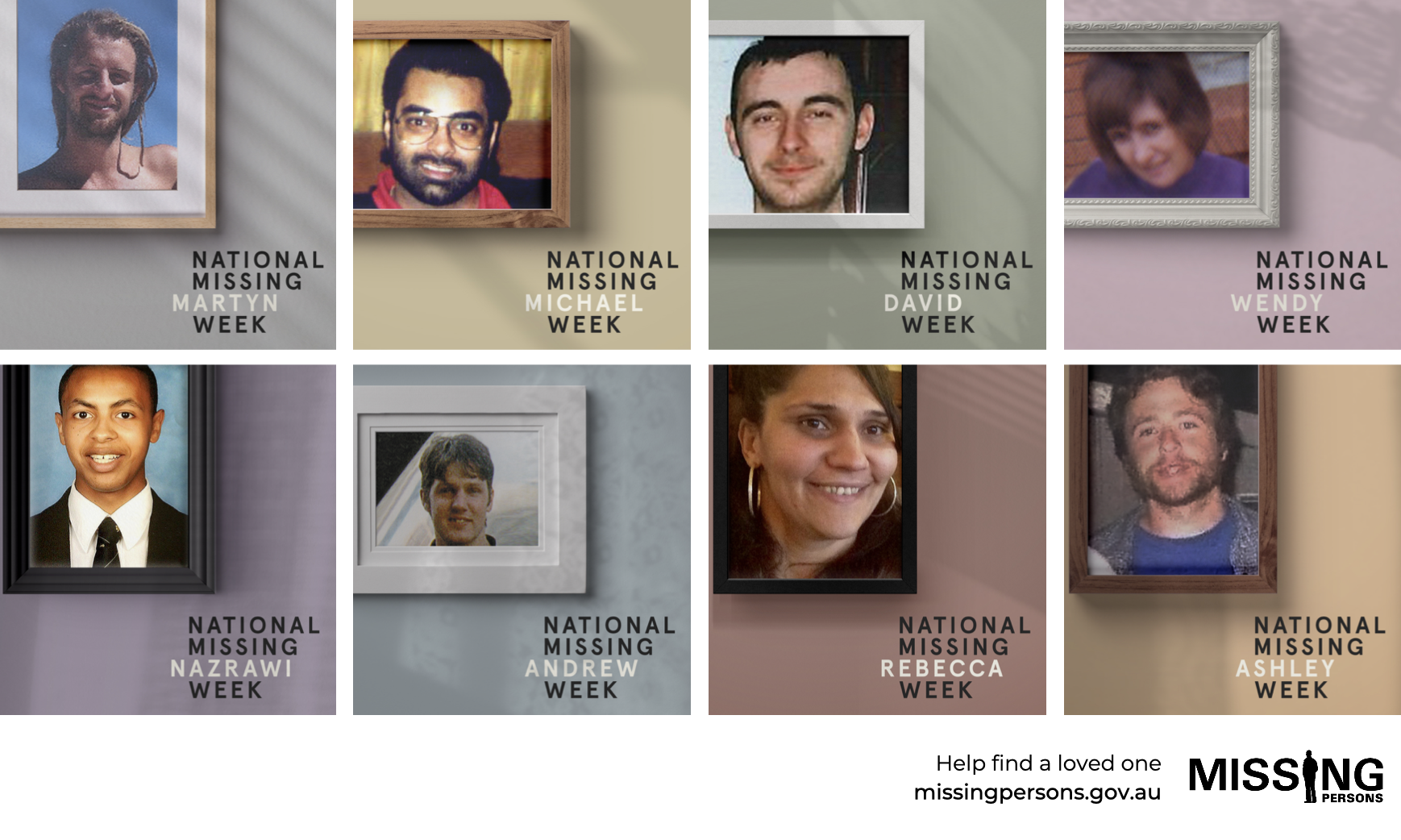 Starting today, Out of Home (OOH) signs across Australia will highlight and profile missing people as part of National Missing Persons Week (NMPW), which runs from Sunday 4 August to Saturday 10 August.

The 2019 campaign marks the eleventh year that Outdoor Media Association (OMA) members have supported NMPW in New South Wales, and the fifth year in partnership with the Australian Federal Police (AFP).

Research commissioned by National Missing Persons Coordination Centre (NMPCC) reveals that there are currently more than 2,600 Australians who have been listed as missing for three months or more.

The focus of this year’s campaign, is to highlight the people behind the statistics: they are fathers, daughters, students, chefs and academics with families and friends who are grieving their loss.

Says Commander Justine Gough, manager child protection, Australian Federal Police: “For many years, the Outdoor industry has been a valued supporter of NMPW with close to $5M of advertising space donated over the last 4 years – resulting in increased public awareness and perception of missingness in Australia.”

Says Charmaine Moldrich, CEO of the OMA: “Our network of signs are perfectly positioned to broadcast community awareness messages such as Missing Persons because they are in the places where people live, work and socialise. With 93% of the Australian population viewing Outdoor advertising each day, we hope that this campaign will spark a conversation, ignite a memory and be the encouragement that is needed for people with information to come forward.”

Says Commander Gough: “The impact of this contribution is invaluable, and the NMPCC values this important partnership. We look forward to continuing our work together to create awareness and reduce the incidence and impacts of missing persons in Australia.”