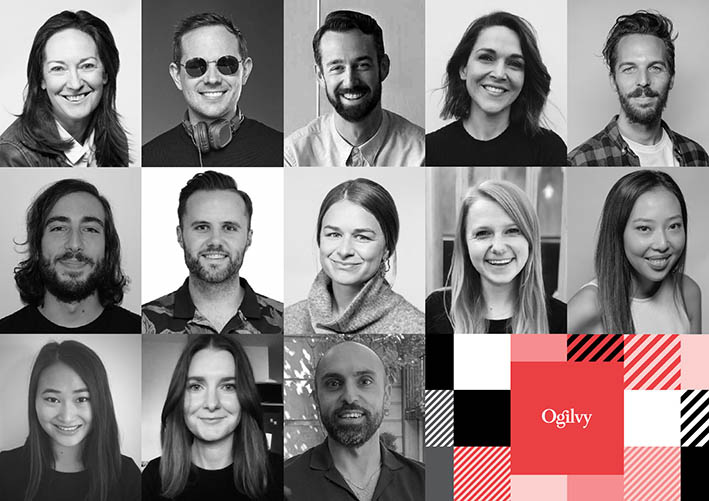 In their new roles, Boland and Clayton will continue to lead the Suncorp Insurance portfolio within Ogilvy Australia, including the highly awarded AAMI, Vero, and GIO brands.

Creative Directors Sharon Condy and Josh Murrell have also been promoted to Group Creative Directors. The award-winning team have worked together for almost 18 years, a third of that time at Ogilvy Australia. The pair will lead the creative charge on the Mondelez portfolio across chocolate, confectionary, and biscuits, which includes Cadbury, The Natural Confectionary Company and OREO brands among many others. They will also carry on their creative leadership on CPA Australia, HostPlus and Swinburne Online accounts.

Andrew Vohmann moves into an Experience Design Lead role, after four years as Senior Digital Designer. In his new role, Vohmann will work across the entire Ogilvy ANZ Network, boosting the creative firepower of the digital experience and innovation team.

In addition, Senior Creative Team John Pantzopoulos and Stephen Sheldon have joined Ogilvy from CHE Proximity, where they spent the last four years working on the Mazda account. Before CHEP, they spent three years at Wunderman Thompson’s GTB working on Ford.

In account service, Senior Account Director Bianca Kerr has been promoted to Group Account Director, after four years at Ogilvy focusing her efforts on the Mondelez business. Kerr has previously held senior roles at Clemenger BBDO and the Quattro Group.

Jenny McLarney has been promoted to Senior Account Director while Cherry Lin moves into a Senior Account Manager position after four successful years with the agency.

Says Gavin MacMillan, Managing Director of Ogilvy Melbourne: “These promotions come in recognition of the team’s continuous contribution to Ogilvy Australia and our client partners. This amazing group of individuals have dedicated themselves to helping us and our clients grow. Their loyalty and passion deserve this recognition. Together with our talented new arrivals, I have no doubt they will continue to succeed into 2022 and beyond.”