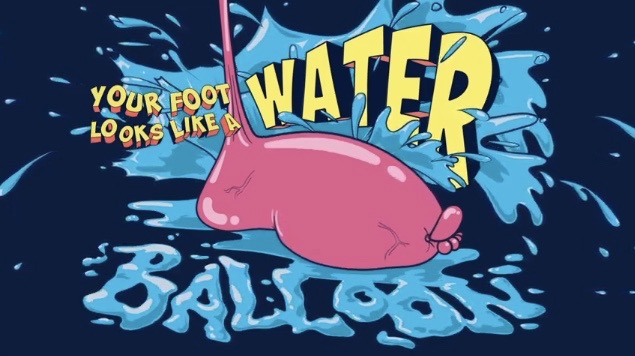 It’s late at night and you need a doctor. Where do you go? Sadly, far too many people head straight to the hospital emergency department with minor medical ailments.

In a new campaign for the North Western Melbourne Primary Health Network (NWMPHN) launching today, Icon Agency aims to drive awareness of the alternatives by encouraging people to visit their nearest after hours medical services using the national Healthdirect app. 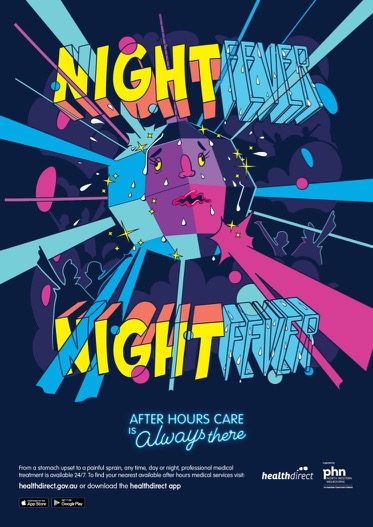 Says Bechervaise: “We set out to build a brand for After Hours Care that people will remember. When someone has a medical situation in the anxious hours of the evening, we want them to consider a better option than the emergency department.

“For the campaign to be effective, we needed to cut through and bust the mundane category norm. We wanted to tap into people’s anxiety in a provocative way, and help them realise the situation might not be as bad as they think before making the call.”

The campaign, which will roll out across large format outdoor, bill posters, public 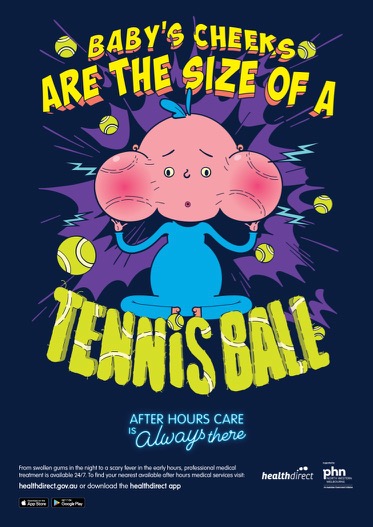 Says Clausen: “Engaging audiences without getting hung up on the seriousness of the subject was a major part of our strategy. The executions hero typical medical conditions that people present with in accident and emergency departments, when they may have visited an after hours clinic instead.

“The campaign is challenging but also reassuring. We’re saying these are the kind of things an after hours GP or a nurse on call could help you with.”

Says Mary-Anne Toy, director strategic relations, NWMPHN: “People often don’t realise that there are many after hours medical services, so they automatically default to the emergency department. If we can get people to find their nearest after hours medical services and take some pressure off hospital emergency departments, everyone will feel better.” 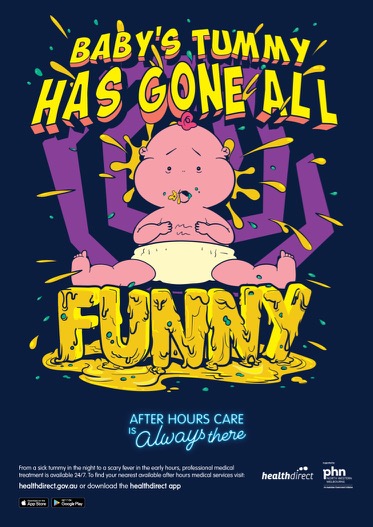