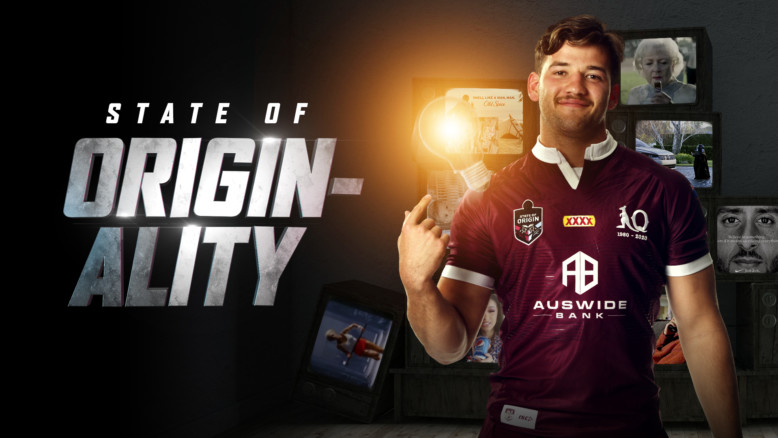 Nine has unveiled a final selection of seven entries in its State of Originality competition and opened the public voting component, as the 2021 State of Origin series concluded this evening on the Gold Coast.

The final round of the competition, aimed at inspiring Australian marketers and creative agencies to come up with new creative executions, sees major brands Arnott’s, Isuzu, Officeworks, Rebel, Sportsbet, Stan and Warner Bros. entering for the chance to win the biggest prize in Australian advertising.

In total, 16 brands entered the competition, which was created by Nine’s marketing solutions division Powered and announced at last year’s Upfronts, with more than $1 million in advertising inventory up for grabs across Nine’s leading television, radio, digital and print assets.

The seven new entries in the competition are: Sportsbet for ‘Bet with Mates‘; The Arnott’s Group for Tee Vee Snacks and Krispy Kreme, collaboration by Saatchi & Saatchi and Spark Foundry; rebel ‘Sport is Calling‘ by The Monkeys Melbourne and OMD; Stan for ‘Power Book III: Raising Kanan‘; Officeworks for ‘This tax time, it’s payback time‘ by AJF Partnership and Initiative Melbourne; Isuzu for the Isuzu MU-X teaser campaign by AKQA Worldwide and Publicis Worldwide; and Warner Bros. for ‘Spacejam‘ by Mediacom.

In each round of State of Origin, Nine has unveiled new entries for the competition, with campaigns by SA Tourism, McDonald’s, Google, Bundaberg, MenuLog, Four N Twenty, Resmed, Anaconda and BWS showcased in the two previous rounds. See here and here for links.

The Australian public has also been given the opportunity to participate with 20 per cent of the voting going to votes cast via the Wide World of Sports website. Entries are open via stateoforiginality.wwos.nine.com.au till Friday July 16 midnight.

Says Liana Dubois, Nine’s director of Powered: “We are excited to announce the final instalment of entries. At each stage we have been thrilled to see Aussie marketers and their agencies taking up the challenge we laid down to show us their original thinking through the unique opportunity that is State of Originality.

“Our goal in creating State of Originality was to drive new creativity and ensure the advertising on screen is as entertaining and engaging as the footy on the field, and there are certainly a number of these ads which meet that criteria.”