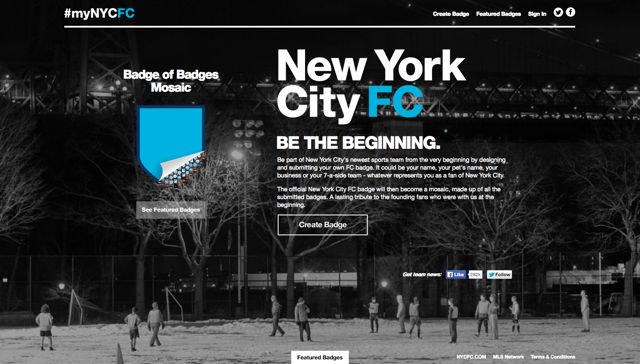 Not only does it officially kick off Droga5 NY’s creative partnership, but it is also the first opportunity for New Yorkers to interact directly with the team. The online platform allows fans to contribute to the creation of the new soccer team’s official badge by submitting design ideas via a customizable badge creator at nycfc.com/mynycfc. 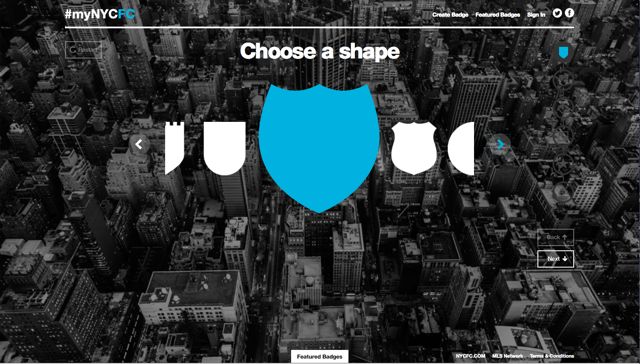 As the representation of a soccer team’s founding history, NYC FC’s badge will be a key element of the team’s identity. By asking New Yorkers to provide inspiration via their own personal badge submissions, New York City’s newest sports team seeks to get its hometown and its fans involved in a lasting and meaningful 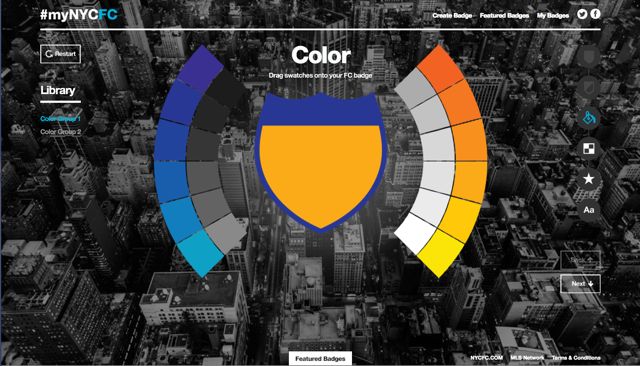 As some of the first to use the myNYCFC platform, iconic New York businesses and personalities including Betsey Johnson, Brooklyn Bowl, the Alliance for Coney Island, Papaya King, Bond Street Chocolates, Zabar’s and many more have provided the first badges, viewable here. 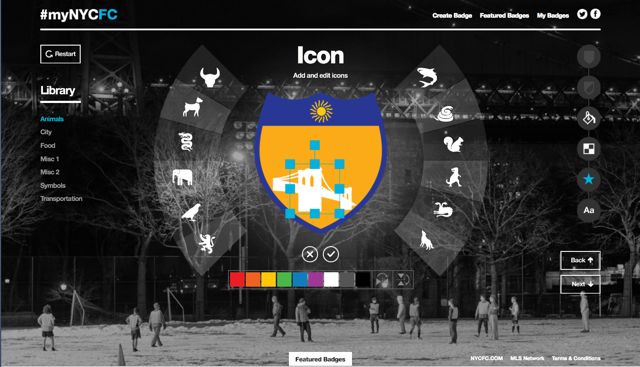 The platform launches today and will remain open for submissions through March 2014, after which all fans’ individual badges will be compiled into a permanent piece of artwork to commemorate the club’s founding. 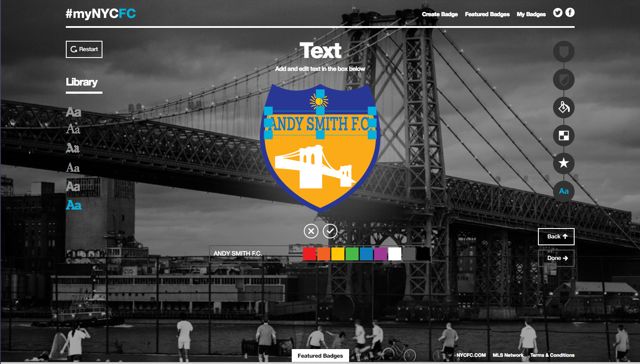 addition to Major League Soccer by visiting the site and creating a badge.