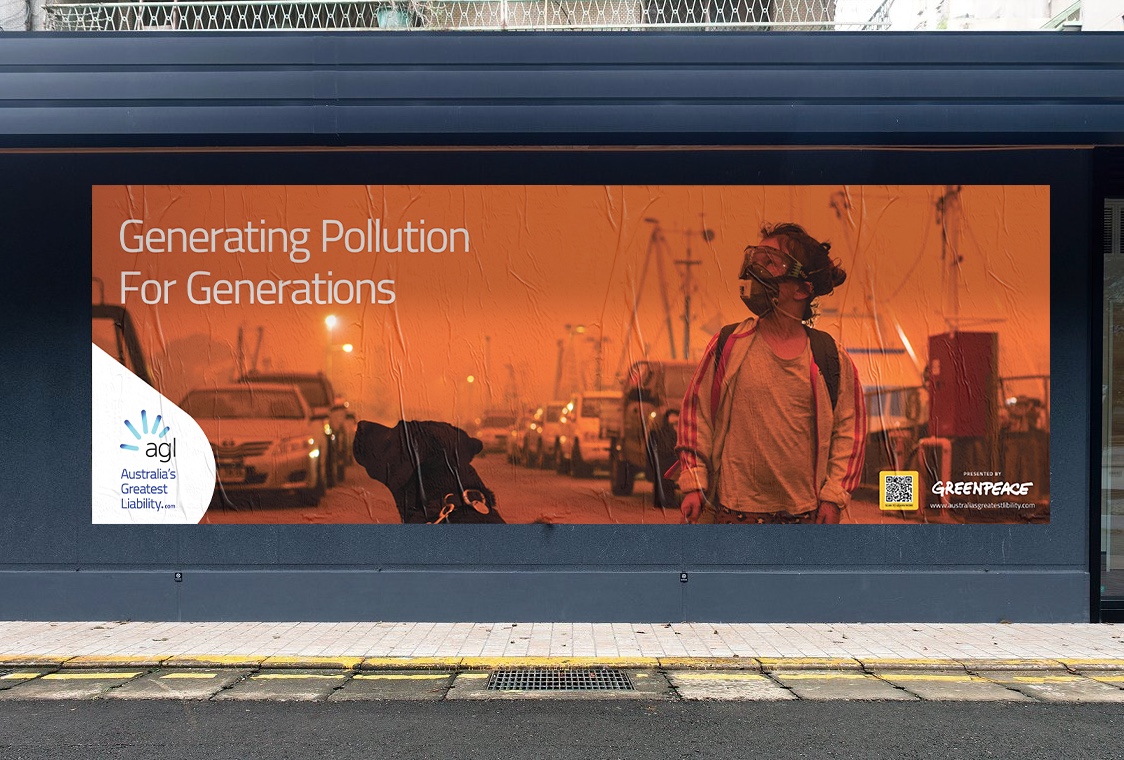 AGL, Australia’s largest energy company, has traded on its ‘sustainable’ image for years – but now, as a new report and ad campaign from Greenpeace Australia Pacific and Monster Children Creative reveals, AGL is Australia’s biggest climate polluter, and it’s time to set the record straight.

The report, Coal-faced: exposing AGL as Australia’s biggest climate polluter, shows the pivotal role that AGL plays in fuelling climate change in Australia, as the owner of the country’s most polluting coal burning power stations, and the “greenwashing” the company has engaged in through its advertising and branding campaigns.

Greenpeace Australia Pacific head of communications Nelli Stevenson said that AGL has a duty to come clean to its millions of customers across the country about where its energy comes from: “For years, AGL has been trying to pull the wool over our eyes to hide its dirty and climate-wrecking coal operations, masquerading as a renewables leader when 85% of the power it generates comes from dirty coal.

“AGL’s advertising and marketing trumpets its ‘green’ credentials, and the company even rebranded a few years ago vowing to be more ‘sustainable’ – but in fact, as this report reveals, AGL is still Australia’s biggest climate polluter.

“In focus groups, Greenpeace has been shocked to find out how many people think AGL is renewable-energy focused company – when in fact AGL is the opposite, and is one of the main blockers to Australia’s efforts to reduce greenhouse gas emissions because of its polluting coal-burning power stations.

“It’s time to set the record straight on AGL and help AGL’s millions of customers understand where their energy really comes from. That’s why Greenpeace Australia Pacific is launching a major advertising campaign today calling on AGL to ditch coal and live up to the ‘renewable’ image it presents.” 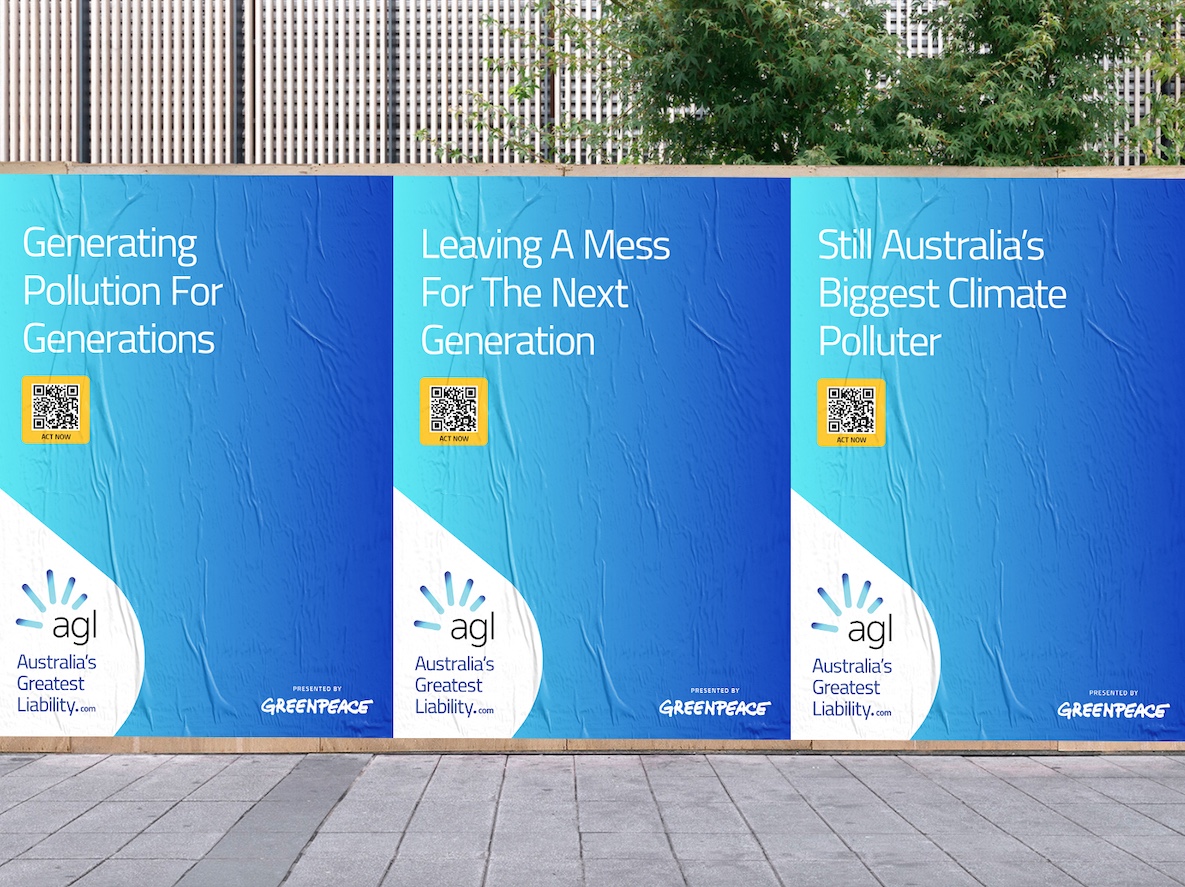 Says Rachel Blackley, CEO of Monster Children Group: “We are proud to help support Greenpeace in their efforts to hold organisations such as AGL to account. It is essential that Australians are able to make educated and informed choices about the businesses they choose to engage with.”

Says Belinda Noble, founder of Comms Declare, an alliance of communications professionals committed to fighting the climate crisis: “With ads full of electric cars and wind turbines, there is no doubt AGL is trying to give the impression that it is the solution to global warming, when in fact, it is our major domestic contributor.”

“It’s “Progress for Life” campaign looks similar to those by big oil companies that have been legally challenged in the UK and US for greenwashing.”