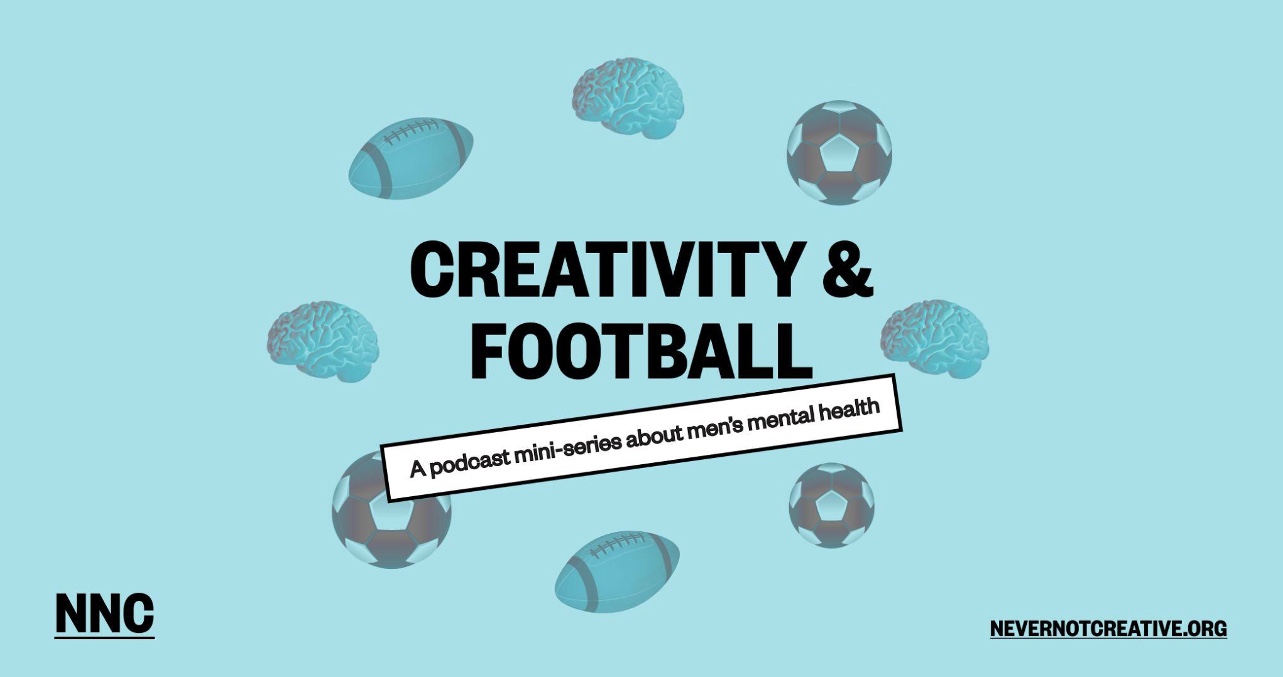 Never Not Creative (a community focused on improving outcomes for creatives, nevernotcreative.org) has released a five episode series of its podcast titled Creativity & Football. The series brings together inspiring men passionate about all forms of football from Melbourne to New York to Zurich.

Ok, it has nothing to do with football. It’s a trojan horse. A safely titled podcast series that invites men in the creative industry to hear from other men about their experiences with mental health. Over the past 3 years of presenting, attending and producing mental health events and content one thing has been clear. Put mental health in the title and you’ll see a room with a maximum 10% of men.

Never Not Creative founder Andy Wright invited men to share their experiences and learnings in order to help others to realise that speaking up can not only help you, but also a whole community of men like you.

In Episode 2, psychologist Zac Seidler who is also director of training at Movember shares findings from his vast research into men’s mental health discovered through his quest for making a dent in the male suicide rates around the world.

VMLY&R’s New York based executive creative director, Craig Elimeliah joins in Episode 3, sharing his journey and a recent public post about his life with ADHD, anxiety and low self-esteem.

Episode 4 hops over to Switzerland with lettering artist, Stefan Kunz and how he opens up, holds himself accountable and lives with the reality of how his best can rank high or low on any given day.

Says Andy Wright, creator of Never Not Creative: “This has been on our list for a long-time. To reach out to men and give them the confidence to share stories, open up about their mental health, and to realise that what might seem scary or weak is actually empowering and better for themselves and those around them.

“Together with our current study into empathy, this series wraps up the year with a focus on trying to help us be more human. Hopefully we can take these stories and learnings into a healthier, happier 2022.”

The series is available on all major podcasting platforms by searching Never Not Creative or by visiting https://bit.ly/creativity-and-football.

Support from Streamtime.net and Endel.io, with editing by Rawin Keo.