Some of the nation’s most famous and recognisable landmarks, including the Sydney Opera House, will light up red tonight in support of the Heart Foundation’s annual 24-hour fundraising challenge, Give with Heart Day, which takes place tomorrow (Wednesday 15 September 2021) in a campaign developed by specialist healthcare creative agency, DDB Remedy.

As the sun sinks below the western horizon this evening, the Opera House’s iconic sails will glow red, along with about a dozen other notable landmarks in cities around the country, including:

(Click here for the full list of landmark illuminations. People living in locked-down cities should not leave their homes to view the illuminations. The Heart Foundation will post photos and videos on its social media accounts for everyone to enjoy.)

Heart Foundation chief marketing officer, Caroline Elton, said the illuminations represent an incredible show of support from across Australia for Give with Heart Day: “With COVID-19 dividing our nation in so many ways, we are extremely grateful and humbled to see the states and territories uniting in this way to shine a light on heart disease and Give with Heart Day.

“We have also received video messages of support from some state and territory leaders around the country, including NSW Premier Gladys Berejiklian and NT Chief Minister Michael Gunner, who is himself a heart attack survivor.”

Some other venues will be lighting up red tomorrow night, on Give with Heart Day itself. These include Canberra’s Telstra Tower; Queensland Parliament House; and the Town Hall and Footbridge in Adelaide.

Elton added that more Australians die of heart disease each year than any other cause. Every day, 50 Australians lose their lives to heart disease, tearing families apart: “Give with Heart Day rallies supporters throughout Australia to help raise money for heart disease research. Through life-saving research funded by the Heart Foundation, many Australians are given a second chance at life, keeping families together.

“As Australia’s largest non-government funder of research into heart disease, saving lives and keeping families together is at the heart of what we do. But we need the public’s support to continue this work because, despite big advances, heart disease still kills more people than any other single cause and millions of Australians remain at risk.

“We rely heavily on donations – four in every five dollars given to the Heart Foundation is from hard-working Australians. This has allowed us to support game-changing discoveries and deliver programs and support to millions of Australians over the past 60 years. But we need the public’s support to maintain this momentum because heart disease still affects far too many people.

“On Give with Heart Day, we’re aiming to raise $1.5 million to help the Heart Foundation continue to fund breakthrough research and life-changing support for families impacted by heart disease.”

This year’s Give with Heart Day ambassador is John Aloisi. The Australian football icon, former Socceroo and football coach is best known for scoring a goal during a penalty shoot-out against Uruguay in 2005 – helping Australia qualify for the World Cup for the first time in over 30 years.

At the end of 2019, Aloisi, who is also a father of three daughters, was diagnosed with a tear in one of the valves in his heart. He had open-heart surgery the following week which was a success.​

“I woke up and saw my two eldest daughters and my wife. I remember giving them the thumbs-up that dad’s OK,”  Aloisi said in a hero video filmed for the campaign. “I look at it like there was life before the surgery and now life after surgery. It does feel different; it feels like I’ve got another opportunity to help and give back.”

Another key component of the Heart Foundation’s Give with Heart Day campaign is a “takeover” of tomorrow’s episode of “The Morning Show” on the Seven Network.

This will be the second year that “The Morning Show” has dedicated its entire programming on Give with Heart Day to raising awareness about heart disease, and encouraging Australians to donate and help the Heart Foundation fund life-saving research.

During tomorrow’s show, hosts Larry Emdur and Kylie Gillies will interview guests who have been impacted by heart disease, including “Sunrise” presenter Natalie Barr, as well as everyday Australians with powerful personal stories.

The program will also feature interviews with experts, such as cardiologist and Heart Foundation interim Group CEO, Professor Garry Jennings, and a wealth of information about heart health.

Other elements of the week-long Give with Heart Day campaign execution include:

The campaign will be supported through the Heart Foundation’s owned channels, website, Helpline, social media channels and eDMs. 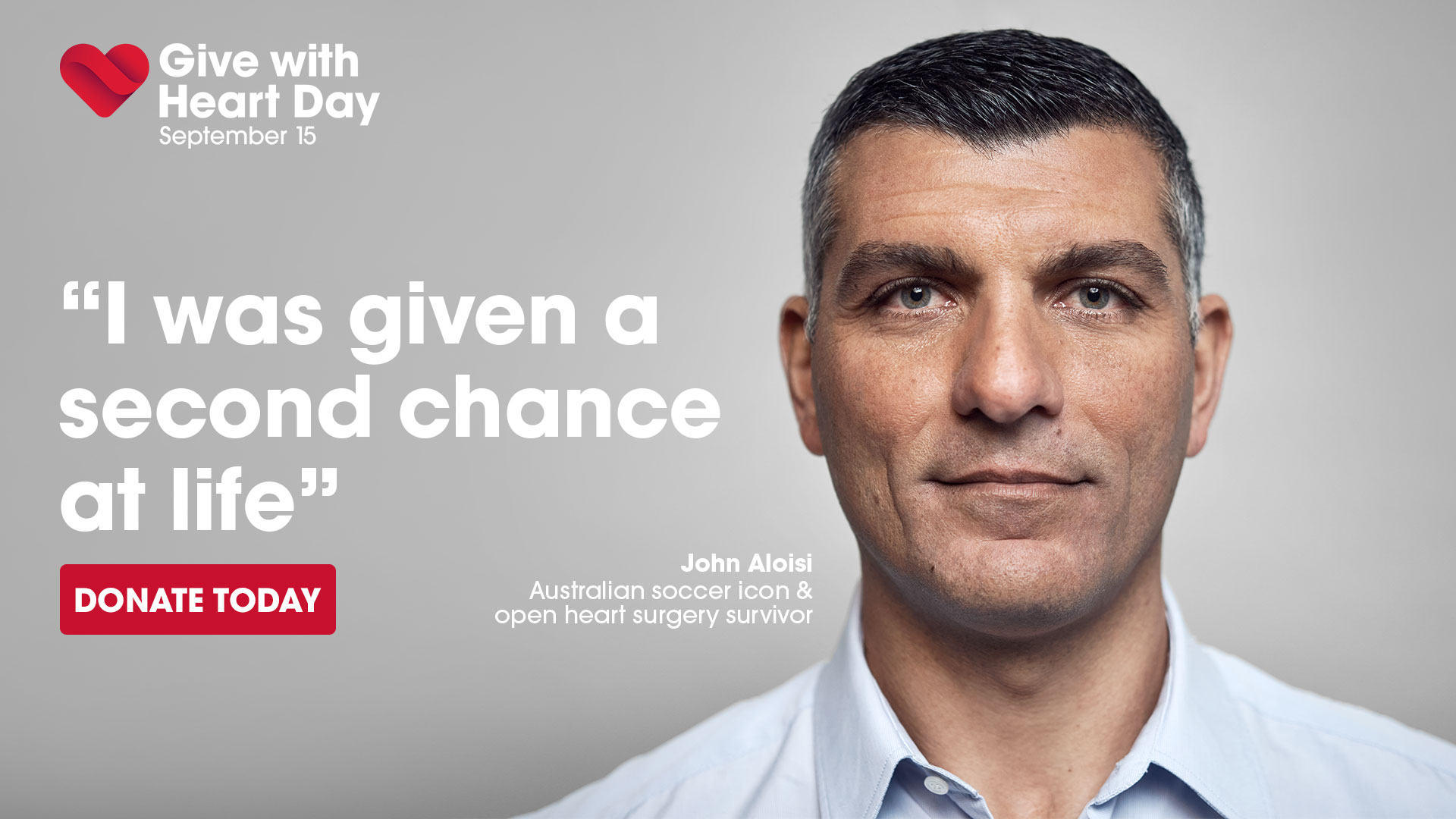 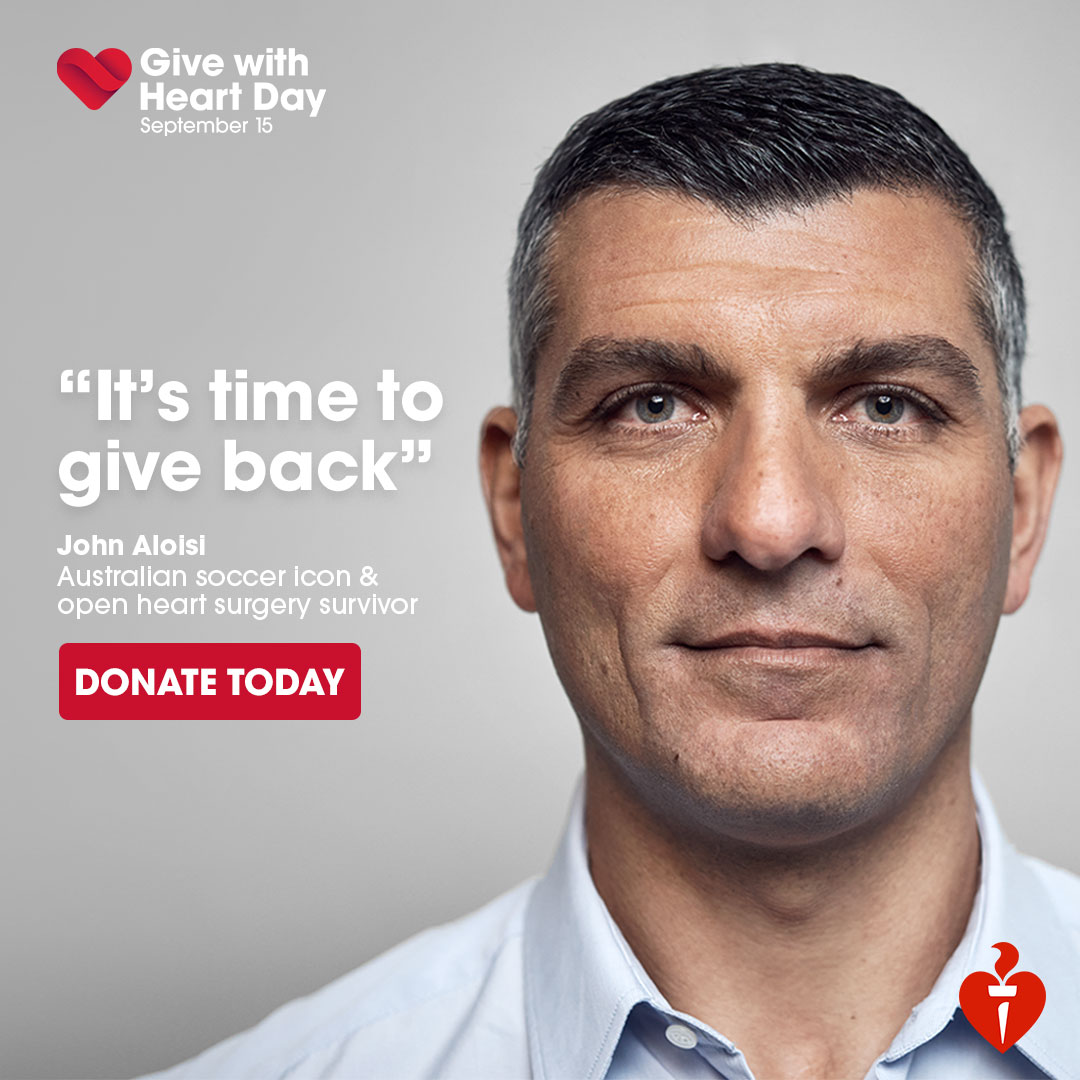