NAB gives away giant cheques in a social experiment via Clemenger BBDO, Melbourne 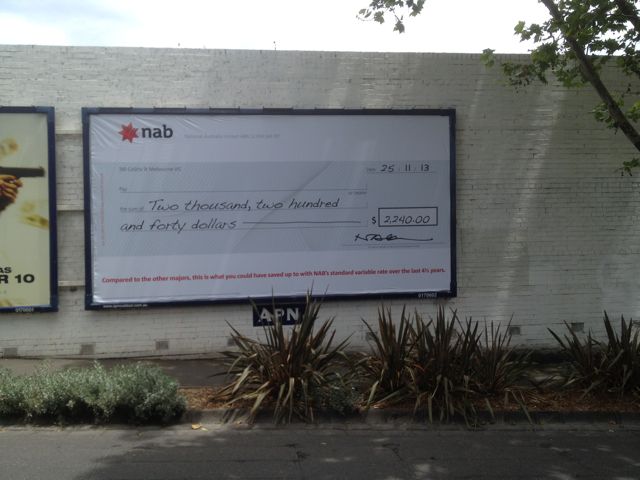 NAB has put up four oversized cheques on billboards in Sydney and Melbourne, written and signed to the value of $2240. All they need is for someone to write their name on the cheque and take it to a NAB branch to have it honoured (after they’ve managed to detach it from the 48-sheet billboard, of course). 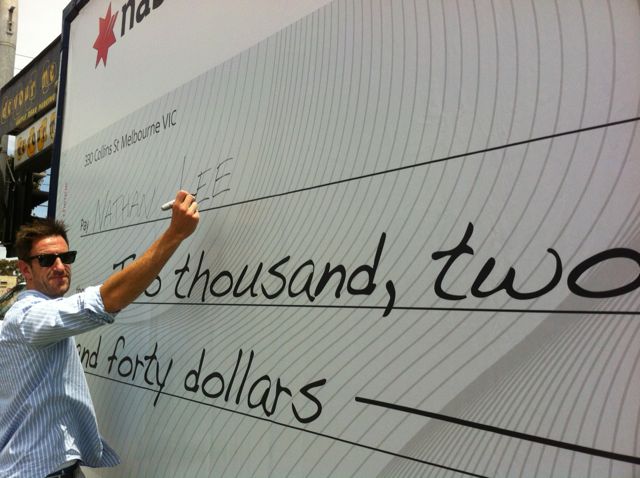 NAB head of marketing Sandra De Castro says the experiment highlights how much money a customer of the other major banks could save by switching to a NAB More Give Mortgage.

Says De Castro: “Our experiment is a bit of fun, but it also has a point: the people who find and take down the cheques know what it feels like to have a NAB More Give 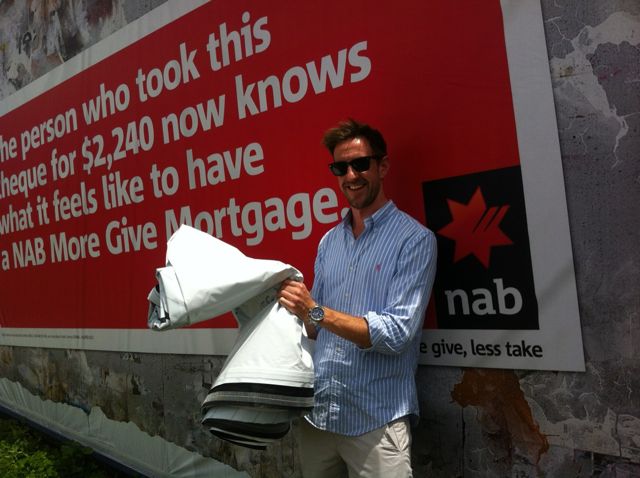 Mortgage. The $2240 they now have is what they would have saved over the last four years on NAB’s standard variable rate compared to that of the other majors.” 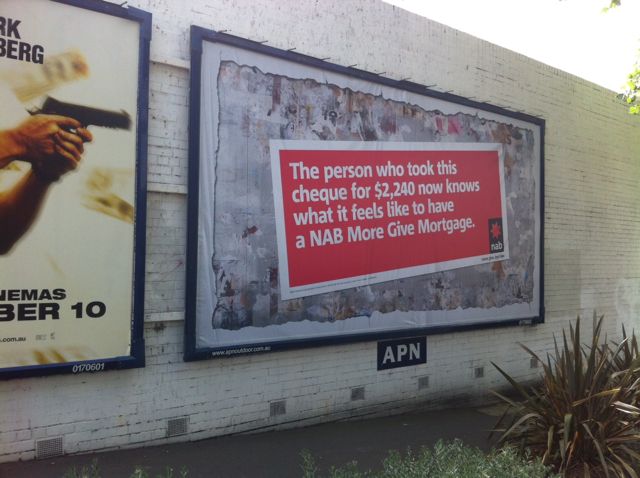 whether the cheques were real.

Says Keogh: “A cheque can be written on anything – a man once tried to cash a cheque written on a cow. So these cheques, while the size of a billboard, are legal tender, to be honoured in full when taken into a NAB branch.”

Once the cheques are removed, they reveal different billboard artwork which reads: “The person who took this cheque for $2240 now knows what it feels like to have a NAB More Give Mortgage.”